Anne Gorsuch Burford speaks during her time as the director of the EPA. (Twitter)

Trump announced his selection of Gorsuch to join the Supreme Court on January 31. The president said about Gorsuch during his announcement speech:

Judge Gorsuch has outstanding legal skills, a brilliant mind, tremendous discipline and has earned bipartisan support. It is an extraordinary resume — as good as it gets.

Now, replacing Scalia turns to the confirmation process for Gorsuch. He is almost assured to incite a “political brawl” early on in Trump’s presidency from the opposition in confirmation hearings.

But, as the Los Angeles Time reported, Gorsuch, a 49-year-old conservative judge from Colorado, is “likely to be confirmed.”

His rise to stardom and interest in the judiciary system and the government was likely brought on by his mother, Anne Gorsuch Burford, who worked for the government and was the administrator of the Environmental Protection Agency under President Ronald Reagan.

Here’s what you need to know about Burford:

1. Burford Was the First Female to be Appointed EPA Administrator 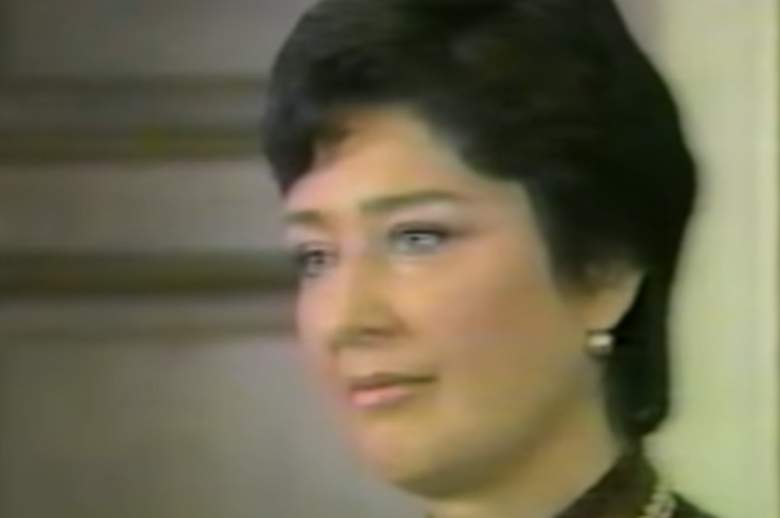 Burford, then Anne Gorsuch, was the fourth appointed EPA administrator in the agency’s history. She was appointed to the position by President Ronald Reagan and served from May 20, 1981 until March 9, 1983.

She was the first female appointed to the position in its history, with there being three selected following her tenure (Carol Browner from 1993-2001; Christine Todd Whitman from 2001-2003; Lisa Jackson 2009-2013).

2. Once Appointed, She ‘Tried to Dismantle’ the EPA

Almost as soon as she was at the post, Burford tried to “dismantle” the EPA.

Burford was noted as saying in an interview:

There is no riper pasture for regulatory reform than E.P.A. Excessive regulations, burdensome paperwork for industry and government, federal-state friction, and huge costs at a time of increasing economic stringency … were clear signs that change was needed in the 1980s.

Her thoughts on the agency’s role became clear to some and turned into action on typical agency regulations, such as being lax on the timetable for the disposal of toxic waste.

In her tenure, she successfully reduced the number of cases filed against alleged polluters and approved the spraying of pesticides, which were of the restricted-use variety. She also cut the amount of employees in the agency and hired lobbyists to join the agency.

3. Burford Was Cited For Contempt of Congress & Resigned Following a Scandal

It wasn’t only her anti-regulation desires that caused a concern for the public and some legislators, it was her refusal to submit documents after public and congressional outcry.

In 1982, Congress accused the EPA of mishandling a $1.6 billion toxic waste fund and “demanded” the proper records from her.

Burford refused to release the documents to the body and in returned was cited for being in contempt of Congress.

Eventually, the EPA turned over the documents after Reagans White House dropped its claim that the information was unable to be subpoenaed because they were part of executive privilege. Once the White House quit pursuing the claim, Burford resigned from her role with the EPA. She said she did so because “it was getting to the point where (she) couldn’t do (her) job anymore.” She added that she left the post because she believed that she “had become the issue,” saying that “it’s hard to lead a normal life when there are people camped in your front yard.”

In a March 9, 1983 letter, Reagan accepted her resignation, writing:

For the past two years, you have faithfully and honestly carried out your mission of helping this Nation cleanse its air and water and make wiser use of its lands. I am personally very grateful to you for the fine — and often courageous — service you have given, and I share your pride in the progress we have made during your stewardship at EPA

The president added in the letter that he was “greatly disappointed” that people “unjustly attacked” her.

4. Burford Had 3 Children & Was Married Twice

Burford was married twice in her lifetime.

She first got hitched to David Gorsuch in 1964 shortly after finishing law school at the University of Colorado Law School. She received her J.D. at the age of 22.

The couple had three kids together; two sons — J.J. and Neil — and a daughter — Stephanie.

The two got a divorce in 1982 while she was working as the EPA’s administrator. But in 1983, she married Robert Burford, who was the head of the Bureau of Land Management at the time. The two had spent time working together in the Colorado House of Representatives prior. They filed for divorce in 1993. 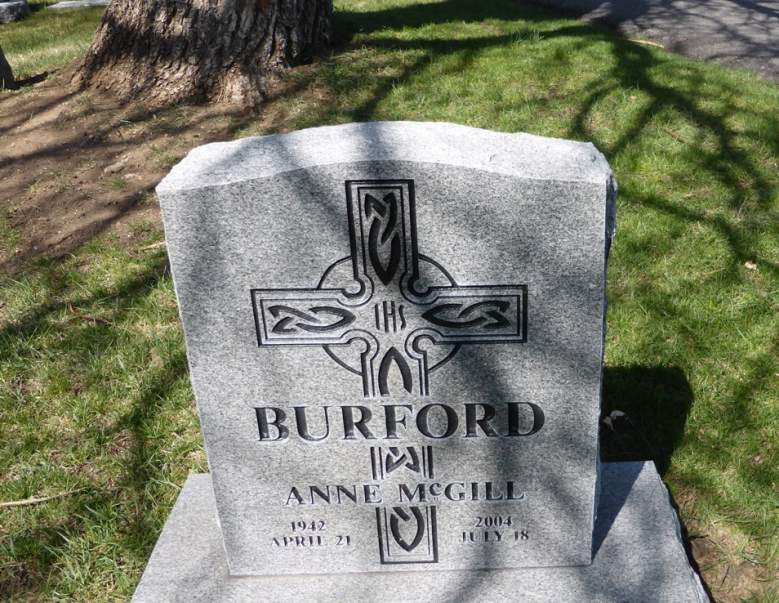 The gravestone of Anne Gorsuch Burford. (VDR/Find A Grave)

Burford, then 62-years old, died following a battle with cancer in 2004 in Aurora, Colorado. Her daughter Stephanie Gorsuch confirmed her mother’s death to The New York Times on July 22, 2004.

Not much was made public about the specific type of cancer she suffered from, or how long her battle with the disease had been. But she is buried at Mount Olivet Cemetery in Jefferson County, Colorado.

Burford’s ex-husband, Robert, died in 1993 at the age of 70 with the couples’ divorce still pending.