Proctor is Earhardt’s second husband. She was previously married to Kevin McKinney from 2005 to 2009.

Here’s a look at Proctor’s life and career. 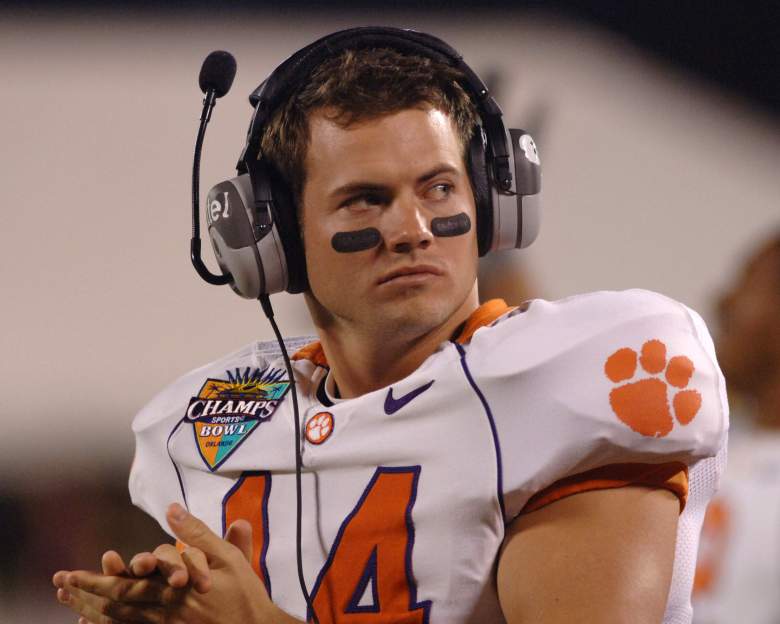 Proctor played three seasons of college football at Clemson. According to Sports-Reference, he didn’t play during his freshman year. In 2004, he appeared in just three games and played in four in 2005. In 2006, he got a lot more playing time, appearing in 13 games and throwing for 2,353 yards and had 183 completions. He had a 60.2 completion percentage and 16 passing touchdowns.

Proctor didn’t catch the interest of NFL teams, so he went north of the border after graduation. The Winter Park, Florida native played for the Montreal Alouettes and the Calgary Stampeders. In 2009, he retired from football for good.

In November 2015, Earhardt and Proctor welcomed their first child, Hayden Dubose Proctor. Earhardt shared photos of the beautiful baby on her Twitter page.

“We are absolutely thrilled to welcome our new baby girl, Hayden, into this world. My husband and I are overjoyed,” she wrote.

Earhardt dedicated her book, Take Heart My Child, to her daughter. She told TVNewser that she was pregnant with Hayden while writing it.

“Mom was a school teacher and she had to be at work at 7:30 every morning. So Dad was in charge of us three kids around the breakfast table,” Earhardt told TVNewser of her parents. “He always made it creative, he did the bananas with the smiley face and the eyes with peanut butter on top, made us drink grapefruit every morning even though we had to do it holding our noses. He always had a scripture or saying or some sort of note next to our cereal with an inspirational quote.”

3. Proctor Got a Job at Neuberger Berman That Was Created Just for Him 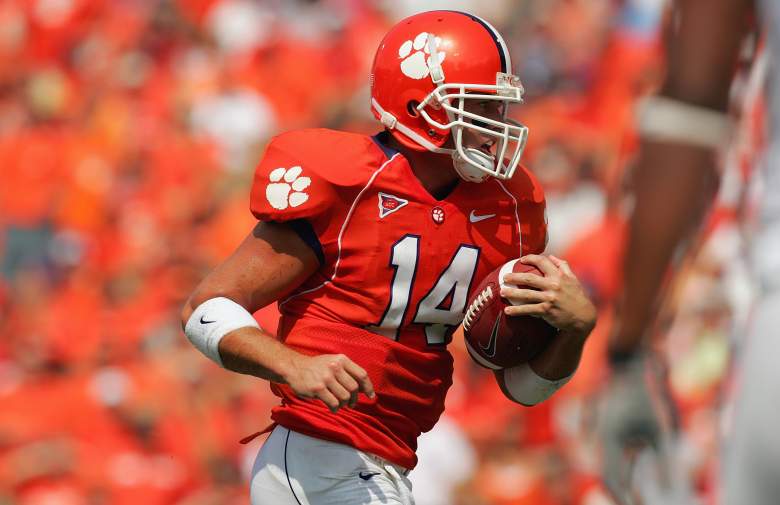 In September 2012, On Wall Street reported that Proctor was hired as a new vice president and “wealth advisor” for Neuberger Berman Wealth Management. He was the first to hold the position, since it was created for him.

Proctor earned his bachelor’s degree in management and finance from Clemson. Before working at Neuberger Berman, he worked for Glaxis Capital Management in Sarasota, Florida.

Proctor and Earhardt got married on October 13, 2012. According to their wedding photographer, Earhardt wore a RIVINI Lisette gown. The two were married at the All Saints Episcopal Church in Winter Park, Florida, Proctor’s hometown.

Since Earhardt works in the mornings on Fox & Friends, it’s often up to Proctor to take care of their daughter at that time of day. When he’s working in the afternoon, she takes over. As she explained to Glamour:

Now, four weeks later, I’m figuring out how to balance everything. I rely on my husband in the mornings because I’m working. Then, I’m with her in the afternoon, while he’s working. At night I have to study for the show, and I rely on him a lot. He’ll say, “Ainsley, you keep studying, I’ve got this.” Other times, I just have to say, “My child needs me, so I’m gonna step away from my notes. I’m gonna sing her to sleep for ten minutes. And then I’m gonna come back to my studying.” I’m learning. I just take one day at a time.

According to Proctor’s Clemson Tigers bio, Proctor also played basketball while at Trinity Preparatory School. He was even named co-MVP of the team one season. He also set the school’s record for the high jump.

Loading more stories
wpDiscuz
2
0
Would love your thoughts, please comment.x
()
x
| Reply
Will Proctor is a former college football player and the husband of Fox & Friends anchor Ainsley Earhardt. Here's a look at his life and career.