Rebecca Mason Cales, a history and German teacher, is accused of having a sexual relationship with a student.

Mason-Cales, who filled her Facebook page with selfies, is 26-years-old and was employed at Mountain View High School in Meridian, Idaho. She’s but the latest in a long string of female teachers in the U.S. to be accused of an inappropriate relationship with a student. Police said they do not believe there was more than one alleged victim in the Mason-Cales case.

1. Mason-Cales Is Accused of Multiple Counts of Sexual Battery

Mason Cales was booked into the jail and stands accused of six counts of “CHILDREN-SEXUAL BATTERY-COMMITTED BY LEWD OR LASCIVIOUS ACTS ON A MINOR CHILD 16 TO 17 YEARS OF AGE,” jail records show.

Police allege that Mason-Cales forged a relationship with a 17-year-old male student starting in August 2017, according to Idaho News.com. 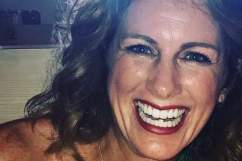 2. Rebecca Once Wrote on Facebook, ‘I Shamelessly Take Selfies’

In 2014, Rebecca wrote on Facebook, “Finals are exhausting and I shamelessly take selfies.” In 2017, she wrote on Facebook, “The nice things my students say always really tug at my heart strings and remind me why I love teaching so much. I’m pretty lucky to have such great kids. ?”

She also wrote on Facebook about visiting Germany for a trip last summer.

Mason-Cales posted a photo of a student dressed in a costume on Facebook and wrote, “My history students started their presentations on the Revolutionary War this week and are supposed to dress nice. This student (he was Thomas Jefferson) took the cake. He was also pretty excited when I asked if I could post his picture.”

3. Mason-Cales Says She Has a Passion for ‘Anything German’

According to the school’s website, Mason-Cales wrote, “I teach German and History 10 and this is now my second year at MVHS! I’ve always loved history and my passion for everything German was cultivated during high school. I was even lucky enough to study abroad in Germany in 2013. I love being able to share my passion for both subjects! I graduated from BSU in 2015 with a German, Secondary Education degree and minor in history.”

4. Mason-Cales Is Married & Previously Worked as a Tutor

Rebecca Mason-Cales was married in 2015, according to her page. She also worked for a craft warehouse and the Boise School District, her page says. She was an AVID tutor for the latter district in 2012, the page says.

Mason-Cales posted a wedding photo on her Facebook page. On his Facebook page, her husband says that he lives in Denver, Colorado.

Mason-Cales is facing a stiff punishment, if convicted. “Sexual battery of a minor is punishable not to exceed life imprisonment” in Idaho, according to The Idaho Press.

5. Multiple Female Teachers in the United States Have Been Accused of Unprofessional Relationships With Astudents

Over the past two years, many female teachers have been accused of having an inappropriate relationship with a student. Dori Myers, a teacher in the Bronx, was accused of having oral sex with a juvenile, charges she denies.

Loading more stories
wpDiscuz
0
0
Would love your thoughts, please comment.x
()
x
| Reply
Rebecca Mason-Cales, a teacher in Boise, Idaho, is accused of having a sexual relationship with a student. See photos.