The body of a woman has been found in rural Lee County, Iowa, but police say the body is not Mollie Tibbetts, a 20-year-old University of Iowa student who disappeared from nearby Brooklyn, Iowa, on July 18. The body of Sadie Alvarado, 20, was found on August 5, the Des Moines Register reports.

According to the Register, Alvarado’s body was found off 235th Avenue about five miles southwest of West Point, Iowa. The cause of her death has not been released. A 28-year-old man, Damian Hamann, of Morning Sun, Iowa, was arrested in connection to Alvarado’s death, according to the Register. Hamann was Alvarado’s boyfriend. According to a criminal complaint obtained by the newspaper, Hamann told police Alvarado jumped from his car while they were arguing Saturday night. Hamann told police he drove home to Morning Sun, about 35 miles away, but went back to Lee County about noon on Sunday to look for her. Her body was found in a ditch on a gravel road about 10:40 a.m. Sunday.

An autopsy is being conducted on Alvarado, who was from Muscatine, Iowa. Hamann turned himself in Sunday night after learning there were pending charges against him. He remains in custody and has not yet appeared in court. The investigation is ongoing. Hamann was charged with leaving the scene of accident resulting in death.

Lee County is about two hours south of Brooklyn, where Tibbetts was last seen.

Tibbetts, who just completed her freshman year at the University of Iowa, where she is studying psychology, was reported missing on July 19 after she failed to show up for work and did not return phone calls and text messages from her family and friends. She was last seen about 7:30 p.m. on July 18 while on a run in her hometown of Brooklyn. Police have classified her case as a missing persons investigation, but have not ruled anything out, including an abduction.

Tibbetts had been dog-sitting at her boyfriend’s brother’s home while her boyfriend, Dalton Jack, his brother and his brother’s fiancee were out of town. Police are not sure if Tibbetts returned home after her jog, but family members say they have been told by investigators she was doing homework on her computer at some point the night of July 18. Tibbetts also sent text messages to her mother that night and a Snapchat photo to her boyfriend, which he read about 10 p.m. She was supposed to go to work in the morning at a daycamp, but did not show up. Police have said she could be wearing dark colored running shorts, a pink sports top and running shoes. Her family and friends have said she could also have been wearing a red shirt she was planning to wear to work and denim shorts. On August 3, a red shirt was found by a person mowing a lawn in rural Iowa, but police have not said if it is connected to Tibbetts’ disappearance.

Investigators from the Department of Criminal Investigation, the Poweshiek County Sheriff, the FBI and other agencies have scoured Powieshiek County and Brooklyn looking for Tibbetts. They have also searched her electronic devices, including a FitBit activity tracker, and her social media profiles. Little information about what has been found during those searches has been released to the public. Investigators have also twice searched a hog farm in Powieshiek County and interviewed the owner of that land, Wayne Cheney, but have not said he is a suspect.

“As shared before, until proven otherwise, Mollie’s family believes she is alive and with that being said, someone has her,” Tibbetts’ family said in a statement. “It is their hope that the money raised to let her go, would far out weight any monetary value to them to keep her.” 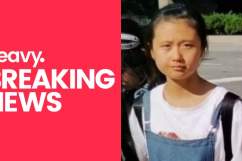 Read More
Breaking News, Crime, Iowa, Police
wpDiscuz
0
0
Would love your thoughts, please comment.x
()
x
| Reply
The body of a white woman in her 20s was found in rural Lee County, Iowa, but police do not believe she is Mollie Tibbetts, who disappeared on July 18.