A California man is accused of attacking a Republican politician at a fair during an anti-Trump and anti-GOP rant. Farzad Fazeli was arrested after police say he threatened Rudy Peters, who is running for Congress against Democrat Rep. Eric Swalwell

The 35-year-old Fazeli pulled out a “switchblade,” during the incident and tried to stab Peters, but the knife did not work, the Alameda County Sheriff’s Office said in a press release. The incident occurred as Peters campaigned on September 9 at the Castro Valley Fall Festival, the sheriff’s office said.

“The knife malfunctioned and the victim became involved in a physical struggle with Fazeli,” Sergeant Ray Kelly said in a statement. Fazeli fled the scene but was detained a short time later by deputies. A switchblade knife was located on his person. … No serious injuries were reported as a result of the incident. The case has been forwarded to the District Attorney.” Fazeli has been charged with felony assault, criminal threats, brandishing a weapon and possession of a switchblade knife.

Peters, a 56-year-old businessman running for California’s 15th Congressional District seat, told the San Francisco Chronicle, “It’s a shame. People are just polarized right now, and this country’s divided and it’s just a mess. It shouldn’t be that way.”

Swalwell, his Democratic opponent, tweeted, “On Sunday, my opponent @PetersCongress was attacked at his campaign booth in Castro Valley. I’m glad to hear Mr. Peters is okay. But it’s NEVER okay to use violence to settle political disagreements (or any disagreement). Fortunately, @ACSOSheriffs arrested the suspect.”

1. Peters Says Fazeli Was Screaming ‘F*ck Trump’ Before Attacking Him & the Republican Politician Says He Used a Campaign Sign as a Shield During the Altercation

The incident happened about 3:45 p.m. at the Castro Valley Fall Festival, the Alameda County Sheriff’s Office said in a news release.

“According to witness statements, Farzad Fazeli (35) approached the victim in an aggressive manner and made disparaging remarks about his political party and elected officials. During the incident, Fazeli is suspected to have pulled out a switchblade knife and attempted to stab the victim. The knife malfunctioned and the victim became involved in a physical struggle with Fazeli,” Sergeant Ray Kelly wrote. “Fazeli fled the scene but was detained a short time later by deputies. A switchblade knife was located on his person.”

Rudy Peters told the San Francisco Chronicle that Fazeli was ranting about President Donald Trump during the incident. “All of a sudden we hear someone screaming, ‘F*ck Trump, ‘f*ck Trump!” Peters told the newspaper. Peters said Fazeli gave him the middle finger and was “standing right in front of the booth.”

Peters told the Chronicle he was sitting with Republican state Assembly candidate Joseph Grcar and they were “kind of shocked by the outburst, but thought Fazeli was walking away. “The next thing you know, he stops and turns around and says, ‘I’ll show you,’ and runs at the booth,” Peters told the newspaper.

TwitterRudy Peters campaigns at a fair.

According to Peters, Fazeli then grabbed a coffee cup and threw it at him, which prompted Peters to come to the other side of the table and “grab” Fazeli. Peters told the newspaper he threw Fazeli to the ground, but Fazeli got back to his feet, reached into his pocket and took out a switchblade.

Peters, a Navy veteran, said he shielded himself during the incident using a campaign yard sign, KPIX reports.

Kelly told the Sacramento Bee those efforts may have worked. The police spokesman told the newspaper the blade possibly malfunctioned “in part because Mr. Peters was able to defend himself and stop the suspect from deploying the knife. You’re dealing with a knife — a deadly weapon. Anything you can use, including a sign, would be a good option. It would provide you some level of protection.” 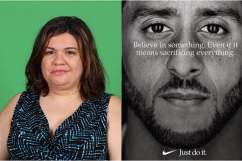 2. His Sister Says Peters ‘Started the Violence’ When He Attacked Fazeli First, Throwing Him to the Ground & Causing Him to Bleed

Fazeli’s sister, Natasha Fazeli, posted on Facebook that it was Rudy Peters who attacked her brother first, arguing that Fazeli was defending himself.

“On September 9 at the Castro Valley Fall Festival my brother was attacked by Republican candidate Rudy Peters who threw my brother to the ground which caused him to bleed. Peters is trying to spin this as a political attack against him when he was the one who started the violence,” Natasha Fazeli wrote on Facebook. “Peters is encouraging his supporters to bully our family as a way to bring attention to his political career. If there were any eyewitnesses who saw Peters throw my brother to the ground please come forward.

Fazeli’s mother, Dolly Adams, who was at the fair, told KPIX-TV that her son was the victim. Adams was at a nearby Democratic booth during the incident, the news station reports. “Mr. Peters got physical first,” Adams told the news station. She said her son, “said that Mr. Peters has taken him by his shoulders and shoved him to the ground. And there was blood on him and blood on his booth.”

Frederick Remer, Fazeli’s attorney, told the news station, “My client at this point was afraid for his life and afraid for his health and safety. And I believe that it is alleged that he pulls out a folded knife. The knife was never opened.”

Peters told Buzzfeed News, “I didn’t hit or punch him, I just leg-swooped him.”

3. Fazeli Said Hurricane Irma Was Payback for Trump & Called Trump a ‘White Militia Spokesman’ Who Should Be ‘Impeached/Incarcerated Before More Children Die’ After the Parkland Shooting

Farzad Fazeli has posted anti-Trump statements on his Facebook page over the past two years. In September 2017, Fazeli wrote, “Hurricane Irma… Payback for voting Donald Trump.”

In February 2017, Fazeli wrote a Facebook post blaming Trump for the Parkland high school shooting. He wrote, “When you murder 17 children of god, and your Capo Don Trump (white militia spokesman unofficial) still bows down to the NRA and stays silent. Meanwhile street gangs have a code to clean house if a member murders rapes etc. who is the lesser of two evils
code of conduct politicians the street code is to self regulate since our government won’t govern and punish untouchables. In the street everyone is touchable if faulty (checks and balances).”

Fazeli added, “And Don Trump won’t clean his own house, so he’s too dirty to know right from wrong. Impeach/incarcerate him before more children die. P.S. complacency is worse than being the shooter.”

On March 24, he wrote, “At the Oakland March 4 Our Lives. Yee.” He also reposted an event poster for the Oakland march, writing, “Power to the youth, I hope they know a better way,” and said in another post, “Stop the violence directed toward children,” along with a video from the march. 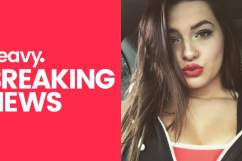 4. He Has Worked as a Security Guard & Has Past Convictions for Burglary & Battery

According to the San Fransisco Chronicle, state records show that Fazeli is licensed to work as a security guard in California. It is not clear if he is currently employed anywhere in that role.

On his Facebook page, Fazeli says he works as a security guard at Costco. He also previously worked as an assistant manager at a Shell gas station and at the Ampm convenience store. Fazeli graduated from Castro Valley High School in 2000 and is a Castro Valley native.

Fazeli has previous convictions for burglary and battery, Alameda County court records show. He was charged with felony burglary in 2000, but the charge was dropped to a misdemeanor as part of a plea deal. He was sentenced in 2001 to 40 days in county jail. In 2004, Fazeli was again convicted of misdemeanor burglary. He was sentenced to 45 days in jail and three years of probation, which ended in 2007. Details of those cases were not immediately available.

Fazeli was charged with misdemeanor sexual battery and misdemeanor battery in 2014, court records show. Further details about the 2014 case were also not immediately available. Later that year, Fazeli pleaded no contest to battery and not guilty to sexual battery. The sexual battery was dropped as part of the plea agreement. He was sentenced to 15 days of weekend jail and three years of probation, which ended in 2017.

5. Fazeli Was Released on Bail After Appearing in Court & Faces Up to 3 Years in Prison if Convicted of the Charges

Fazeli made his first court appearance on September 11 and was released on $55,000 bail, KPIX-TV reports. He has been ordered to stay away from Rudy Peters. Fazeli had been held at the Santa Rita Jail since the September 9 arrest.

Fazeli faces up to three years in prison if convicted of making criminal threats, a felony. He could also face up to 30 days in jail on each of the misdemeanor charges he faces: brandishing a weapon and possession of a switchblade knife.

Police said Fazeli was charged with felony assault, but online court records do not show that charge as part of the case. It is not clear if additional charges could be added at a future date. The Alameda County District Attorney’s office has not commented about the case. Fazeli has pleaded not guilty.

Loading more stories
wpDiscuz
0
0
Would love your thoughts, please comment.x
()
x
| Reply
Farzad Fazeli is accused of attacking Rudy Peters, a Republican congressional candidate in California, with a knife during an anti-Trump rant at a fall festival.