Instagram/Family Photo Donald Ciotta II, left, has been charged with murder in the shooting death of Jonathan Hart. Ciotta, a security guard, suspected Hart of shoplifting at Walgreens.

A Walgreens security guard has been charged with murder in the shooting death of an unarmed black man who was suspected of shoplifting a $2.99 water-flavoring product, the Los Angeles County District Attorney’s office says in a press release.

Donald Vincent Ciota II fatally shot 21-year-old Jonathan Hart at a Walgreens pharmacy in Hollywood on December 2, the district attorney’s office said in a press release. Ciota, a 28-year-old Covina resident, is charged with one count of murder with an allegation that he
used a firearm as a deadly and dangerous weapon.

Hart, also known as Sky Young, was homeless and suffering from mental illness, his family has said. At a vigil held on December 4, friends and family called for justice for Hart. His friend, Melanie Bryant, told KTLA-TV that Hart was a “beautiful spirit; he was a beautiful human being.” His cousin, Danielle Hart, told the news station, “”I feel like it should never have happened that way. It could’ve been prevented.”

1. Ciota Told Hart to ‘Freeze’ as He Ran Away & Then Shot Him in the Back of the Neck, Attorneys Say

The shooting happened on December 2 at the Walgreens pharmacy at the corner of Sunset and Vine in Hollywood, California, the Los Angeles County District Attorney’s office said in a press release.

“On Dec. 2, Ciota confronted Jonathan Hart, 21, inside the pharmacy on Sunset and Vine when a physical altercation ensued, prosecutors said. Ciota then pulled out his firearm and is alleged to have fatally shot Hart in the back as he ran away, prosecutors added,” the press release states.

According to attorneys for Hart’s family, he was in the store with another group of black homeless men. One of the men picked up a $2.99 water flavoring product and they were confronted by a security guard. Hart, who went by Sky Young, began arguing with Donald Ciota, the security guard.

Police and Hart’s family say he was not harmed. Douglas said the only item in Hart’s possession when he was shot was a California ID card.

Douglas released a graphic video of the aftermath of the shooting, which you can watch below:

WARNING GRAPHIC VIDEO: Today @Walgreens refused to temporarily remove armed guards from their stores in the wake of the death of 21 y/o Jonathan Hart aka Sky Young. After seeing an eyewitnesses video, we now know that the guard DID NOTHING TO HELP JONATHAN after he shot him. pic.twitter.com/tLCqknXKGs

“This isn’t right and the only way we will be able to make our community safe for all the Jonathan Harts of the world is by hitting Walgreens where it hurts!” Douglas tweeted.

Walgreens said in a statement, “We are committed to providing a safe environment for our employees, patients and customers in the communities we serve. We contract for armed and unarmed security, as well as video surveillance, in our stores based on the public safety needs of each location.” 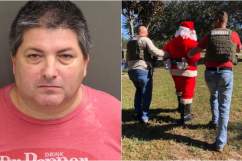 Carl Douglas, whose law firm was hired to represent Jonathan Hart’s family, said Hart was not shoplifting. He said Hart, who was gay, homeless and black, was targeted because of those factors.

According to Hart’s family, he aspired to be a hairdresser. He used the name Sky Young and was often seen on fashion websites, styling clothes and doing makeup. His mother, Psychesia Hart, is herself a security guard, she told KTLA-TV. She criticized the security guard for not following protocol.

“This mistake of a human being, because he had a badge and a gun, felt like he had every right to pull a weapon on my child,” she told KTLA. “First off, you’re security. Our job as security officers: observe and report. But don’t pull no gun on nobody and shoot them in the back. What kind of coward are you?”

3. Ciota, Who Was Working for a Security Company, Is a Bakersfield Native

Donald Ciota is a 28-year-old resident of Covina, the Los Angeles County District Attorney’s office said in a press release. Walgreens has said he was working for a security company that had been contracted by the company to provide guards at the Hollywood store. Walgreens ended its contract with the company after the shooting.

According to public records and social media profiles, Ciota is a native of Bakersfield, California. He attended Kern High School and is the son of Donald Ciota Sr. and Angela Sidhu-Ciota. He has two younger siblings, a brother and a sister. 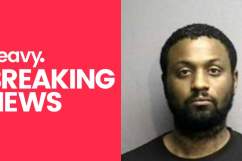 4. He Faces 50 Years to Life in State Prison if Convicted

Ciota was set to be arraigned Monday. He has been held on $3 million bail at the Los Angeles County jail since his arrest on December 28. A warrant charging him with murder was obtained by the district attorney’s office on December 27.

If convicted of the murder charge, Ciota faces a maximum sentence of 50 years to life in state prison, the district attorney’s office said.

It is not clear if Ciota has hired an attorney. He could not be reached for comment. The case remains under investigation by the Los Angeles Police Department, the district attorney’s office said.

Jonathan Hart’s family announced earlier in December that they plan to file a $525 million wrongful death and civil rights lawsuit against Walgreens. Carl Douglas, the LA-based attorney representing the family, said at a press conference, “Walgreens, the blood of Jonathan Hart is on your hands.”

“Each of these stores are in the black, brown and homeless and LGBT communities, and we want to know why,” Douglas said at the press conference.

Douglas added, “A corporation is never allowed to needlessly endanger a member of the public. And when it does … the corporation is responsible for all the injuries it caused.”

Walgreens said in a statement the chain contracts “for armed and unarmed security, as well as video surveillance, in our stores based on the public safety needs of each location. We operate in thousands of communities and neighborhoods across the nation and the suggestion that we would inappropriately serve any community is simply false.”

The company added, “we firmly believe everyone should be welcomed and treated equally in all of our stores.”

READ NEXT: Lawyer Threw His Wife’s Dogs Off a Balcony, Killing One, Cops Say