Graham Kelly is Rep. Katie Hill’s legislative director. Hill’s estranged husband, Kenny Heslep, has alleged that Hill and Kelly have been having an affair. Hill is a first-term congresswoman from California’s 25th congressional district. Her campaign was covered extensively in a series for Vice titled, “Inside The Most Millennial Campaign Ever.”

Hill’s divorce was first reported in July 2019. According to the reports, Hill married Kenny Heslep in 2010. The couple do not have any children. Heslep was requesting financial support in the fallout from the divorce.

Hill has been lauded for her efforts on the House Oversight Committee since her November 2018 election. Elle Magazine referred to Hill as “one of the most powerful freshmen in Congress, noting that Speaker of the House Nancy Pelosi has taken Hill under her wing.”

Heavy.com has reached out to Graham Kelly for comment on the scandal.

On October 27, 2019, Hill announced she would be resigning from Congress.

“It is with a broken heart that today I announce my resignation from Congress. This is the hardest thing I have ever had to do, but I believe it is the best thing for my constituents, my community, and our country,” Hill wrote in a statement.

“This is what needs to happen so that the good people who supported me will no longer be subjected to the pain inflicted by my abusive husband and the brutality of hateful political operatives who seem to happily provide a platform to a monster who is driving a smear campaign built around cyber exploitation. Having private photos of personal moments weaponized against me has been an appalling invasion of my privacy,” Hill wrote. “It is also illegal, and we are currently pursuing all of our available legal options. However, I know that as long as I am in Congress, we’ll live fearful of what might come next and how much it will hurt.”

1. Rep. Hill Initially Called the Allegations a Fabrication From Her ‘Abusive Husband’

GettyRep. Hill (D-CA) speaks during a news conference on April 9, 2019 in Washington, DC.

Politico reported on October 22 that Hill had reached out to Speaker of the House Nancy Pelosi and House Majority Leader Steny Hoyer to “deny the allegations.”

Hill said in a statement, published by Politico, that read, “The fact is I am going through a divorce from an abusive husband who seems determined to try to humiliate me. I am disgusted that my opponents would seek to exploit such a private matter for political gain. This coordinated effort to try to destroy me and people close to me is despicable and will not succeed. I, like many women who have faced attacks like this before, am stronger than those who want me to be afraid.”

On the evening of October 23, Hill released a statement saying that she had an affair with a subordinate but did not name Kelly. The congresswoman wrote in part, “During the final tumultuous years of my abusive marriage, I became involved in a relationship with someone on my campaign. I know that even a consensual relationship with a subordinate is inappropriate, but I still allowed it to happen against my better judgment. For that, I apologize.”

Hill also said that she would cooperate with the congressional ethics investigation into her behavior. Hill maintains that the relationship occurred prior to her election and therefore did not violate house rules.

On October 18, conservative blog Red State published photos that purported to show Hill, nude, with a female staffer, identified as Morgan Desjardins. The Red State report said that Hill, who has identified as bisexual, was involved in a consensual romantic relationship with Kelly and Desjardins. The Red State article says that the photos were taken during a trip to Alaska. The website also published text messages which they allege are between a female staffer and Hill. The messages two people breaking up with each other. 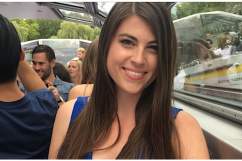 2. Hill’s Husband Said in a Facebook Post in the Summer of 2019 That the Congresswoman Had Been ‘Sleeping With Her (Male) Finance Director for the Past Year at Least’

Red State reported on October 10 that Hill’s husband had written on Facebook regarding an article that named Hill as a “lesbian.” Hill’s husband, Kenny Heslep, wrote in a now-deleted post, “Out lesbian?!? Then why has she been sleeping with her (male) finance director for the past year at least?”

According to Kelly’s LinkedIn page, he served as Rep. Hill’s finance director from May 2017 until November 2018. During Hill’s 2018 election, Kelly was quoted in a news release as thanking the community for their grassroots support. That role was taken over by a person named Jackie W. in July 2019.

3. Kelly Was Featured in a Vice Documentary About Hill’s 2018 Primary Victory

A 2018 Vice article refers to Kelly as Hill’s finance director. During the piece, Kelly is one of Hill’s staffers who wants to get negative in campaigning against Hill’s primary opponent Bryan Caforio.

On the night of the primary election, Kelly was quoted by the Santa Clarita Free Press as telling a crowd at a party being held at Rep. Hill’s house, “Trust the process. My football coach said, ‘You’re down at the half? Go out and hit ‘em in the mouth in the third quarter.’ When we’re done, I think we’ll all be happy campers.” The article notes that five minutes later, the returns came in to show that Hill had 55 percent of the vote compared against Caforio’s 20 percent.

At the time of writing, Kelly has set his Twitter account to private. Kelly is still listed as Rep. Hill’s legislative director. Kelly is a graduate of the University of Tennessee-Knoxville. On his private Instagram bio, Kelly writes, “Very legal and very cool.”

In March 2017, Kelly referred to former Speaker of the House Paul Ryan as a “bad person” in reference to the Republican Party’s plan to replace Obamacare. While in June of the same year, Kelly mocked the fact that the President of the United States has a fake Time Magazine cover hanging in one of his offices.