Three people were killed after a shooting took place at the West Freeway Church of Christ located in White Settlement, Texas.

The gunman has been identified as 43-year-old River Oaks, Texas, resident Keith Thomas Kinnunen. He had a criminal record in several states, including convictions for illegal gun possession, assault and domestic violence. Learn more about Keith Kinnunen here.

The Church of Christ was live-streaming their Sunday services on their YouTube channel, and while the motive remains unclear, a man is firing off two shots while church-goers ducked under their seats in fear. The video, which has since been removed from the church’s YouTube channel, also showed an armed security guard, identified as Jack Wilson, taking down the gunman with a single shot.

The West Freeway Church of Christ is located at 1900 S Las Vegas Trail in White Settlement. At around 10:50 a.m. local time, multiple police and EMS units are on the scene on the reported incident. White Settlement is located in Tarrant County, a northwest suburb of Forth Worth.

1. The Live-Stream Video Of The Church Service Captured The Horrific Scene

Heavy has viewed the video which shows the shooting taking place inside the church’s main auditorium, but has chosen not post it due its graphic nature. The video shown here is blurred, but still has disturbing audio and visuals.

The video shows the suspect, identified as Keith Kinnunen, wearing what appears to be a black hoodie, walk up to someone standing on the side of the room, and start talking to him. Another guy nearby appears to to see the suspect has a weapon, and stands up to pull out a gun of his own. However, the suspect then shoots them both.

A second later, Jack Wilson, who’s the President of On Target Firearms Academy, took the shooter down after pulling out his own gun and shooting once. The whole interaction from first gunshot to the third gunshot took place within about 5 seconds. The screams heard from those attending church Sunday morning were horrific.

“It was the most scariest thing. You feel like your life is flashing before you. I was so worried about my little one,” Isabel Arreola told CBS DFW. 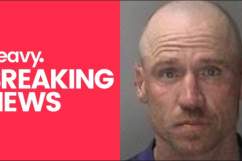 This is the scene outside West Freeway Church of Christ in White Settlement/Fort Worth. @FortWorthFire says 3 people shot, including the gunman. Worried family members are outside. Church members and witnesses are still inside being questioned @NBCDFW pic.twitter.com/AS34KKNSzj

FBI, ATF and Fort Worth Fire Department reported to the scene, and the White Settlement Police took witness statements. A witness told CBS 11 News the gunman shot someone with a shotgun during communion and that he was then taken down by another church security member with a gun. In Texas, it’s legal for licensed gun owners to carry weapons into places of worship.

WFAA-TV reporter Tiffany Liou tweeted, “My friend’s parents go to West Freeway Church of Christ in White Settlement/Fort Worth. His dad says the gunman was hiding the gun under his coat before shots were fired. There is security, and armed members.”

Wilson shared on his Precinct 3 Commissioner Campaign’s Facebook page about his heroic moment. He wrote,

“I just want to thank all who have sent their prayers and comments on the events of today. The events at West Freeway Church of Christ put me in a position that I would hope no one would have to be in, but evil exist and I had to take out an active shooter in church. I’m thankful to GOD that I have been blessed with the ability and desire to serve him in the role of head of security at the church. I am very sad in the loss of two dear friends and brothers in CHRIST, but evil does exist in this world and I and other members are not going to allow evil to succeed. Please pray for all the members and their families in this time. Thank you for your prayers and understanding.”

3. The Suspect Is Confirmed Dead

Video livestream still from West Freeway Church of Christ shooting – shooter can be seen wearing a black hood of some sort and a rifle. pic.twitter.com/UKuYYT4GEJ

As reported by the DFW scanner account on Twitter, multiple unites responded to an “active threat” at the Church of Christ in White Settlement. WFAA-TV’s Whitley reported that “Church security (armed members) subdued [the suspect].” The suspect was later confirmed as dead by hospital officials.

As reported by NBC News, Dallas FBI field office special agent Matt DeSarno said that investigators were working on figuring out the shooter’s motive. He described the man as a “relatively transient” person with roots in the area. The shooter also had a criminal record, and had been arrested multiple times in various cities.

Bevering said of the shooter that he appeared to have walked into the church and sat down. “He got up, pulled out a shotgun and fired it at a parishioner,” Bevering said. “That parishioner is deceased.”

Tiffany Wallace, who witnessed the shooting, described the gunman as a white man with a fake beard and black hair who was wearing a trench coat.

Tiffany Wallace, 32 spoke to NBC DFW after the shooting, “You don’t think it’s going to hit home and the fact that it hit our home and someone that supports us and loves us and is our dad [is gone], that’s what hurts the most,” Tiffany said, who standing nearby when her dad was shot. “It just happened so fast,” she said.

Anton “Tony” Wallace, 64, was a lifelong member of the Church of Christ, a registered nurse, husband and grandfather.

“The guy just stood up from the pew, turned toward my dad and I guess he shot at the security guard,” Tiffany continued. “I ran toward my dad and the last thing I remember is him asking for oxygen and I was just holding him, telling him I loved him and that he was going to make it. You just wonder why? How can someone so evil, the devil, step into the church and do this.”

Tiffany said of her father, “He is a hero to me. I’m just glad everybody’s OK. I know my dad is up there with his sister, his parents, in a wonderful place. Not in pain anymore… He’s just in peace now. I know he’s in good hands…. I forgive him [the gunman] and that’s the hardest thing to say.”

We are shocked and saddened to hear reports of a shooting at a church in White Settlement.

As reports come in, please pray for any victims and their families, this congregation, and the law enforcement officials at the scene. My office will assist in any way needed.

Texas Attorney General Ken Paxton shared a statement following the news of the shooting. He tweeted, “We are shocked and saddened to hear reports of a shooting at a church in White Settlement. As reports come in, please pray for any victims and their families, this congregation, and the law enforcement officials at the scene. My office will assist in any way needed.”

5. The Church of Christ Shooting Took Place The Morning After 5 People Were Stabbed At A Rabbi’s Shul in Monsey

Twitter/ADLThe ADL took these photos of the scene of the Monsey stabbing attack.

On the evening on December 28, five people were stabbed by a machete-wielding attacker, who was later identified as Grafton Thomas, near a New York synagogue. Grafton entered a Monsey, New York, rabbi’s home during Hanukkah celebrations on Saturday, authorities said. The synagogue, known as Rabbi Rottenburg’s shul, is located on Forshay Road in Rockland County, New York. The suspect was later arrested in New York City after fleeing from the scene.

New York Governor Andrew Cuomo said Sunday morning outside of the synagogue, “This is intolerance, meets ignorance, meets illegality. This is an intolerant time in this country. We see anger, we see hatred exploding. It is an American cancer in the body politic. It literally turns one cell in the body against others. We have seen it here in the state of New York. This is about the 13th incident of anti-Semitism in just the past few weeks. It comes during a period of high holidays for the Jewish people. At the end of the day, it’s not just about words, it’s about action. And we have seen enough in New York. This is violence spurred by hate. It is mass violence and I consider this an act of domestic terrorism. Let’s call it what it is.”

Loading more stories
wpDiscuz
0
0
Would love your thoughts, please comment.x
()
x
| Reply
As shooting took place at the Church of Christ in White Settlement, Texas, on December 29, leaving two dead, and one in critical condition.