Stephen Carr was named as the police officer who was shot and killed behind the police station in Fayetteville, Arkansas, in what the police chief described as an “execution” without motive. The department remembered Carr the day after the shooting as a hero and directed people toward a GoFundMe account to help his family.

Carr was merely sitting in his patrol vehicle in a back parking lot behind the station waiting for his partner, when the suspect, now named as London Phillips, 35, of Fayetteville, Arkansas, ambushed and shot him, the chief said in a news conference and later statement. Police then shot and killed Phillips.

The gunfire rang out as a Christmas lights event unfolded nearby in Fayetteville Square, sparking widespread panic and confusion, as people took shelter and mistakenly assumed the shooting had occurred at the Square. It was a deadly and tragic 24 hours for American law enforcement. A Houston, Texas police officer was also shot and killed in that city. His name was Sgt. Chris Brewster.

Officer Carr, Who Was Hired by Fayetteville Police in 2017 & Was a High School Athlete, Was Described as Showing ‘Dedication & Professionalism’

According to a news release from Fayetteville police, Officer Stephen Carr “was hired at the Fayetteville Police Department in April of 2017. Officer Carr was assigned as a patrol officer, currently working in the Dickson street entertainment district.”

“He served our community with dedication and professionalism for the past 2 ½ years, he is a HERO. We would like to thank our community for their outpouring of support, along with our local, state, and federal law enforcement partners for their quick response and assistance. Our thoughts and prayers are with Officer Carr’s family during this tragic time,” police said.

People left cards and flowers in tribute to Officer Carr at the Police Department. On his LinkedIn page, Carr wrote that he worked at Sam’s Club as an assistant manager in Fayetteville before joining the police force. He was also a student assistant coach at Southwest Baptist University for two years.

Carr also worked in the past as a personal trainer at HCP Barbell. He had a bachelor’s degree in Economics and Finance from Southwest Baptist University. He graduated from The Woodlands High School, where he was in football, wrestling, and track.

A GoFundMe Page Was Set Up to Help the Officer’s Family; It Says That He Was Assigned as a Patrol Officer in the Entertainment District

According to a GoFundMe page established to help his family, “At this time the Fayetteville Fraternal Order of Police is accepting donations to assist Officer Carr’s family in this difficult time.”

People who donated offered tributes and prayers. “Our hearts are broken for the Carr Family, the Fayetteville PD Family, and for all who knew Officer Stephen Carr,” wrote one couple.

“Thank you for your service to the Fayetteville community,” a woman wrote. In 2017, when police welcomed Carr to the force, they explained that he spent 13 weeks in Camden, Arkansas training for his new position as a patrol officer.

People Offered Tributes to Officer Carr on Social Media, Thanking Him for His Service & Calling Him a ‘Kind, Upstanding Person’

“I have friends who knew him, many of whom Officer Carr served and protected in downtown Fayetteville. Clearly, Officer Carr was an amazing, kind and upstanding person. A wave of shock is going through our community right now. He touched so many lives. Sending prayers and condolences for his family, including the FPD,” wrote one person.

“As a food vendor for the Lights of the Ozarks! We would like to extend our prayers to Officer Carr’s family. This such a tragedy. Also, we would like to personally thank the men and women that served and protected our staff and the many people walking the square last night. They acted promptly; and surrounded square within what seemed to be seconds. Thank you Fayetteville PD!” wrote another.

“A tragedy for all of Fayetteville. God help us to be kind to everyone involved. Praying for officer Carr’s family and the Fayetteville Police Dept,” wrote another person, echoing the thoughts of many. 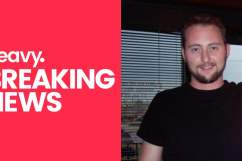 Officer Carr Was Ambushed While Sitting in a Squad Car, Police Say

On Saturday, December 7, 2019 at approximately 9:42 PM, “gun shots were heard behind the Fayetteville Police Department. Officers inside the police department immediately responded and heard additional gunshots,” police wrote in a news release.

“Officers located an armed suspect directly behind the police department, later identified as London T. Phillips 35 of Fayetteville. The armed suspect had a confrontation with officers resulting in the officers firing their weapons at the suspect. Directly following the shooting officers located Officer Stephen Carr shot inside his patrol vehicle, while parked at the police department.”

“Evidence shows that Officer Carr was ambushed and executed while sitting in his patrol vehicle. Preliminary investigation also shows that two officers, whose names will not be released at this time fired at the suspect,” said police.

“These officers have been placed on paid administrative leave in compliance with city and police department policy until the Chief of Police is able to review the findings of the investigation. The Fayetteville Police Department has requested that the Washington County Sheriff’s Office, and the Federal Bureau of Investigations (FBI) conduct an independent investigation. These are the details as we know them at this time. As more information comes to light we will make that available.”

The chief said that officers had “located one of our officers down next to one of our cruisers. Our officer had been shot. We engaged with the bad guy. Chased the suspect into the alley just south of the PD, which separates the police department and city prosecutor’s office. They encountered the suspect. Engaged the suspect.” He said the suspect “had no motive at all.”

People said they heard 15-20 gunshots in rapid succession, and a shooting occurred “behind the police station,” journalist Andrew Epperson said on Twitter. “Clearly something has gone on here outside the square…a very serious situation going on here.” Epperson said there was a “large police presence. They were carrying rifles, and barking out orders.”

The website for Lights of the Ozarks says, “Each year Fayetteville Parks and Recreation workers spend over 3,300 hours decorating the Downtown Square with over 400,000 lights. Holiday activities on the Historic Downtown Square will be going on through December 31, weather permitting.”

READ NEXT: Rapper Juice Wrld Dies of a Seizure.