Dominic Raab is the foreign secretary and first secretary of state of the United Kingdom. He was deputized by Prime Minister Boris Johnson on April 5, after Johnson was admitted to the hospital for persistent symptoms related to the coronavirus. Raab was deputized to speak on Johnson’s behalf and to lead Cabinet meetings “where necessary,” making Raab the temporary face of the United Kingdom’s ongoing response to the coronavirus.

The announcement of the foreign secretary’s new responsibilities came with the confirmation from Downing Street on April 6 that the Prime Minister’s condition had worsened, and he had been moved to the Intensive Care Unit. Johnson was initially admitted to the hospital to undergo “routine tests” for “persistent symptoms,” and was transferred to the ICU the following day. In a statement, Downing Street stressed that Johnson did not require “mechanical ventilation.”

Johnson confirmed he had tested positive for coronavirus on March 26 and, on April 3, the Prime Minister released a video in which he informed the public that, though he was in high spirits, he would continue to self-isolate because of a single, persistent symptom. On April 12, Downing Street confirmed Johnson had been released from the hospital, but, on the advice of his medical team, would not return to work for the time being.

“On Saturday, I spoke to the Prime Minister. I updated him on coronavirus, the progress we’re making, and our plans for the next few weeks,” Raab said in a public statement yesterday. “The government is united in our focus, our determination and our national mission to defeat the coronavirus. And defeat it, we will.”

Raab’s statement highlights that he and the Cabinet are acting in tandem with the PM, but Dominic Raab’s new, prominent role has the world wondering who exactly they’re relying on to lead the United Kingdom until Johnson’s return.

Here’s what you need to know about Dominic Raab: 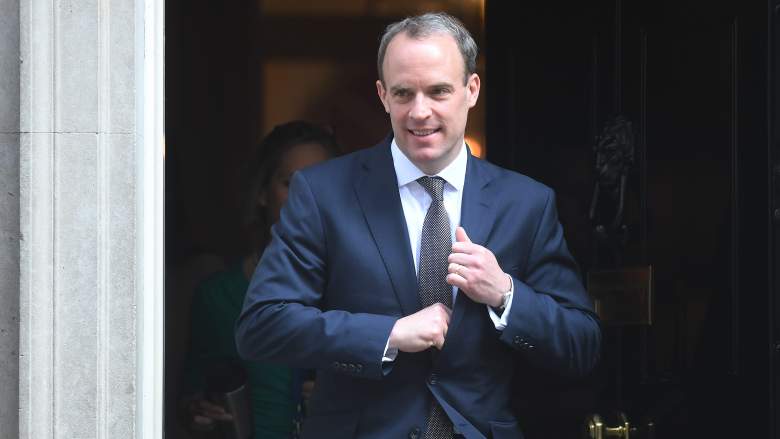 On March 22, the Sunday Times reported that Downing Street had drawn up a “‘designated survivor’ plan to ensure the continuity of the government if Boris Johnson or his top aides fall sick,” and that Dominic Raab had been selected as said “designated survivor.” The plan was announced, “after a host of senior officials were forced to self-isolate last week.”

At the time, Boris Johnson had not been confirmed positive with the coronavirus and Dominic Raab had tested negative on two separate occasions. This plan makes Raab the de facto prime minister should Johnson become incapacitated, but that designation is constitutionally meaningless. The nomination of an interim prime minister is the sole power of the Cabinet and the decision is ultimately up to the Queen, but it’s clear who Johnson hopes may succeed him.

The designation comes with some controversy. Michael Gove, Chancellor of the Duchy of Lancaster and a former candidate in the 2019 election for prime minister, has repeatedly been considered a contender to replace Johnson should his condition worsen further. When the plan was announced, an unnamed minister told the Sunday Times that, “If Boris can’t do his job because he is incapacitated, a lot of people think that Michael [Gove] should be running the show, not Raab.”

2. Raab Is a Member of Parliament & a Staunch Supporter of Brexit 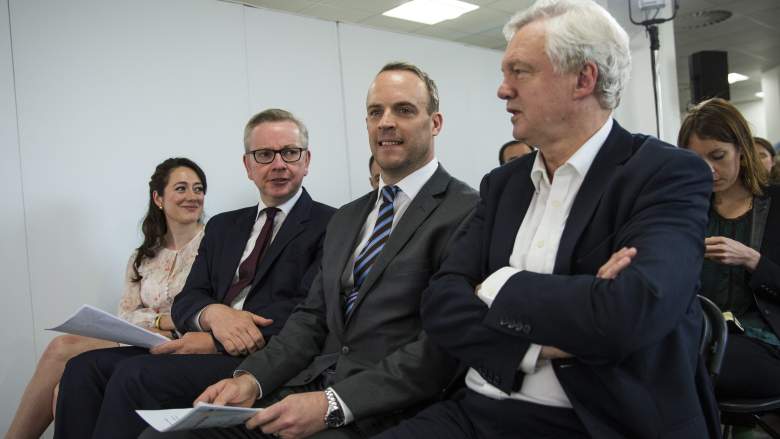 In 2010, Dominic Raab became a member of Parliament for the Conservative Party. In 2016, he was an active member of the Vote Leave campaign in the EU Referendum, and in 2018, he was appointed Secretary of State for Exiting the European Union by Prime Minister Theresa May.

Raab held this role for fewer than six months. In his letter of resignation, Raab, citing a contemporary draft of the Brexit withdrawal agreement, wrote:

“Above all, I cannot reconcile the terms of the proposed deal with the promises we made to the country in our manifesto at the last election. This is, at its heart, a matter of public trust.”

Today, I have resigned as Brexit Secretary. I cannot in good conscience support the terms proposed for our deal with the EU. Here is my letter to the PM explaining my reasons, and my enduring respect for her. pic.twitter.com/tf5CUZnnUz

Raab’s long, tireless support for a hard-line exit from the EU has defined his political work in Cabinet, but it’s unclear if his experience will meet the demands of his new responsibilities. The New York Times ran a story in which they described the Foreign Secretary’s public speaking style as “wooden” and wondered if he would be able to adapt his political experience to lead Britain through the coronavirus crisis. 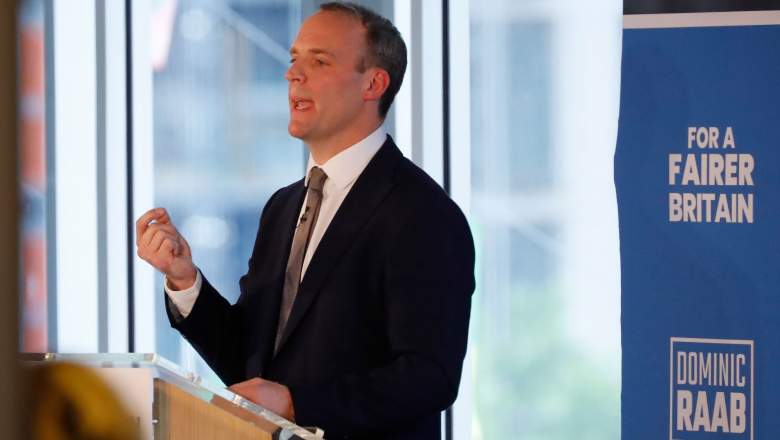 GettyDominic Raab launches his campaign for Prime Minister on June 10, 2019.

After Theresa May announced that she would be stepping down from the prime minister role in May of 2019, a rush of conservative politicians threw their hat in for the job, including Dominic Raab and Boris Johnson.

Raab was eliminated from the race shortly, in an early ballot in which he garnered only 30 votes, three fewer than the minimum needed to appear on the ballot again. Five other candidates successfully progressed to the next ballot, including Boris Johnson and Michael Gove.

Following his elimination from the 2019 election, Raab endorsed Johnson as “the most credible to get us out of the EU by October.” Upon Johnson’s election in July, Raab was appointed foreign secretary and first secretary of state. He’s held both of these positions throughout the duration of Johnson’s tenure as prime minister.

4. Raab Has Received Sharp Criticism in the Past for Comments on Feminism & Social Welfare 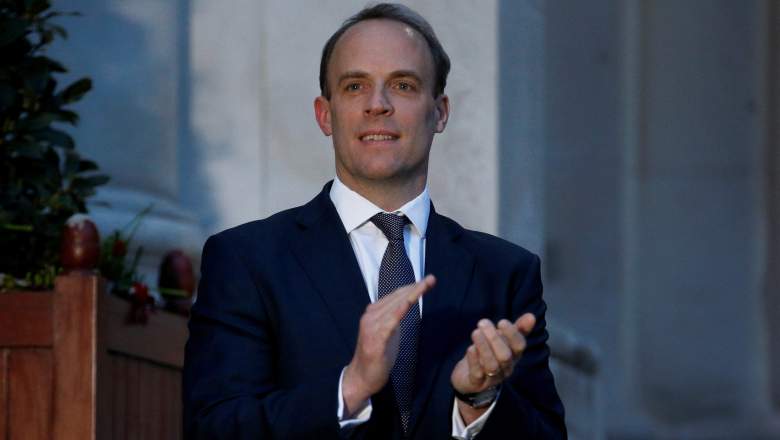 In 2011, during the controversy over the Labour party’s Equality Act, Raab publicly attacked feminism for what he perceives to be its “obnoxious bigotry” and claimed that men are getting a “raw deal.”

Following a televised debate in 2017, Raab received criticism for his response to a disability activist in which he insisted that, without a strong economy, the requests of this activist were “just a childish wish-list.”

These comments have a renewed import in part because of Raab’s increasingly prominent position in the coronavirus response and in part because Raab’s statement advocated against increased funding for the National Health Service–the government service that is currently on the front lines of Britain’s fight against the coronavirus.

Since having been named a designated survivor, Raab’s appearances at conferences on behalf of the prime minister have come under a microscope. On March 30, the Guardian ran a story critiquing the foreign minister’s hygiene, and more specifically, his habit of licking his fingertips during the conference. This increased scrutiny will likely continue, especially as many anticipate–and in fact, have been told by Johnson to anticipate–that Dominic Raab will step into the responsibilities of prime minister should those steps become necessary.

5. In British History, a Former First Secretary of State Has Never Gone on to Become Prime Minister 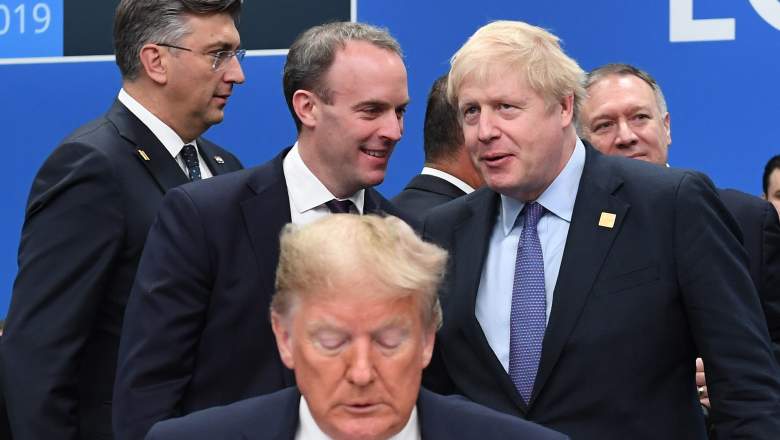 Dominic Raab was appointed the first secretary of state in July of 2019, when Johnson was elected. The role, while honorific and constitutionally powerless, implies a high level of superiority and visibility in Cabinet, and this person is regularly selected to deputize for the prime minister.

“There is a hierarchy to the cabinet, which usually denotes the seating order around the cabinet table, and which includes one member of Cabinet being designated as ‘first secretary of state,’” according to a Q&A from the Institute for Government. “The title of deputy prime minister has also been used in the past, but neither title has automatically meant that the individual in the post would become acting prime minister if anything happened to the incumbent.”

To appoint an interim prime minister, the Cabinet selects a nominee and the Queen has the power to accept or refuse that nomination. Historically, a first secretary of state has never gone on to become prime minister, and only two deputy prime ministers have ever done so.

READ NEXT: Netflix’s ‘Pandemic’ Doctor Says He May Have Found a Treatment for Coronavirus

Read More
5 Fast Facts, Breaking News, Politics, United Kingdom
Dominic Raab is the foreign secretary and first secretary of state of the United Kingdom and he was deputized by Prime Minister Boris Johnson after Johnson was admitted to the hospital Sunday evening.