Ann Marie Pallan is the wife of Robert Trump, President Donald Trump’s younger brother, Robert, who died August 15 after falling ill due to an undisclosed illness, the New York Times reported. He died at New York Presbyterian Hospital. He was 71. She is a former secretary in the Trump Organization.

Pallan, 55, is from Montauk, New York and currently resides in Garden City, New York according to her Facebook profile. She’s also a supporter of her brother-in-law and helped promote a boat parade for fellow supporters of his upcoming run for a second term in the White House.

“It is with heavy heart I share that my wonderful brother, Robert, peacefully passed away tonight. He was not just my brother, he was my best friend,” Donald Trump said in a statement issued by the White House. “He will be greatly missed, but we will meet again. His memory will live on in my heart forever. Robert, I love you. Rest in peace.”

Along with Pallan’s children and Donald Trump, Robert Trump is also survived by his sisters, Maryanne Trump Barry and Elizabeth Trump Grau. His oldest brother, Fred Trump Jr., died of a heart attack in 1981.

Here’s what you need to know about Robert Trump’s wife, Ann Marie Pallan:

1. Pallan & Robert Trump Married in 2020 After Dating for Several Years 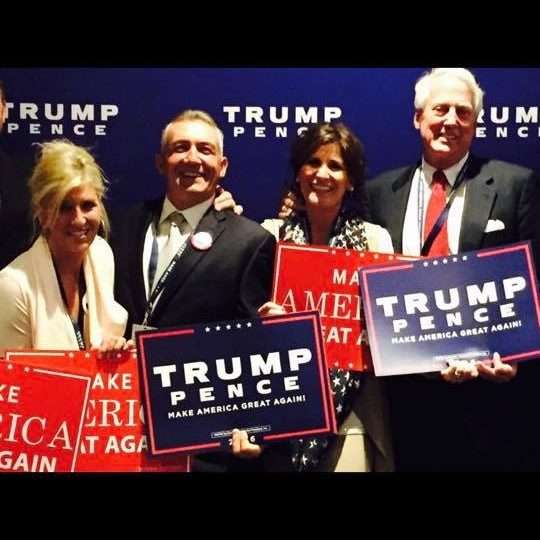 FacebookAnn Marie Pallan with Robert Trump and others.

Pallan and Robert Trump married in March 2020 after years of dating, Page Six reported. This was the real estate executive’s second walk down the aisle. He was married to Blaine Trump from 1984 to 2008. He did not have children with Pallan nor his first wife.

Page Six wrote at the time, “The brand-new husband and wife are now playing house in their Long Island country home. Robert does not relish p.r. attention.”

Pallan, whose maiden name is Ann Marie Monte, was also previously married, to Dr. Thomas Pallan, though it was not clear when she and her first husband divorced. Ann Marie and Thomas Pallan sold their Montauk, New York, home in 2004, according to public records. Tom Pallan is a interventional radiologist at several Long Island hospitals, according to his LinkedIn profile, and is the chief surgeon for the New York State Troopers Police Benevolent Association.

2. Pallan Was Robert Trump’s Secretary When He Was a Senior Executive at the Trump Organization 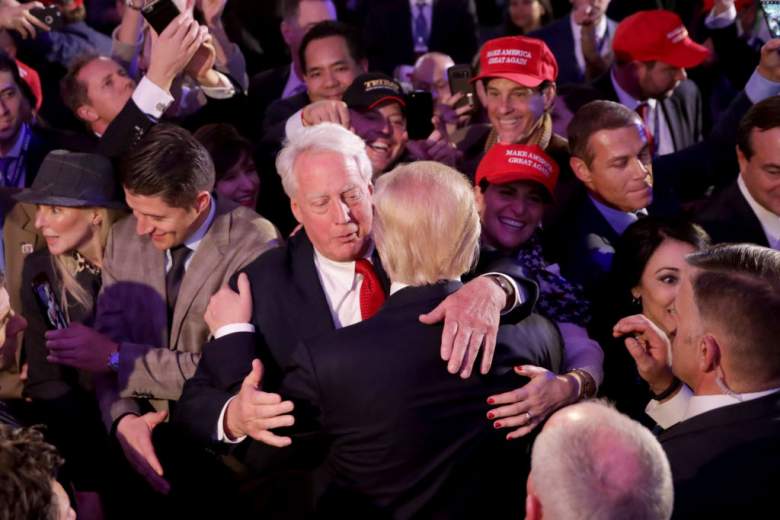 Robert Trump managed the casino businesses for the Trump Organization and was a senior executive, according to the Times. Pallan worked as his secretary, Page Six also reported. It is unclear when she began working as his secretary and when she stopped. Page Six wrote, “When after 25 years he and his first wife split, he instantly unsplit with this former secretary in the Trump organization who has now turned into his Mrs.”

While Pallan and Robert Trump have stayed out of the spotlight, they were both involved in charity work in the New York area. In November 2015, Pallen and Robert Trump co-hosted a “Angels of Light Benefit,” according to a Facebook post about the event. It was held at Monte’s Kitchen in Amenia, New York. The charity event was for, “Holiday giving for childen and families with life threatening illnesses.”

Robert Trump told Page Six he was “gainfully retired,” in 2016 when his brother began his run for the presidency. He told the newspaper, “I support Donald one thousand percent. I think he’s doing a great job. I think he’s got a great message. If he were to need me in any way, I’d be there. Anything I could do to help.”

The block is hot! Live music from 5-7pm during #HappyHour

Over 100 years ago, Pallan’s ancestors opened Brooklyn’s oldest Italian restaurant, Rural Intelligence reported. According to Organic Hudson Valley, Monte’s Venetian Room was opened in 1906 by Italian immigrants Angelo Montemarano and his wife Philomena. Patch reported that the restaurant was first known as Angelo’s but when his son, Nick, became the boss it became Monte’s. When Nick Monte died in 2008, the restaurant closed but opened two years later under the ownership of  Dominick Castlevetre and his wife, Tina Esposito, who are related to the Montemarano family by marriage.

Pallan, a descendant of the Montemarano family, opened a second location called Monte’s Local Kitchen & Tap Room in Amenia, New York in 2014, Organic Hudson Valley stated. The restaurant also has a burger named after her late love, called the “RST All American” on their menu. The eight-ounce burger costs $17.50 and comes on a brioche bun with with cheese, lettuce, aioli, homemade pickles and truffle fries. The farm-to-table eatery also catered a Trump rally in April of this year in Poughkeepsie, New York, the New York Post reported.

A New York magazine, Old Fashioned Mom, wrote about the new restaurant after it opened:

Today, the Montes have reinvented themselves in the Hudson Valley of New York with the advent of Monte’s Local Kitchen & Tap Room in Amenia. This more recent development in the long historical legacy of the Monte Family came about in 2014 when Ann Marie Pallan, one of the third generation siblings, found a location in Amenia, NY that so closely resembled the original Monte’s building in Brooklyn. Ann Marie was so taken aback that she immediately called her brothers and sisters to come up to the Hudson Valley to see for themselves. Shortly thereafter, the seeds were sown for the birth of a new entity to be called Monte’s Local Kitchen & Tap Room. Subsequetly, a partnership was formed between the Monte family and Dafna Mizrahi, a graduate of the Culinary Institute of America and now General Manager and Executive Chef, to continue the tradition of hospitality for future generations to come.

According to Pallan, her husband didn’t contribute any funds to help open the new restaurant. Rural Intelligence wrote in 2015, “While Robert Trump, nearly tall enough to play for the Knicks, towers over the pub area on Friday nights, Ann Marie is quick to point out that there’s no Trump money in the restaurant — the owners are five Monte siblings and an “adopted” Monte, Dafna Mizrahi.”

4. Blaine Trump Accused Pallan of Having an Affair With Robert Trump

During their divorce proceedings, it was revealed that the first Mrs. Trump found out that her husband was having an affair with Pallan. According to a 2009 Page Six article, she found out he was unfaithful when she learned that he bought her a house in Long Island, New York for $3.7 million. The same article revealed Robert Trump met Pallan at the family real estate office in Brooklyn, New York. The couple moved into the Long Island home after Robert Trump split from his wife

Page Six wrote at the time that the separation and affair contributed to Blaine Trump attempting suicide, “After she recuperated, Blaine tried to forgive her husband and save the marriage, but he refused to leave Pallan, whom he met while she worked in the Trump family real estate office in Brooklyn, and so Blaine agreed to a divorce.”

Blaine Trump, who was born Martha Lindley Blaine Beard, was a well-known socialite before marrying Robert Trump. She has also started a new relationship since their divorce. A 2015 article in Avenue Insider described entrepreneur Steve Simon as her life partner. 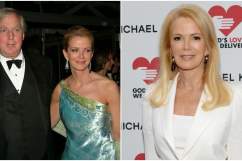 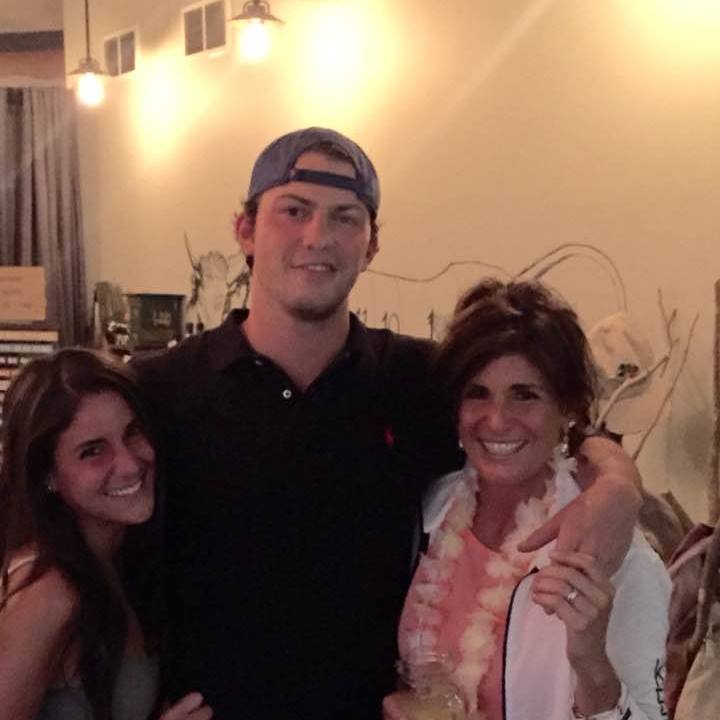 Genna has a master’s in mental health counseling and is also the bookkeeper, accounts and back office manager for the Monte’s location her mother opened in Amenia, New York according to her own Facebook. TJ’s Facebook stated that he currently lives in Richmond, Virginia.