She spent much of her professional career behind the bench, as a circuit court judge. Trump Barry is said to have a close relationship with her brother, despite holding differing opinions on certain key issues vital to his presidency.

1. The Trump Family’s Alleged Tax Scheme, Investigated By the New York Times, Was Unearthed Because of a Financial Disclosure Form Maryanne Trump Barry Had to Fill Out in 1999

President Trump has sold himself as a self-made billionaire but a Times investigation found that he received more than $400 million from his father’s empire, much of it through dubious tax schemes during the 1990s, including instances of outright fraud. https://t.co/CciVkq5mDU

Maryanne Trump Barry was confirmed as a federal appellate judge in 1999 by the Senate. Part of that process involved filling out a financial disclosure form. New York Times reporter Susanne Craig found the financial record, which had not been redacted.

The reporter noticed a $1 million contribution that seemed abnormal. The form indicated the money was from a company owned by the Trumps, called All County Building Supply & Maintenance.

The New York Times team investigated the company. Their digging led to an explosive expose on how the Trump family allegedly avoided taxes. According to the investigation, All County Building Supply was created in order to move money from Fred Trump’s companies and give it to his children.

The process appears to have been very simple. As the Times explained, Fred Trump paid vendors and maintenance crews for improvements to his properties. Beginning in 1992, the name “All County Building Supply & Maintenance” started appearing on the checks that were sent out to pay the maintenance crews.

The next step was for “All Country” to send an invoice to Fred Trump’s company, to be reimbursed for the payments to the vendors. But those invoices “were padded, marked up by 20 percent, or 50 percent, or even more, records show. The Trump siblings split the markup” along with John Walter, Fred Trump’s nephew, who was reportedly in charge of computerizing the payroll systems. This system would have allowed the Trump siblings to receive millions of dollars, tax-free. President Trump was estimated to have received $413 million in current dollars from Fred Trump’s company. You can read the full New York Times expose here.

2. Maryanne Trump Barry, a Republican, Was Nominated to the Circuit Court by President Bill Clinton

Maryanne Trump Barry was the first member of her family to graduate college, according to a bio on her alma mater’s website. She studied political science and government at Mount Holyoke College in Massachusetts and graduated in 1958. She went on to earn a master’s degree from Columbia University in 1962.

She got married and became a mother. But she was not done with her education. When her son was in sixth grade, Trump Barry began law school at Hofstra University. She became a lawyer in 1974 and went to work for the Justice Department, specifically in the Office of the U.S. Attorney in New Jersey. Out of 62 lawyers, Trump Barry was reportedly just one of two women. Her titles during that nine-year span included Assistant U.S. Attorney, Chief of the Appeals Division and First Assistant U.S. Attorney.

Trump Barry’s next job was to move behind the bench. President Ronald Reagan made her a judge on the U.S. District Court for the District of New Jersey in 1983. She served on that court until 1999, when President Bill Clinton nominated her to the U.S. Court of Appeals for the Third District. Trump Barry still holds the title of senior judge but took an “inactive status” in 2017. 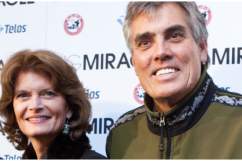 Two years later, she tied the knot with fellow attorney John J. Barry. He apparently fit right in with the family, because he worked alongside his brother-in-law, Donald Trump. Barry worked for the law firm Kimmelman, Wolff and Samson and represented Donald Trump’s New Jersey casinos.

There was one case that thrust all three together, while Maryanne Trump Barry was a judge on the U.S. District Court in New Jersey. Her brother’s associate, Joseph Weichselbaum, owned a company that flew high-paying customers to Donald Trump’s New Jersey casinos via helicopter. Trump Barry herself had ridden on one of these helicopters.

But this business relationship became very complicated when Weichselbaum was convicted of drug trafficking. The case had been handled in Cincinnati, Ohio, but when it was time for sentencing, it was suddenly moved to New Jersey– to Maryanne Trump Barry’s courtroom in Newark. Judge Trump Barry recused herself from the case, citing the fact that she and her husband had flown on a Weichselbaum helicopter.

Weichselbaum had been living in Trump Plaza in Manhattan at the time. Donald Trump allegedly wrote a letter to the court asking for leniency for Weichselbaum; in recent years, he has denied sending such a letter. In the end, Weichselbaum was sentenced to three years in prison but served only 18 months.

Maryanne’s husband John Barry died in 2000, reportedly from cancer. His obituary in the New York Times stated that he was a partner with the Tompkins, McGuire, Wachenfeld & Barry law firm based in Newark, New Jersey at the time of his death.

The obit pointed out that Donald J. Trump had been among Barry’s clients. It also stated that Barry had represented “Eddie Antar, the electronics retail chain executive known as Crazy Eddie. Mr. Antar eventually pleaded guilty to racketeering after the chain had collapsed, he had disappeared, and it had been determined that he had spirited millions of dollars to foreign countries.”

Barry and Maryanne Trump had one daughter together, Barbara Coates.

4. Maryanne Trump Barry is Said to Be Close With Her Brother, But She & Donald Appear To Have Differing Opinions When It Comes to Immigration

Maryanne Trump Barry has pointed out that her relatives arrived in the United States as immigrants. Her mother, Mary MacLeod, came from Scotland when she was 18-years-old. Their paternal grandparents, Friedrich and Elizabeth Trump, were from Germany. They all were able to come to the United States because they had relatives already living here (otherwise known as “chain migration.”)

That background appeared to have influenced Trump Barry’s opinions as a federal judge. She was known for her compassion to the individuals specifically impacted by immigration law. One example of this was the case of Malachy McAllister. In 1999, he was facing deportation back to Northern Ireland. He had left in the 1980s amid political turmoil and had asked for refuge in the United States.

Trump Barry’s court ultimately decided to allow authorities to deport McAllister. But her written opinion showed she was not thrilled with the decision. Real Clear Politics shared part of the opinion, which reads as follows:

“I refuse to believe that ‘Give me your tired, your poor, your huddled masses yearning to breathe free…’ is now an empty entreaty. But if it is, shame on us.

I cannot find a way to keep the McAllisters in this country, and I have surely tried,” Barry added. “But the laws Congress has enacted, particularly those enacted in the wake of the September 11th horror, are bullet-proof, designed, as they should be, to combat terrorism. The problem here, though, is that Congress’s definition of ‘terrorist activity’ sweeps in not only the big guy, but also the little guy who poses no risk to anyone. It sweeps in Malachy McAllister.”

In a 2006 opinion, Trump Barry criticized a fellow judge for his treatment of immigrants that came into his court. The opinion included the following language:

“It is a hallmark of the American system of justice that anyone who appears as a litigant in an American courtroom is treated with dignity and respect. In a country built on the dreams and accomplishments of an immigrant population, a particularly severe wound is inflicted on that principle when an immigration matter is not conducted in accord with the best of our tradition of courtesy and fairness.” 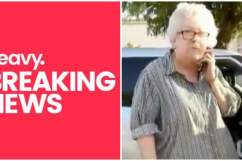 5. Trump Barry Issued Opinions From the Bench That Indicate She is Pro-Choice

Who are Donald Trump's siblings?CNN's Tom Foreman looks into Republican presidential candidate Donald Trump's siblings and their relationship.2015-10-10T00:35:24.000Z
Maryanne Trump Barry, who chooses to lead a fairly private life despite her career as a federal judge, came under scrutiny during the Republican primary elections leading up to 2016. Texas senator Ted Cruz called Trump Barry a “radical pro-abortion extremist.” Her brother Donald had mentioned that he thought his sister would make a great Supreme Court justice.

“The Legislature’s argument that Roe and Casey are inapplicable to ‘partial-birth” abortion procedures because such procedures are infanticide rather than abortion is based on semantic machinations, irrational line-drawing, and an obvious attempt to inflame public opinion instead of logic or medical evidence.

In what can only be described as a desperate attempt to circumvent over twenty–five years of abortion jurisprudence, the Legislature would draw a line based upon the location in the woman’s body where the fetus expires. Establishing the cervix as the demarcation line between abortion and infanticide is nonsensical on its face as well as inaccurate because that line may be crossed in any number of abortion procedures which the Legislature concedes are constitutionally protected. While there are unquestionably numerous ethical, philosophical, and moral issues surrounding abortion, we are unpersuaded that these issues —- or our legal analysis —- should turn on where in the woman’s body the fetus expires
during an abortion.”