Houston Police Keith Gaderson is wanted in a Houston homicide.

Keith Gaderson is a Houston man who is accused of shooting and killing a 39-year-old man after a dispute at a Cullen Boulevard gas station. The 27-year-old Gaderson has not yet been arrested and is wanted, according to a press release from the Houston Police Department. The victim’s name has not yet been released.

The shooting happened about 1:10 a.m. on Monday, January 17, 2022, near the Gulf gas station and convenience store at 6802 Cullen Boulevard, Houston Police said. After an investigation, Gaderson, who also uses the name Keith Gadarson, according to court documents, was charged with murder and unlawful carrying of a weapon, police said.

The Victim Tried to Get Help After He Was Shot, but He Died in a Car Before He Could Be Driven to a Hospital, Police Say

“Officers responded to a report of a shooting in a parking lot at the above address and found the victim had suffered a gunshot wound to the chest. Houston Fire Department paramedics pronounced the victim deceased,” police said in a press release. The case was investigated by Detectives Lee Kauffman and Arthur Ferrell. “Witnesses stated a known suspect, Gaderson, shot the victim prior to fleeing the scene in an unknown direction.”

Police added, Gaderson was subsequently charged for his role in the shooting and is wanted at this time. Anyone with information on Gaderson’s whereabouts or in this case is urged to contact the HPD Homicide Division at 713-308-3600 or speak anonymously to Crime Stoppers at 713-222-TIPS.”

Lieutenant Larry Crowson said at the scene in the hours after the shooting, “One of our sergeants was in the area and got there in a couple of minutes. When he arrived there was a large crowd at a gas station. He started checking the area and found an adult male in a car here behind me. That adult male is unfortunately deceased here at the scene.”

Crowson added, “The information we have right now is the male was in the parking lot of the gas station when there was some kind of a confrontation with another male. There was at least one shot fired. That’s when our victim was struck. He ran back here and it looks like people in that car were going to try to take him to the hospital. Unfortunately, he expired here at the location.” 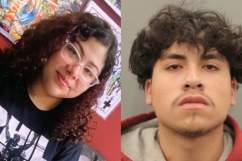 Keith Gaderson is also wanted on a felony aggravated assault charge that was filed on January 10, 2022, in Harris County, court records show. Houston Police said in court documents that Gaderson threatened his girlfriend with a gun on December 15, 2021.

The victim told police she got into an argument with Gaderson about blocked numbers on her phone and he hit her punched times and bit her on her arm, according to court documents. Gaderson is also accused of pulling out a gun and telling her to “stop playing with me.” She said she accused Gaderson of cheating on her.

Gaderson is free on $25,000 bond in another 2021 case. Gaderson was arrested June 14, 2021, by the Houston Police Department after he was found with a gun, according to court documents. He was indicted on the charge in November and his bond was revoked after the murder charge was filed against him, records show.

Gaderson was also arrested on a felon in possession of a firearm charge on December 28, 2020, by the Houston Police Department and that case is also pending, court records show. 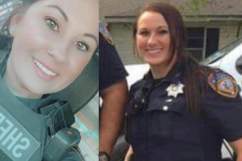 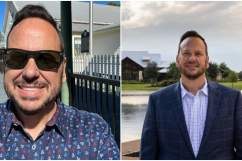 Loading more stories
wpDiscuz
0
0
Would love your thoughts, please comment.x
()
x
| Reply
Keith Gaderson is a 27-year-old Houston man who is accused of shooting and killing a 39-year-old man after a dispute at a Cullen Boulevard gas station. He is wanted by police.