Rappers Young Thug and Gunna have been arrested today on RICO charges filed in Fulton County, Georgia, according to a local news station. Young Thug’s charges include an allegation that he rented a car used in the murder of a rival gang member, WSB-TV Reporter Michael Seiden wrote on Twitter May 9, 2022.

The rappers were charged along with more than two dozen others in a 56-count indictment. Prosecutors did not immediately respond to a request for comment.

Here’s what you need to know about the arrest of Young Thug and Gunna:

1. Young Thug Is Accused of Renting a Car That Was Used in a Murder

JUST IN: @youngthug booked into @FultonSheriff on charges of Conspiracy to Violate the Racketeer Influenced and Corrupt Organizations Act & Participation in Criminal Street Gang Activity. He will make his first appearance on Tuesday at 1130 am. @wsbtv pic.twitter.com/LRSeus8Lsc

He is accused of renting a vehicle, a 2014 Infiniti Q50 sedan, from Hertz that was used in the murder of a Donovan Thomas Jr., Seiden wrote. The murder occurred January 10, 2015, according to Seiden. Read more about Thomas here.

A video showing the arrest of Young Thug appeared on YouTube as news in the case emerged. The video said Young Thug’s house was “raided” when he was arrested. The 28-second video shows a man identified as Young Thug being walked out in handcuffs wearing a white tank top. The video says about 10 people were arrested and the road in Buckhead was closed.

2. Young Thug’s Charges Stem From Alleged Crimes That Occurred as Far Back as 2013

I’m continuing to read through the 88 page indictment. Here is the complete list of defendants and charges they’re facing. pic.twitter.com/UvZpCei1uq

Young Thug’s jail record shows that the charges stem from alleged crimes that occurred more than five years ago. The Fulton County Jail website says his charges include Conspiracy to Violate the Racketeer Influenced and Corrupt Organizations Act, also known as RICO, with an offense date of January 24, 2013, and Participation in Criminal Street Gang Activity, with an offense date of May 24, 2013.

Here is his jail record:

Young Thug was booked into the jail May 9, 2022, after he was arrested by the Atlanta Police Department, his jail record says.

3. Young Thug & Gunna Were Arrested in 2017 on Drug Charges in Atlanta

Young Thug and Gunna have both been arrested previously in the Atlanta area, according to the Atlanta Journal-Constitution. They were arrested on drug charges in DeKalb County, the newspaper reported, along with another man, Chris Jones.

“In the years since his last arrest, Williams’ star has grown as he avoided legal entanglements,” the newspaper reported. “In 2019, he won a Grammy Award as a songwriter on ‘This Is America,’ the thought-provoking Childish Gambino track further propelled by an unconventional music video that went viral. Childish Gambino is the stage name of Donald Glover, the multi-faceted actor and rapper known for producing and starring in the TV show ‘Atlanta.'”

BREAKING: Young Thug and Gunna are among 28 people associated with YSL that have been charged in a 56-count indictment.

Speiden said the indictment alleges Christian Eppinger and Antonio Sumlin, described as YSL associates, attempted to get the permission of Young Thug for a 2nd murder attempt on rapper YFN Lucci while he is jailed in Fulton County. YFN Lucci, whose real name is Rayshawn Bennett, was arrested on gang-related charges May 5, 2021, in Atlanta, according to USA Today. Bennett’s attorneys denied the allegations in statements to USA Today and said he is not affiliated with any gangs.

Atlanta Police Deputy Chief Charles Hampton said in a news conference following the May 5 arrest that they were working hard to mitigate violence in Atlanta.

The indictment filed May 9 names Young Thug, whose real name is Jeffrey Williams, as one of the founders of YSL, according to Speiden. The founders are listed as Jeffery Williams AKA “Young Thug,” AKA “Slime,” Walter Murphy AKA “DK,” and Trontavious Stephens AKA “Tick,” AKA “Slug,” Speiden wrote.

The indictment describes YSL as a “criminal street gang” founded in 2012 in Atlanta in the area of Cleveland Avenue, Speiden wrote on Twitter. The gang claims affiliation to the Bloods, the indictment says.

5. Donovan Thomas Jr. Was a 26-Year-Old Man Killed in a Drive-By Shooting 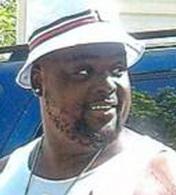 Donovan Thomas Jr. was fatally shot outside a barber shop in Atlanta January 10, 2015, according to an article from WSB-TV at the time of the murder. A 14-year-old boy and a man in his 20s were also shot and injured. The other two victims were shot in their legs, the news outlet reported.

Thomas was 26 years old. The shooting occurred on a Saturday night on McDaniel Street in the Castleberry Hill neighborhood. Police described the incident as a drive-by shooting. Thomas was shot multiple times in the upper body. He was rushed to Grady Memorial Hospital for emergency surgery, but died at the hospital, the news station reported.

Sugar Thomas, a neighbor who is not related to Donovan Thomas, told WSB-TV shortly after the shooting that she heard gunfire from inside her home. She went outside after hearing shots and saw three men lying on the ground.

“I’m praying for the people who got shot. That’s all we can do because we don’t know what happened,” she told the news station.

Loading more stories
wpDiscuz
0
0
Would love your thoughts, please comment.x
()
x
| Reply
Rappers Young Thug and Gunna have been arrested on RICO charges today filed in Fulton County, Georgia, according to a local news station. They were charged along with more than two dozen others in a 56-count indictment.