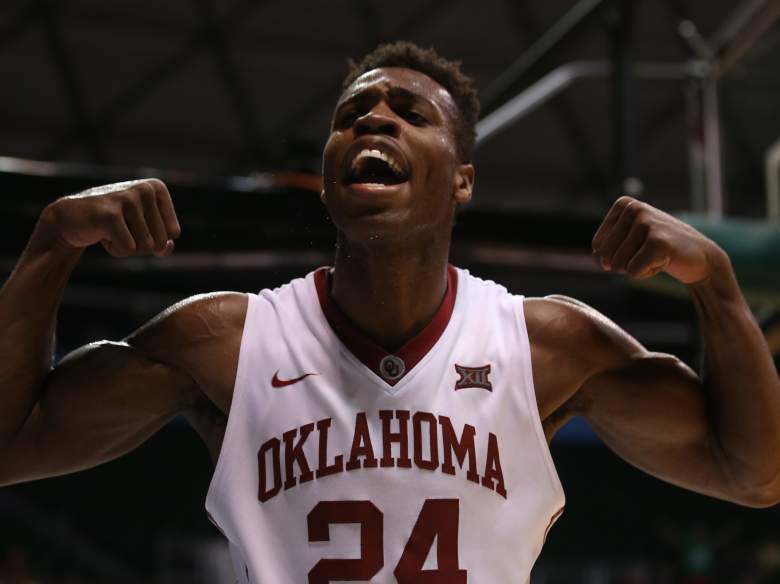 Buddy Hield and the Oklahoma Sooners are still perfect, but where do they fall in the latest NCAA rankings?

Are we all appropriately holiday-ed out?

So, while we were focused on holiday festivities, a few of the nation’s top hoops teams were focused on something slightly different; winning. Michigan State, still perfect and still finding ways to win, is at the top of the latest rankings here at Heavy, but there’s a bit of movement throughout the list as well. After all, Kentucky and Louisville battled in their annual rivalry game this week and squads like Xavier and Oklahoma continue to quietly dominate.

You can check out the latest AP poll here and the latest coaches poll right here.

Read on to check out the latest round of Heavy’s Top 30 teams in the country. Let’s all start mentally preparing for conference games. It’s only going to get more fun.

How often do you think Wichita State practices free throws? The answer, apparently, is enough to set a brand-new school record. The Shockers connected on 44 free throws, taking advantage of that charity stripe, in last Tuesday night’s 98-69 victory over Nevada. It’s a solid bounceback win for Wichita State after the OT loss to Seton Hall on December 19.

The Huskies continue to win, but the big-name victory isn’t there quite yet. UConn took down Central Connecticut State 99-52 last Wednesday, notching a third-straight win. The big test will be later this week when the Huskies head to the road against Texas and then open up conference play.

It all got a little bit dramatic last Monday for the Ducks as they just barely held on to defeat Alabama 72-68 at home. Credit Dillon Brooks with a big-time performance, notching 23 points, while Tyler Dorsey made four free throws in the final 15 seconds of play. Oregon has now won three straight, finding a way to make things work despite some early-season injury issues.

We need to talk some more about the Bulldogs offense. Ok. So Gonzaga’s last three wins (all at home) against Tennessee, Pepperdine and Loyola Marymount, aren’t going to impress the committee come March, but the Bulldogs have been able to pull away early and stay up until the final buzzer. That could be a big deal down the season-long stretch.

Close only counts in horseshoes and the Bearcats were just this close last Tuesday. Cincinnnati dropped an 81-79 decision to Iowa State last week in a game that the squad controlled with just minutes left on the clock. This is another blow to the Bearcats early-season schedule, particularly after the loss to regional rival Xavier.