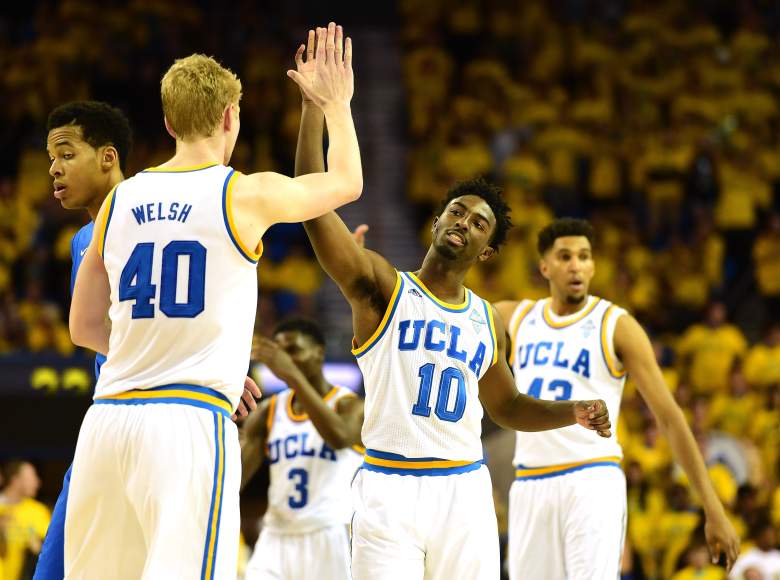 UCLA’s Isaac Hamilton has been a sparkplug for the Bruins throughout the early-season. (Getty)

We need to talk about Tyler Cavanaugh. The junior transfer, who played at Wake Forest from 2012-14, is making his presence known on this George Washington team this season. In 12 games, all of which he’s started, Cavanaugh is averaging 27.1 points a game, shooing a team-best 52 percent from the floor. Cavanaugh’s on-court experience, and the chance to finally play again, could be a huge boost for GW come conference time.

After the upset, OT victory over Duke earlier this month, the Runnin’ Utes just kept runnin’ this week. Utah more or less obliterated Delaware State on Tuesday night, cruising to a 105-58 victory. It’s the second time this season Utah has scored over 100 and the fourth time the squad has scored more than 90.

Isaac Hamilton appears to be pretty good at this whole playing basketball thing. In the last five games Hamilton has averaged 20.2 points, 4.8 rebounds and shot a blistering 57.5 percent from the floor. That’s impressive on its own. Even more impressive? Hamilton was averaging 10.6 points throughout his Bruins career. Give that kid the ball more.

You guys thought, SMU was rolling before? Then we’ve got some good news. The Mustangs now also have a coach. Larry Brown returned to the sidelines after his nine-game suspension because of NCAA penalties. The first thing he told his team…”And then I told them I didn’t want to screw them up.” Back to work and, as far as SMU is concerned, back to winning.

The Commodores have already lost four and a big reason for that is their struggle to do the little things early this season. Vanderbilt shot just 34.9 percent and was out-rebounded 43-to-34, including just nine boards in the second half, en route to a 68-55 loss to Purdue last week.