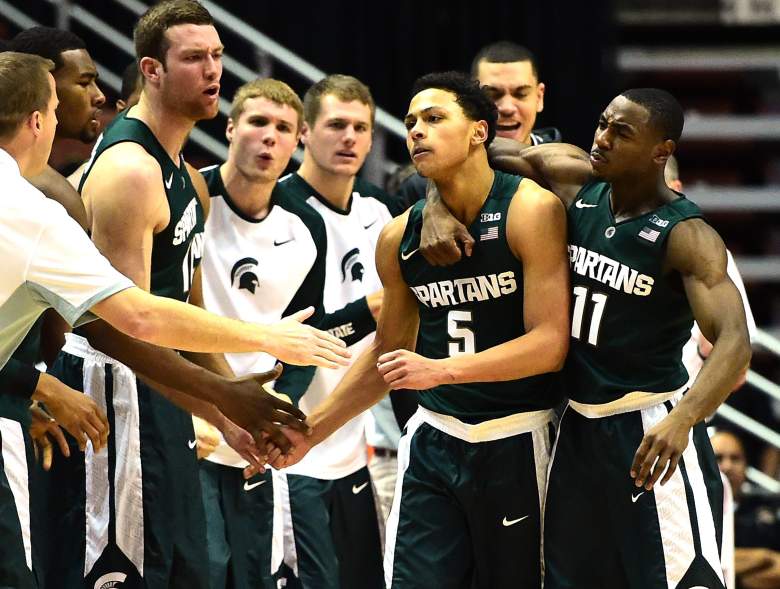 Michigan State is still perfect and still the team to beat across the entire country. (Getty)

Cheick Diallo’s struggles this season has been vast. First, the freshman had to battle for his chance to actually get on the court. Now, he’s working to make sure he’s not only productive in the Jayhawks rotation, but that he actually can stay in it. Diallo fouled out just 10 minutes into Kansas’ victory over Montana on December 19. If Diallo can find some rhythm, he can find some consistency and that can be huge for Kansas down the stretch.

Watch out for the Maryland big men. Diamond Stone racked up 16 points and Robert Carter added 19 of his own as the Terrapins cruised to an 87-67 victory over Marshall last week. Keep an eye on Stone in particular. The center has scored in double figures in his last five games, finding a way to get some scoring momentum despite coming off the bench.

Buddy Hield. Let’s repeat. Buddy Hield. We should be talking about him more. Because Buddy Hieldis exceptionally good at playing basketball. His 86 combined points on the week set a new Diamond Head Classic scoring record and, through 11 games, he’s averaging 24.9 points, shooting .515 from the floor, .529 from three and .900 from the line. For good measure, he’s the only player in college hoops right now averaging greater than 50% FG, 50% 3FG, 90% FT and averaging better than 20 points per game. That’s good, right?

It wasn’t pretty, but it was still perfect. Bryn Forbes made seven 3-pointers en route to an OT victory over Oakland last week, leading the Spartans to their best-ever start in program history. Now, the key is for Michigan State to keep things rolling, particularly with Denzel Valentine sidelined and conference play set to begin this week.