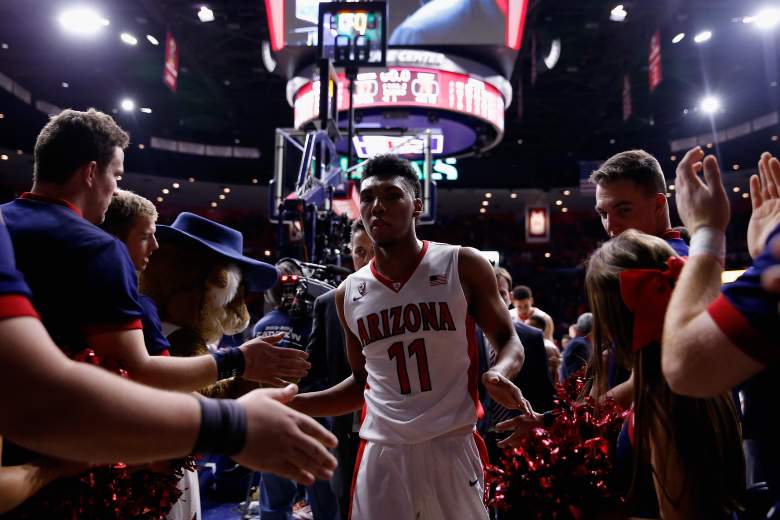 Arizona and Allonzo Trier have been rolling out west throughout the early stretch of non-conference play. (Getty)

Home court advantage is a key in college basketball and so far this season, Butler has been proving that point. the Bulldogs are 6-0 at Hinkile, averaging 98.8 points per game and shooting 57 percent. Luckily for Butler fans, the squad’s next two games, including their Big East opener, are at home.

Kris Dunn got back into the game, literally, last week returning to the Providence lineup after battling illness and notching 14 points in the Friars’ 90-55 victory over UMass. But there’s a bigger stat here than Dunn’s return. It’s Ben Bentil. The forward scored 32 points in 36 minutes of work and continued to prove himself a force on the hardwood.

Matthew Thomas. We need to talk about Matthew Thomas. The junior guard now has four games with six or more rebounds after recording just three such performances in his first two seasons with the Cyclones. Thomas has been consistent this year, appearing in all 11 games and averaging just over eight points.

Allonzo Trier didn’t begin the season in the Arizona starting lineup. That’s hard to believe now. The freshman guard is averaging nearly 26 minutes a night with 13.7 points, 3.2 rebounds and 1.1 assists. Only one other player is shooting better than Trier. Welcome to the spotlight, freshman.

Where does Kentucky land after last week’s rivalry win? Keep clicking that arrow to find out.