A 17-year-old black teen was naked and unarmed when he was fatally shot by a police officer Monday morning in Austin, Texas, police say.

David Joseph was killed by Officer Geoffrey Freeman, who is also black, after police were called to a “disturbance,” just before 10 a.m., the Austin Chronicle reports.

Freeman was fired in March for violating department policy, but a grand jury declined to indict him in May. Dashcam video was released after Freeman was cleared of criminal wrongdoing. Watch it here.
“Any time we have an officer-involved shooting and there is a loss of life this is a tragic event,” Assistant Police Chief Brian Manley said at a press conference. “It is a tragic event for the police department, it’s a tragic event for our community, because no matter what the circumstances are behind that shooting, someone has lost a love one, whether it be a parent, a child, a brother or a sister, and that’s tragic.”

“Our family is devastated today by the loss of our beloved son and brother, David. We are shocked and saddened that he was taken from us in an unexpected and violent way, and are struggling to understand how our child was stolen from us by the police,” his family said in a statement.

1. The Officer Was Told by Dispatchers That There Was No Weapon Involved in the ‘Disturbance’

Police said the 17-year-old victim, David Joseph, who was completely naked and not armed, charged at Officer Geoffrey Freeman before he was shot, the Austin Chronicle reports.

Officer Geoffrey Freeman had been called to an apartment complex on Yaegar Lane for a reported disturbance at 9:57 a.m., but could not find anyone. Witnesses told Freeman 911 was called after a man was chasing another man through the complex.

He stayed in the neighborhood and located Joseph at about 10:30 a.m. in the 12000 block of Nature’s Bend, according to police.

Freeman told investigators he gave Joseph an initial set of commands, which he did not respond to. Freeman said Joseph then charged at him and he fired his gun.
Police radio dispatches, courtesy of Broadcastify.com, show that a dispatcher told Freeman there were no weapons reported to be involved in the initial disturbance. The audio can be listened to below:

A dispatcher told Freeman the 911 caller said “somebody jumped a fence and tried to chase a neighbor.” The dispatcher described the suspect as “a black male, tall, thin, wearing jeans, boxers.” The suspect was running after a neighbor toward a gate and then stopped, the dispatcher said.

All police officers are equipped with Tasers, Chief Art Acevedo said. Assistant Police Chief Brian Manley would not speculate why Freeman did not use his.

Manley also would not say how many shots were fired.

2. A Month Before His Death Joseph Tweeted ‘After We Die Are We Dead Forever?’

David Joseph, a 17-year-old from Austin, Texas, was naked and unarmed when he was fatally shot by a police officer. (Twitter)

Joseph was a student at John B. Connally High School in Austin. His family said in a statement he was a senior and “dreaming of going to college in the fall.”

“We want a full and fair investigation into what led Officer Freeman to kill David. David had no weapon. We do not know what lead to his meeting with Officer Freeman, but we know that our David should not have been taken away from us,” his family said. “No family should have to suffer like we are today.”

After we die are we dead forever?

His final tweet, on February 5, days before his death, is below:

He played football and soccer for his school, and loved to listen to music. He had a life full of possibilities in front of him,” his family said.

He is survived by his mother, Ketty Sully, and brothers Fally Joseph and Mark Joseph.

“Today is not [the day] to talk about the past of this young man,” Austin Police Department Chief Brian Manley told reporters.

Police said his family was notified of his death Tuesday. An autopsy, including a toxicology report, is being conducted. 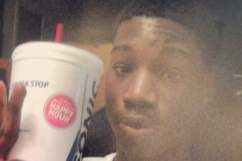 3. The Officer Who Shot Joseph Has Been an Austin Cop Since 2005

Officer Geoffrey Freeman has been with the Austin Police Department since 2005, according to the Austin American Statesman.

No other information about his record with the department or whether he has held any other law enforcement jobs was immediately released.

Freeman, a patrol officer, has been placed on administrative duty per procedure.

“We do value the sanctity of all life here at the department,” Assistant Chief Brian Manley said. “So yesterday’s events, as with all our officer-involved shootings, are tragedies that we look to avoid when possible.”

According to KEYE-TV, there were seven officer-involved shootings in Austin in 2015. This is the first of 2016. 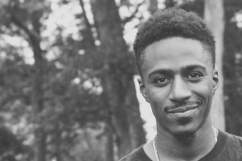 4. The NAACP & Other Local Groups Have Condemned the Shooting, Saying It Shows More Training Is Needed for Police

Police still at scene of fatal officer-involved shooting in Northeast #Austin – will stay for about 2-3 more hours pic.twitter.com/gAMjPntyeX

The shooting was condemned by the Austin chapter of the NAACP. President Nelson Linder told the Austin American Statesman that the incident highlights the need for better training for police officers so that similar situations are handled better in the future.

“Once again it is very clear that this policy of response to resistance is not being enforced,” Linder told the newspaper. “They need to rethink this whole approach, especially if there might be mental illness issues.”

Jim Harrington, director and founder of the Texas Civil Rights Project said in a statement, “It is almost incomprehensible that a young naked man would be considered dangerous such that a police officer would kill him.”

5. There Is Audio of Part of the Incident, but There’s No Known Video of the Shooting

We are on the scene at an officer involved shooting in North Austin. I'll have more details soon @keyetv pic.twitter.com/tTUdxxmU2T

Police said at a press conference Tuesday that the dashboard camera on Officer Geoffrey Freeman’s patrol car did not record video of the shooting. But audio was recorded. The audio has not been made public.

Assistant Police Chief Brian Manley told reporters the audio recorded the moment when Freeman began issuing commands to Joseph to when he allegedly charged at the officer. He said that incident was just a “matter of seconds.”

Manley said the investigation will be complex. 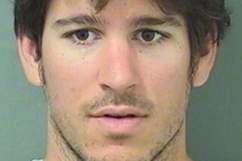 Loading more stories
wpDiscuz
64
0
Would love your thoughts, please comment.x
()
x
| Reply
David Joseph, 17, was naked and unarmed when he was fatally shot by police in Austin, Texas. The shooting by Officer Geoffrey Freeman is being investigated.