A North Carolina man is accused of threatening employees of a Washington, D.C. pizza place with a rifle as he was trying to “self-investigate” a debunked conspiracy theory that claims Hillary Clinton and other high-ranking Democrats are involved in a child sex trafficking ring, police say.

Edgar Maddison Welch, 28, entered the Comet Ping Pong restaurant, which was packed with customers, about 3 p.m. Sunday, and pointed a gun at an employee, the D.C. Metro Police Department said in a press release.

The employees and diners inside the restaurant were able to flee, and police said Welch, of Salisbury, fired his gun after they left. No one was injured.

Police responded to the scene and Welch was arrested without incident. Photos and videos taken by witnesses show Welch coming out of the restaurant and surrendering to police in the street with his arms in the air.

The “PizzaGate” conspiracy theory was spawned out of Wikileaks emails in November, and involves claims that leaders of the Democratic Party, including Hillary and Bill Clinton and Clinton campaign manager John Podesta, were part of a pedophilia ring operating out of the Comet Ping Pong pizza place, according to the BBC.

No evidence has been found to confirm the theory, which has been debunked by Snopes, many news sites, including the New York Times, and also on Fox News.

1. Welch Surrendered to Police After He ‘Found No Evidence Underage Children Were Being Harbored in the Restaurant’

Breaking : I just slowed down my video and snapped this pic of the suspect on the ground being arrested outside #cometpingpong @fox5dc pic.twitter.com/XRIwINPQRV

Edgar Maddison Welch told police, “he had read online that the Comet restaurant was harboring child sex slaves and that he wanted to see for himself if they were there. He stated he was armed to help rescue them. He surrendered peacefully when he found no evidence that underage children were being harbored in the restaurant,” according to Fox 5 DC.

You can read the full charging documents filed by prosecutors below:

Welch brought two guns into the restaurant, police said in a press release.

They described the gun he was armed with as he entered Comet pizza as an “assault rifle,” in a tweet.

A third gun was found in his vehicle, police said.

Witnesses who were sitting down for lunch at Comet describe the scene when a gunman walked in pic.twitter.com/8bEXVe508j

The packed restaurant, located in the 5000 block of Connecticut Avenue, was evacuated, along with other nearby businesses.

Welch fired at least one shot into the floor of the restaurant after it was empty, NBC Washington reports.

“His demeanor was bizarre, in that if you come in to a place to eat, you ask for a host or grab a seat at the bar,” bartender Lee Elmore told the news site. “Didn’t make any eye contact, didn’t talk with anybody.”

Newsham said Welch surrendered about 45 minutes after he walked into the restaurant, according to the Post.

An employee of the restaurant told the owner of a neighboring store, Bradley Graham, that Welch went into the kitchen of the restaurant, “presumably looking for the alleged tunnels” used to hide, torture and traffic children, the Post reports.

Gareth Wade, who was eating pizza in the restaurant, told the Post a server came out and said, “A man had just walked into the building, passed us into the back of the building, he seemed to have a shotgun or a rifle-type of [gun] and said we ought to vacate the building.”

Other people have gone to the restaurant to search for the tunnels, WUSA-TV reports.

“They putting a lot of curses and spells over the city,” a woman who was trying to find the tunnels told WUSA. “All this underground tunnel that helps them take the kids and transport them back and forth so they can do these rituals.”

Another person entered the restaurant and live-streamed video during a busy dinner hour, the New York Times reports.

2. The ‘PizzaGate’ Theory Spread on Social Media & Reddit Over the Past Month, Leading to Threats Against Comet Ping Pong

The owners and employees of the Comet Ping Pong pizza place told the New York Times they received threats because of the debunked theory, which many have said was spread as “fake news” to try to bring down Hillary Clinton and her campaign.

“From this insane, fabricated conspiracy theory, we’ve come under constant assault,” James Alefantis, Comet’s owner, told the Times in a November 21 report. “I’ve done nothing for days but try to clean this up and protect my staff and friends from being terrorized.”

Comet’s general manager Bryan Reh told the Times, “It’s like trying to shoot a swarm of bees with one gun,” of the threats and messages he and the restaurant were receiving on social media.

The harassment also spread to nearby businesses.

“For the last month, we have ALL filed police reports, called the FBI and NOTHING had been done to address the daily attacks, the harassment and the death threats we all received,” Terasol Bistor and Artisan Gallery, located near the pizza restaurant, said on Facebook on Sunday. “The fake news MUST cease and MUST be taken down and the callers who attack us, the ones who are disparaging us online and blasting lies must be brought to justice. ENOUGH!!!!”

Police had previously been investigating the threats against Comet.

Brian Fallon, who was the press secretary for the Clinton campaign, tweeted about the incident Sunday:

Maybe Trump could tweet a condemnation of the fake news that inspired a lunatic to terrorize @cometpingpong instead of obsessing over SNL.

President-Elect Donald Trump’s pick for national security adviser, retired Army Lieutenant General Michael Flynn, has come under fire for tweeting a link to another story about another debunked conspiracy theory claiming Clinton and Democrats are involved in a child sex ring.

Flynn’s son and chief of staff, Michael G. Flynn, doubled down on the conspiracy theories Sunday night in a new tweet:

Until #Pizzagate proven to be false, it'll remain a story. The left seems to forget #PodestaEmails and the many "coincidences" tied to it. https://t.co/8HA9y30Yfp

After Sunday’s incident, Alefantis gave a statement to reporters outside the restaurant, which you can watch below:

“Comet Ping Pong has been a beloved institution in Washington for the past decade. We are heartened by the support and loyalty of our customers and community. They are our lifeblood and we will continue to serve them joyfully for the decade to come and beyond,” Alefantis said.

The Comet owner said they are “deeply grateful” to police who responded “swiftly” to the call. He said he is “confident” they will be able to operate safely and securely moving forward.

3. Welch Struck a Teenager With His Car During an October 2016 Incident, Police Say

Edgar Maddison Welch struck a teenager with his car, sending him to the hospital by helicopter, in October 2016, according to a report by WBTV.

The incident happened about 7:30 p.m. in Salisbury, North Carolina, the news station reports. Kenyatta Belton, 13, suffered head, torso and leg injuries after he was truck by Welch’s Buick LeSabre.

Witnesses told the news station that the victim was walking with several other friends when he was struck by the car.

“We was walking down the road, just a normal walk, and this one car had the full road,” Belton’s friend, Sean Lankford, told the news station. “We was pretty much on the white line and he wiped out one of my friends and he had the whole road to turn into even the whole other lane, even in the same lane he could have avoided him.”

Welch was not charged at the scene. Police told WBTV he was driving about 45 miles per hour, which is the speed limit on the road.

According to a police report obtained by Slate, the investigation into the incident is ongoing.

Welch has a criminal record, including a conviction for driving under the influence in 2013, which led to a sentence of 60 days in jail, according to court records. He was previously convicted in 2007 of driving after consuming alcohol while under 21.

4. He Has Been an Actor & Graduated From Cape Fear Community College in 2007

Welch has had a brief career in the film industry, according to an IMDB profile. He was a production assistant on two independent films, “The Mill” and “A Tale About Bootlegging” and was an actor in another film, “The Bleeding” in 2009.

He also is credited as a writer on the short film “Mute.”

On social media, many of those who believe in the false PizzaGate theory are pointing to Welch’s past in movies as proof he is a “crisis actor,” hired to carry out a “false flag” operation at Comet pizza.

Welch’s father, Harry Welch Jr., is also credited on “The Mill,” according to IMDB.

Harry Welch Jr. is a former police officer, firearms instructor and expert witness on firearms, according to his IMDB profile. He also writes that his family has hosted foster children and has worked to prevent child abuse.

He was, “elected President of the North Carolina Crime Stoppers Association (two terms). Served as Executive Director for Protect-A-Child, a national, non-profit organization to prevent abuse and abduction of children. Appointed by Governor Jim Martin to the Governor’s Commission on Child Victimization.”

Maddison Welch graduated from Cape Fear Community College in 2007, according to the Salisbury Post.

He was previously a member of the Locke Fire Department, a volunteer department in Salisbury, according to his Facebook page, where he goes by Maddison Welch.

Welch, a father of two daughters, has been a registered Republican since 2006, according to voter records.

His girlfriend, Miranda Reed, talked to Buzzfeed News on Facebook.

“I do wanna say that I have literally never met a more incredibly selfless, kind, caring an jus [sic] all around amazing man in my life,” she told Buzzfeed. “He would never do anything to harm anyone, regardless of accusations made against them…”

On his Facebook page, Welch “likes” conspiracy theorist Alex Jones, and his website, Infowars, and has posted anti-Muslim videos in the past.

In 2014, Welch shared a Youtube video on his Facebook page titled “Bible prophecy and the Coming Muslim anti-Christ,” writing, “great, please watch,” along with two quotes from the Bible.

In 2015, he shared a video called “A Message to President Obama from a former Muslim,” in which a man explains that ISIS is representative of the entire Muslim religion, and says stopping Islam will stop terrorism.

He also shared several videos and posts about how the “end of times” is coming soon.

5. Welch Was Charged With Assault With a Dangerous Weapon & the Investigation Is Ongoing

Welch has been charged with assault with a dangerous weapon (gun), D.C. Metro Police said in a press release.

Assault with a dangerous weapon is a felony in Washington, D.C. that is punishable by up to 10 years in prison.

He is also charged with carrying a pistol without a license and unlawful discharge of a firearm, both felonies. Welch is facing a fourth charge, a misdemeanor for illegal possession of a gun.

You can read the police incident report, obtained by The Washingtonian, below:

Three of the charges he was accused of by police were dropped by prosecutors.

The investigation into the incident is still ongoing, according to police.

#cometpizza witnesses being taken down to 4D to speak with detectives. Suspect's Prius just towed away from scene. pic.twitter.com/HhEWf5Oha0

“Anyone who has information regarding this case should call police at 202-727-9099. Additionally, information may be submitted to the text tip line by text messaging 50411,” police said.

Welch appeared in court for the first time Monday and was arraigned on the charges. He was ordered held without bail. Another hearing is scheduled for Thursday to determine if he will be held until trial or if bail will be set. 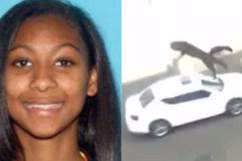