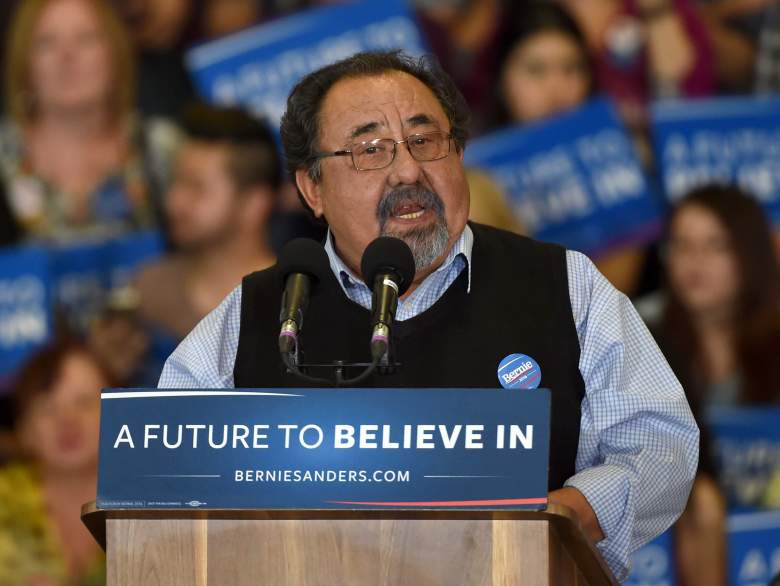 Raul Grijalva has represented Arizona’s in Congress since 2003. (Getty)

Representative Raul Grijalva of Arizona announced on January 13 that he plans to boycott President-elect Donald Trump‘s inauguration on January 20. The 68-year-old Democrat from Tuscon has represented Arizona in the U.S. House since 2003 and was the first sitting member of Congress to endorse Bernie Sanders‘ presidential campaign.

“I will not be attending the inauguration of Donald Trump as our next president,” Grijalva announced on the House floor. “My absence is not motivated by disrespect for the office or motivated by disrespect for the government that we have in this great democracy, but as an individual act, yes, of defiance at the disrespect shown to millions and millions of Americans by this incoming administration, and the actions we are taking in this Congress.”

In stead of attending the inauguration, he plans on meeting with seniors, immigrants and those concerned about climate change.

Grijalva was first elected to Congress in 2002 to represent Arizona’s seventh district. After redistricting, he now represents the third district, which covers Yuma, Nogales, parts of Tucson and parts of Arizona’s border with Mexico.

Grijalva is married to Ramona and has three daughters.

Here’s a look at Grijalva’s thoughts on Donald Trump, his support for Bernie Sanders and what he’s said about the future of the Democratic Party.

1. Grijalva Paid for the ‘Dump Trump’ & ‘Chale Con Trump’ Signs That Popped Up in Tuscon During the 2016 Campaign 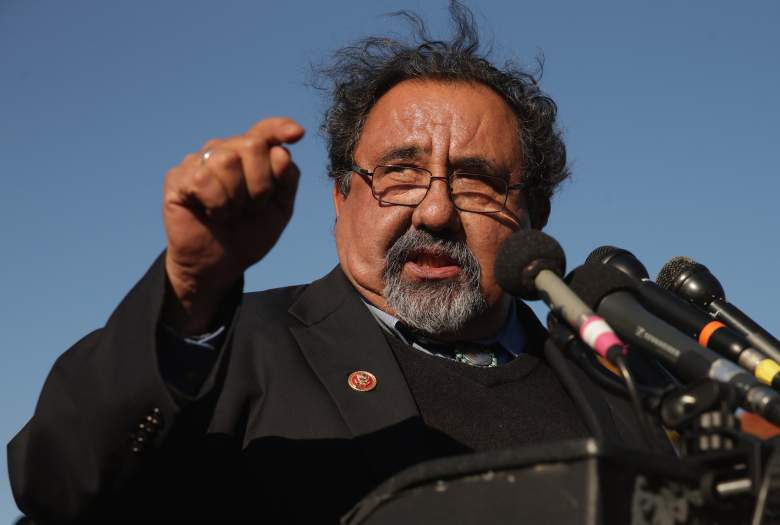 Since Grijalva didn’t have any serious competition during the 2016 general election, he decided to spend campaign funds making sure that Donald Trump didn’t become the next President of the United States. In October 2016, he confirmed to the Arizona Daily Star that he was funding the “Dump Trump” signs that showed up in Tuscon during the campaign.

Grijalva’s campaign created posters that included a caricature of Trump with his face crossed out. Another version read “Chale Con Trump,” which loosely translates to “No Way Trump.” He also posted animated videos with the Trump caricature on his Facebook page.

The Congressman told the Daily Star that he spent around $1,500 on the posters. He told the paper that a Trump Presidency would “marginalize many communities and tilt our idea of public service in a dangerous direction.”

After Trump was elected, Grijalva was one of 150 House Democrats who co-signed a letter to the Trump team to ask that Steve Bannon‘s appointment as chief strategist be dropped, citing the racist allegations against Bannon. The letter didn’t work. 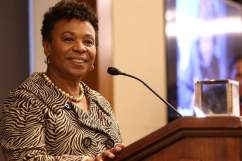 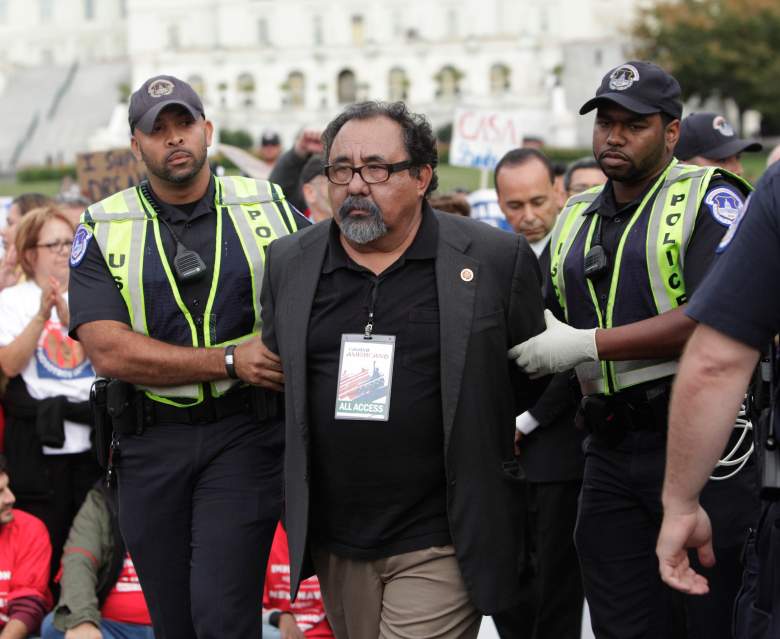 During a protest for immigration reform in 2013, Grijalva was arrested. (Getty)

After Sanders lost the primary, he did support Hillary Clinton and spoke at the Democratic National Convention.

“I couldn’t sit on the sidelines and wait for the tea leaves to be read better,” Grijalva told the New York Times in an October 2015 interview after endorsing Sanders. “The positions he has taken and the values he holds are ones I share.”

Grijalva told the New York Times that he knew Sanders would have a tough time competing with Clinton, but he hoped to help Sanders reach out to Latino voters.

“Latino sectors of the country, African-Americans, people of color — they’re feeling the economic pain as much as anyone else,” he told the New York Times. “Bernie has good positions on immigration and education, which are fountain issues for the Latino community. There’s an opportunity to talk about those and expose the fact that Bernie is not just a one-tune candidate, which he’s not.” 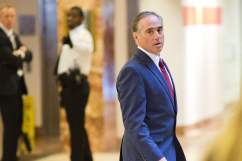 3. After Trump Won the Presidency, Grijalva Said Democrats Need to ‘Rework Our Message’ 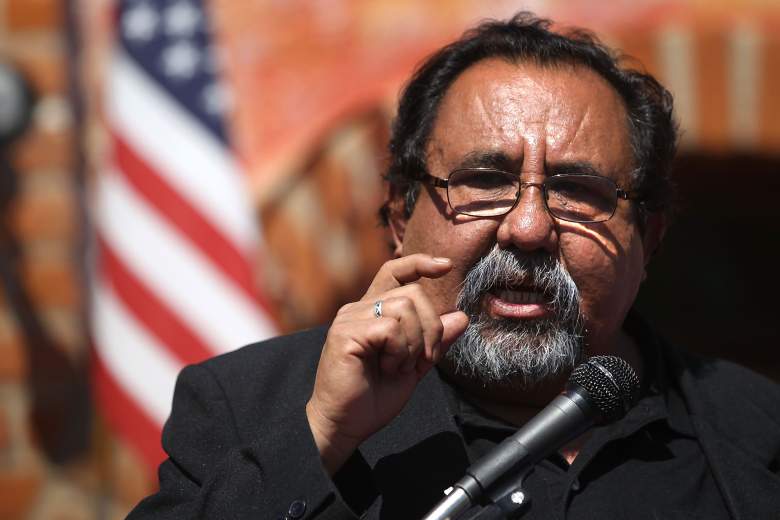 In an interview with NPR in November, after Trump’s victory, Gijalva argued that the Democratic Party didn’t need to do soul serching, it just needs a change in leadership at the Democratic National Committee.

“We need to rework our message,” Grijalva told NPR. “And you need new faces, new attitude, new methodology about how we approach elections. Otherwise, we’re doomed to make the kind of mistakes that we’ve made up to this point.”

Grijalva said that the party needs to recapture the support of the “working folk,” not just young people and minorities. He suggests that the new message centers on income equality.

“We become the real advocates for the minimum wage. We become the real advocates about a tax code that is fair for everyone,” Grijalva explained to NPR. “Making that the thematic point, I think, is important. And it would have put us in a position where, you know, the impression that Trump was the only one that cared about those issues, whether it was trade or whether it was folks whose economic well-being wasn’t secure, we had a counter-message that was as strong, if not stronger, and we didn’t do our job there.” 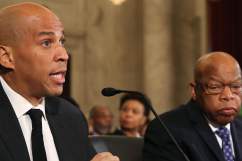 4. Grijalva Was Highly Critical of Arizona’s SB 1070, Calling the ‘Whole Genesis of This Law Was Delusional at the Beginning’ 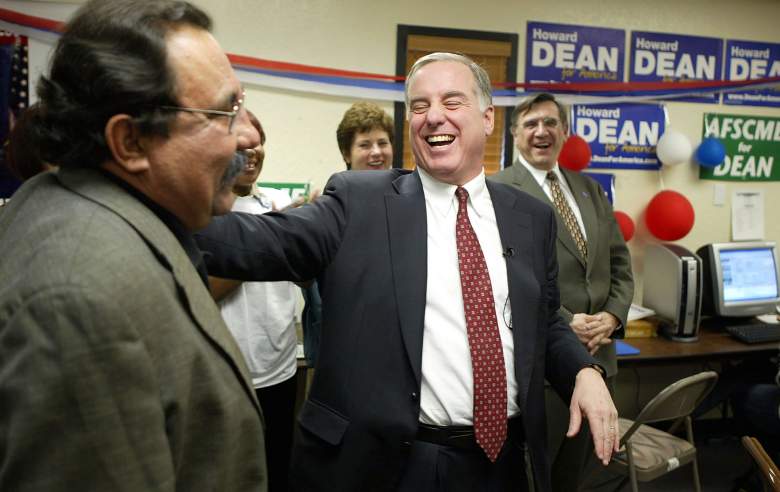 In 2010, Arizona passed the controversial Support Our Law Enforcement and Safe Neighborhoods Act, which was often referred to as Arizona SB 1070. Critics said the bill promoted racial profiling, since it required state law enforcement officers to determine a person’s immigration status during a traffic stop or arrest if there’s reasonable suspicion that the person could be an illegal immigrant.

Grijalva agreed that it promoted racial profiling and called for a boycott of his own state. As the Los Angeles Times reported in October 2010, the Republican Party responded by creating “Boycott Grijalva, Not Arizona” bumper stickers. Grijalva also said he received death threats for his boycott.

“I reacted to it very personally,” Grijalva told the LA Times of the bill. “Being a first-generation American, having had to deal with the consequences of being an immigrant family …. to all of a sudden have a law that separates me from the whole, I found very offensive and demeaning.”

Grijalva later called off his boycott in July 2010 after a federal judge delayed the bill’s implementation. Two years later, the Supreme Court decided in Arizona v. United States to strike down the parts of the law that tried to preempt federal immigration regulations, but still kept some parts of the bill.

There is no victory. The big bully that they created two and a half years ago is now a shell. And and in terms of 1070, and politically, the people of Arizona are wondering: Why did it cost us $23 billion in economic growth and loss of jobs, of business closings and a lack of visitors? Why did it cost us our reputation that’s nationwide in terms of us being outlanders when it comes to the social fabric of this country? That has been the cost. And the divisions in my own state — where I grew up and was born — I have never seen them that deep among people based on race. That’s the legacy. I don’t care what she says about victories. The legacy is what you did to Arizona.

5. Grijavla Wrote That a Wall Along the U.S.-Mexico Border Would Hurt Americans, Too 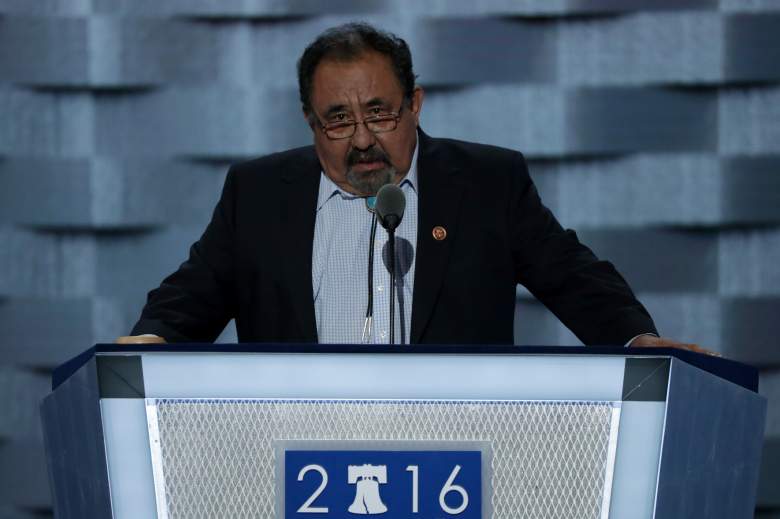 Grijavla, whose district borders Mexico, wrote in an Arizona Daily Star op-ed in July 2016 that Trump’s proposed wall along the U.S.-Mexico border would be harmful to Americans. Grijalva wrote that the wall will cost American taxpayers billions, despite Trump’s claims that Mexico will pay for it.

“The tens of billions of additional dollars it will take to erect Trump’s wall doesn’t factor in the costs for monitoring the structure, or the approximately $750 million it will take to maintain the barrier every year,” Grijalva wrote. “These expenses are hardly irrelevant for our national budget, but they pale in comparison to the toll this wall would take on our border communities, on the local commerce built upon cross-border trade, and on the delicate ecosystems that make these regions the distinct and beautiful environments that nearly 200 million people call home in both the U.S. and Mexico.”

Grijalva also wrote that the wall could be dangerous to the environment along the border and wouldn’t do anything to stop Central Americans from trying to flee their countries for a better life in the U.S.

“Trump’s wall is a concept that’s been foisted upon the American people as a solution, when in reality it fits right in with our abysmal record of spending on absurd border ‘remedies’ that could never work,” Grijalva wrote.

Back in 2007, Grijalva introduced the Borderlands Conservation and Security Act of 2007, which was an attempt to secure the border while also cutting down the negative impact border security could have on the environment. The bill had the endorsement of the Defenders of Wildlife group. The bill never made it past the introductory stage.

Read More
Arizona, Donald Trump, Politics
Follow Heavy ↓
Rep. Raul Grijalva of Arizona said he will boycott Donald Trump's inauguration. Here's a look at what Grijalva has said about Trump in the past and his career.