Facebook Maria Velez, a Cleveland police officer, is accused of sexually assaulting a 13-year-old boy while she was an aide at a city school, police say.

A 24-year-old Cleveland police officer is accused of sexually assaulting a 13-year-old boy while she was working as an aide at a city elementary school, police say.

Maria Velez was arrested October 19, the Cleveland Plain Dealer reports. She was charged with sexual battery and booked into the Cleveland City Jail, the newspaper reports.

1. Velez Is Accused of Sexually Assaulting the Boy Multiple Times Over a 9-Month Period

Maria Velez is accused of sexually assaulting the boy, who was then 13, multiple times between March and December 2015, according to court records obtained by the Cleveland Plain Dealer. She was working as an aide at the time at Clark Elementary School. It is not clear if the victim was Velez’s student or how she knew the boy.

According to WOIO-TV, Velez worked as a bilingual paraprofessional and was hired in October 2014.

Velez worked at the elementary school for more than a year until she resigned in December 2015 to take her current job with the Cleveland Police Department, the Plain Dealer reports. A spokeswoman for the Cleveland Metropolitan School District told the newspaper that Velez was an instructional aide at the elementary school. Roseann Canfora told the Plain Dealer the district was not aware of any accusations against Velez made during her time as an employee with the school district.

“The allegation did not surface when she was an employee of the district; however when the allegation surfaced recently against the former employee, the information was referred to CPD and the Department of Children and Family Services,” Canfora said in a statement.

Further details about the charges against Velez have not been released. 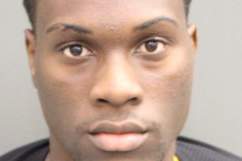 2. She Tried to Convince the Boy to Lie to Detectives When She Learned About the Investigation, Police Say

Velez attempted to convince the boy to lie to detectives when she learned about the ongoing investigation, WJW-TV reports. She called the boy and tried to talk him into misleading the investigators, according to an arrest warrant filed in the case.

The investigation into Velez began in September 2017. It was conducted by the Cleveland Division of Police Integrity Control Section, WJW reports. It is not clear how police learned of the accusations against Velez.

3. Velez, Who Was Hired by the Cleveland Police in 2015, Has Been Suspended Without Pay

Maria Kassandra Velez was hired by the Cleveland Police Department in 2015 and graduated from the police academy in 2016, according to her now-deleted Facebook profile. She worked as a patrol officer in Cleveland’s Fifth District, according to the Plain Dealer.

Velez has been suspended without pay pending the outcome of the investigation, the newspaper reports. The police department has not commented further on her arrest.

“Like all Americans, Officer Velez is presumed innocent until proven guilty in a court of law. A rush to judgement is speculative, not warranted. We trust in our criminal justice system,” Steve Loomis, the president of the Cleveland Police Patrolmen’s Association, told WJW-TV after Velez’s arrest.

4. She Studied Forensic Psychology at John Carroll University With a Goal of Becoming an FBI Agent

Maria Velez is a Cleveland native and graduated from the city’s John Hay High School in 2010, according to her Linkedin profile. After high school, she attended John Carroll University, a private Jesuit school in the Cleveland suburbs, graduating in 2014 with a degree in forensic psychology. While at John Carroll, she wrote on Linkedin that her goal was to become an FBI agent.

“I summaries (sic) myself as hard working, helpful, happy, honest, and organized. My objectives at work are to give the further extend my knowledge and to go above and beyond the customer’s expectation of customer service. My overall objectives in life are to graduate from John Carroll University and then become a n F.B.I. Agent,” she wrote.

“This honestly feels so surreal. Today I graduate from John Carroll and it feels so bitter sweet. Bitter because I going to miss the friends that I’ve made her and my home away from home,” she wrote on Facebook in May 2014. “But sweet because this means that I have officially beat the odds and I’m moving on to bigger and better things. I want to thank God, my daughter, family, and friends for being my strength and helping me be the woman I am today. And I want to thank those who doubted me because that doubt pushed me to prove you wrong.”

Velez is the mother of a young daughter, according to her now-deleted Facebook page.

5. She Faces Up to 5 Years in Prison if Convicted of the Felony Sexual Battery Charge

Velez was booked into the Cleveland County Jail after her arrest Thursday, October 19, the Cleveland Plain Dealer reports. It is not clear if she has posted bail or if she remains in custody at the jail. The date and time of her first court date have not yet been announced.

“In Ohio, ‘sexual battery’ includes unwanted sexual conduct or touching. In its most extreme form, it is classified as rape, which occurs when someone compels a victim to engage in sexual intercourse against the victim’s will, and also includes circumstances when the victim is mentally incapable of giving consent to sex (such as being in a coma or having passed out from drug or alcohol use), and statutory rape—when the victim is too young to legally be able to give consent,” according to Monica Steiner of CriminalDefenseLawyer.com.

It is not known if Velez has hired an attorney. She could not be reached for comment Thursday and a call to a number listed in public records for her was not answered.

Read More
5 Fast Facts, Breaking News, cleveland, Crime, Police
Maria Velez, a 24-year-old Cleveland police officer, is accused of sexually assaulting a 13-year-old boy while she was an aide at an elementary school in 2015.