A top high school basketball player has been accused of raping a woman in Florida, police say.

Emmitt Williams, 19, was arrested by Orlando Police Wednesday and charged with sexual battery and false imprisonment, according to Orange County Jail records. He was being held without bail Thursday on the two felony charges after his first court appearance. He faces life in prison if convicted.

Williams is accused of sexually assaulting a friend in her apartment on October 10, according to court documents.

Williams, a power forward from Lehigh Acres, is a 5-star college basketball recruited, ranked as the No. 20 player in the class of 2018, according ESPN. He has been recruited by several of the top college basketball programs in the country, ESPN reports.

The victim’s age is not known. Williams was ordered to not have contact with her while the case is pending.

1. Williams Is Accused of ‘Forcing Himself’ Onto the Victim & Refusing to Let Her Leave

Emmitt Mack Williams V is accused of raping a friend at her apartment on October 10, according to court documents. The victim told police she invited Williams over to her apartment that night.

According to police, the victim told Williams she wanted to go pick up her friend, “at which time Williams V would not allow (her) to leave her apartment, following her around, stating he did not want her to go and that he wanted to be alone with her, secretly confining and imprisoning her against her will.” The victim told police she “did not feel free to leave her apartment.”

The victim told police that Williams “began touching her, and picking her up, when she stated verbally that she did not want anything sexual to happen between them.” According to court documents, the woman says Williams then raped her:

Williams V began pulling down (the victim’s) pants in her bedroom as (she) continuously pulled them back up and made a movement away from him. Williams V took his pants off and took off (the victim’s) pants forcefully, as (she) stated ‘no’ verbally. Williams V inserted his penis into (her) vagina, while she as laying on her back, penetrating her, without her consent. (The victim) used her hands, in attempt to push Williams V off of her, however he continued having sexual intercourse with her for approximately 30 seconds. Williams V turned (the victim) over, on her hands and knees, and continued having vaginal intercourse with (her). (She) used her hand to attempt to push Williams V off again, however he kept physically moving her hand away from him, continuing to penetrate her. (The victim) continued to verbally state she did not want to have sex with Williams V, as he ignored her, and continued having sex with her for approximately two minutes.

Police said Williams then left the bedroom, and entered the bathroom, where he “ejaculated into the toilet.” He then “stayed in the apartment, for a short period of time after ejaculating,” and then he left,” according to police.

The victim sent a text message to a friend after the alleged assault saying she was “bleeding without menstruating” and then called police, according to court documents. 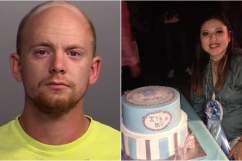 2. He Admitted in a Text Message Conversation the Victim Said No, but He ‘Ignored Her & Continued Having Sex With Her,’ Police Say

Police said that the victim sent a text message to a friend during the incident, saying he would not allow her to leave her apartment, according to court records. You can read the full affidavit above or by clicking here.

The victim said “if she tried to stop Williams V, he became more aggressive, and would force himself on her more.”

A police detective who saw the text messages, which “supported” the allegations,” also witnessed a text message conversation between the victim and Williams, “at which time Williams V acknowledged (the victim) said no to having sexual intercourse with him, however he ignored her, and continued having ex with her,” according to court documnents.

3. He Recently Transferred From IMG Academy to Oak Ridge High School in Orlando

5-Star Junior Emmitt Williams Dunks EVERYTHING At The 2016 City of Palms!!Emmitt Williams returned to his hometown of Ft Myers this past week to get a chance to play in one of the best high school tournaments in the country as a member of the IMG Academy Ascenders. He did not disappoint, as he was active and dunking just about everything he got his hands on.…2016-12-26T02:04:13.000Z

As is not unusual for top high school basketball players, Williams, who was born in Fort Myers, Florida, has played at multiple high schools. He began his career at Lehigh Senior High School in Lehigh Acres. In 2015, he left Lehigh to play at IMG Academy in Bradenton, Florida, a boarding school and sport training destination.

After two seasons at IMG Academy, Williams, a 6-foot-8 forward, recently moved to Oak Ridge High School in Orlando, according The Orlando Sentinel.

“Emmitt took summer school classes at Oak Ridge. He’ll be here,” said head coach Steve Reece in an August interview with the Sentinel. “He’s dominant. A man-child. And he’s a great person. Yes-sir, no-maam, no matter what. Always upbeat. He’s a hard worker in the classroom too.”

Reece’s team is expected to be one of the top high school squads in the country. The season is set to begin in December.

“With the pieces we have, we’ll be one of the top teams in the country,” Reece told the newspaper in August. “I haven’t seen it all together yet. The goal is to maximize our potential.”

Williams took part in a USA Basketball minicamp on the weekend of October 7-8, according to The News-Press. 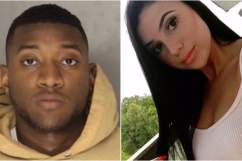 4. He Has Received Offers From Florida, Louisville, Kansas & Other Top Basketball Programs

Williams was described in ESPN’s scouting report as being a “man among boys at the high school level as his length, athleticism, strength, and motor have made him one of the most consistently impactful bigs in the class. Expect him to be capable of making a quick impact at the college level but ultimately his upside may be limited by his lack of size for his position and so he’ll need to continue to develop his skill without sacrificing his efficiency and warrior mentality that is at the heart of his value.”

The teams that have offered scholarships to Williams have not commented about his arrest. It is not clear if the offers remain on the table.

According to GatorSports.com, Williams was scheduled to visit Florida’s Gainseville campus this weekend, but that official trip has been cancelled after his arrest. He recently made official visits to Oregon and LSU, the website reports. The LSU trip was made on October 12, two days after police say Williams committed the rape and a day after police began investigating him. The warrant was signed and issued October 12, according to court records. It is not clear if he was wanted by police while he was at LSU. On October 13, he posted a photo to Facebook tagged as being in Baton Rouge and wearing a Tigers uniform.

5. Williams’ Attorney Says His Client Is Innocent & Is in a ‘Fight for His Life’

Emmitt Mack Williams V has been at the Orange County Jail being held without bail since his arrest on October 18, according to jail records. He was booked at 12:40 a.m.

It is not clear when Williams is set to appear in court again. According to Orange County records, Williams was charged with capital offense sexual battery, which carries a mandatory sentence of life in prison. He was also charged with false imprisonment, a third-degree felony with a possible sentence of up to five years in prison.

Attorney: Emmitt Williams denies the allegations against him. He says he didn’t happen. @news6wkmg

Emmitt Williams’ Twitter account shared a link Thursday to a GoFundMe campaign started to raise money for his bail. The fundraiser was taken down later Thursday, as the site’s terms do not allow for money to be raised for criminal defense. More than $300 had been raised toward a $35,000 goal before it was taken down.

“Emmitt Williams is obviously a great basketball player, but an even better person, teammate, friend and genuine human being. People on their way to being great keep getting targetted (sic) like this,” wrote the campaign’s creator, Hunter James, who played with Williams at IMG Academy. “He is innocent. Help get him back on track!”

After his arrest, several people posted on social media #FreeEmmitt, claiming that he is innocent and blasting the victim and police for making up charges against him.

#FreeEmmitt He didn’t do it man. He seriously would never do that in his life. Can’t believe this. They don’t want to see us winnin. Free Emmitt

A post shared by Emmitt Williams Fanpage (@emmittwilliamsfanpage) on Oct 19, 2017 at 8:46am PDT

Us athletes gotta be careful, so many people wait and pray on our downfall. ?

“#FreeEmmitt He didn’t do it man. He seriously would never do that in his life. Can’t believe this. They don’t want to see us winnin. Free Emmitt,” the Team Williams fan Instagram account posted. 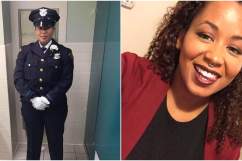 Read More
5 Fast Facts, Breaking News, College Basketball, Crime, Florida, Police
Emmitt Williams, one of the top college basketball recruits in the country, has been accused of raping a woman in Florida.