Alek Minassian’s father, Vahe, appeared heartbroken when facing reporters after his son was arrested and charged with 10 counts of murder and 13 counts of attempted murdered. Minassian’s family has stayed mostly out of the spotlight, but his father tried to apologize to reporters for his son. Law enforcement officials have said that Alek Minassian is suspected of driving a white van into a crowd of people in Toronto, Canada, killing 10 and injuring 15 more. Early reports indicate that he deliberately drove the van onto the sidewalk, hitting pedestrians. He is scheduled to return to court on May 10.

This is a developing story. Here is everything we know so far about Minassian’s family and his background.

This man was seated weeping in the front row as Alek Minassian learned of charges following truck attack on Yonge. I asked “have you spoken to your son” he looked at me and shook his head and said no. At one point he said “sorry” under his breath. pic.twitter.com/i3DbfkcDWo

Alek Minassian appeared briefly in court on Tuesday, April 24 to hear the charges that were being filed against him. He is facing 10 counts of murder and 13 counts of attempted murder, and possibly a 14th after a follow-up investigation, Chris Glover of the CBC reported.

Alek’s father, Vahe Minassian, was also there, sitting in the front row as the charges were read against his son. Vahe was stunned and cried inside the courtroom. He appeared to be the only family member present, Daily Mail reported. He told reporters that he had not spoken to his son, and he appeared heartbroken. When asked by reporters if he had any message for the families of the victims, he whispered: “I’m sorry.” 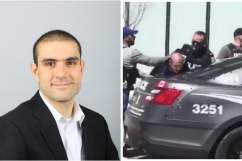 2. Property Records Show Alek Minassian Lived in a Home with His Dad and Two Others

Alek Minassian lives in Richmond Hill. Property records showed that the home, near Bayview and 16th, belongs to Vahe and Sona Minassian, The Globe and Mail reported. Vahe is Alek’s father. The Daily Mail reported that Sona is Alek’s mother. Another person who was born in 1989, named Haig Minassian, lists the home as his residence on consumer proposal records from 2012.

The Minassians bought the two-story house in 1998 for $330,000, the National Post reported. Police have had the home cordoned off since Monday. 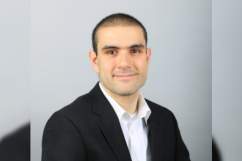 3. Neighbors Said His Dad Was Always Friendly, And They Sometimes Saw Alek Jogging in the Neighborhood

OurWindsor.ca talked to neighbors of the Minassians in Richmond Hill. A woman across the street said the family had lived in the neighborhood for six to eight years. She said it was a family of four, with two parents and two young men.

The father, she said, was very friendly, but the sons weren’t so friendly and never really looked at her. Another neighbor who lives a street away, Ryan Baker, said he would see a man who looked like the suspect jogging in the neighborhood, but he never made eye contact.

However, neighbor Wes Mack had a different experience. He told the National Post that he occasionally saw Alek jogging and would sometimes talk to him.

Neighbor Elaha Jamal had yet a different story for the National Post. She said that the parents were always supervising Alek and his younger brother and didn’t let them wander alone. “They were an older couple but they took care of these boys like they were babies,” she said. 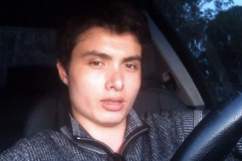 What Is the Incel Movement? 5 Fast Facts You Need to Know

4. Sona Minassian Talked About Having a Son with Asperger’s, But It’s Not Known if She Was Referring to Alek

GettyA police officer walks inside the police tape at Alek Minassian’s house in Richmond Hill, Ontario, on April 24, 2018. Neighbors said the car may have been Alek’s.

Sona Minassian was quoted in a 2009 story in the Richmond Hill Liberal, saying that she was concerned her son, who had Asperger’s, would lose access to a Helpmate program that helped prepare him for the workplace and helped him “work through his cognitive barriers.”

“My son would spend afternoons working with Helpmate. They were sensitive to his needs and now he has a job at Compugen here in town,” she said, according to The Globe and Mail.

“He was able to take the experience provided by Helpmate and apply it,” she said. “This kind of service for my son wasn’t available elsewhere. I am convinced that if we didn’t have Helpmate, my son would not have had such an opportunity.”

She never named her son in the story, so it is not known if she was talking about Alek. 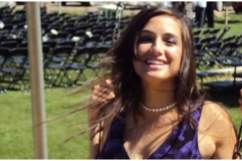 5. Elliot Rodger’s Father Said He Wishes There Was a Way To Stop This from Happening

A Facebook post was circulating that claimed to be from Minassian. The post referred to “Supreme Gentleman Elliot Rodger” and referenced “the incel rebellion.” A Facebook source told Buzzfeed reporter Jane Lytvynenko that the post is “real.” The CBC also confirmed the post, tweeting, “Facebook confirms to CBC’s Matthew Braga … that the post from Alek Minassian referencing ‘The Incel Rebellion’ and Elliot Rodger is real, and was posted publicly on his profile before Facebook shut it down.”

Prior to his rampage in 2014, Rodger posted a video on YouTube titled, “Elliot Rodger’s Retribution.”

Elliot’s father, Peter Rodger, is a British filmmaker who helped produce The Hunger Games. He told Newsweek that he wished there was a way to stop this from happening again.

“Part of the reason I kept so quiet is that it continued to be so devastating to our family and to Elliot’s victims,” he told Newsweek. “This kind of copycat behavior is very sad. I don’t know what to do to try to stop this from happening again. It would be nice to find a way to stop this kind of behavior from continuing.” 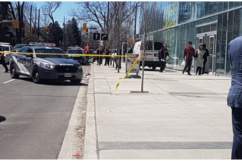 Loading more stories
wpDiscuz
0
0
Would love your thoughts, please comment.x
()
x
| Reply
Alek Minassian's father, Vahe, appeared in court while his son was read the charges against him. Here is what we know about Alek's parents and family.