Cameron James Pettit is a 28-year-old Hollywood Hills man who has been charged in connection with the death of the rapper Mac Miller, according to a criminal complaint filed in Los Angeles federal court.

Per the complaint, written by DEA Special Agent Tommy Fung and filed by prosecutors in the Central District of California U.S. Attorney’s Office on September 4, Pettit is accused of giving Miller oxycodone pills that were counterfeit and contained traces of fentanyl. Miller’s autopsy revealed he died due to a combination of fentanyl, cocaine, and alcohol. Pettit was charged with distribution of a controlled substance, a drug trafficking charge that carries up to 20 years in federal prison.

The complaint, which was filed nearly a year Miller’s September 7, 2018, death, also reveals excerpts of Pettit’s Instagram messages with friends following Miller’s death. One direct message reads, “I think I should probably not post anything …just to be smart.” Another message reads, “I am not great … Most likely I will die in jail.” Federal investigators obtained the messages through a warrant.

In another section of the court documents, there are transcripts of a conversation investigators say Pettit had with a friend over Instagram direct message on September 11, 2018, four days after Miller’s death. “Nothing has happened yet…but it might,” he wrote at one point.

Later in that same conversation, Pettit wrote, “I’m gonna get off the grid…move to another country”

Pettit seems to have since deleted his original Instagram and created a new handle. His alleged associate, also named in court documents, Mia Johansson, still has a public Instagram with photos of Pettit.

“Fentanyl disguised as a genuine pharmaceutical is a killer – which is being proven every day in America,” U.S. Attorney for the Central District of California Nick Hanna said in a statement. “Drugs laced with cheap and potent fentanyl are increasingly common, and we owe it to the victims and their families to aggressively target the drug dealers that cause these overdose deaths.”

DEA Los Angeles Special Agent in Charge Daniel Comeaux said in a statement, “While the death of any victim of the opioid epidemic is tragic, today’s arrest is another success for the DEA’s HIDTA Fusion Task Force. “Let our message be clear, if you peddle illegal drugs and kill someone, the DEA will be the voice of the victim. We will not rest until you face the justice system.”

Pettit is originally from Granite Bay, California. He could not be reached for comment by Heavy.

Pettit appeared in Los Angeles federal court September 4 for before a magistrate judge, and was ordered detained, meaning that he will be held without bond pending his trial. He also waved his right to a preliminary hearing, and was represented at the hearing by Deputy Federal Public Defender Charles Snyder.

1. Prosecutors Say Pettit Delivered Pills to Miller 2 Days Prior to His Death

In the court documents, which you can read here in full , Drug Enforcement Administration Special Agent Tommy Fung alleges that Pettit indirectly delivered pills to Miller two days prior to his death on September 5, 2018 (the court papers accidentally note the year as 2019), through an associate. Specifically, his associate Johansson allegedly sent the pills via delivery by a woman named Karla Amador, a sex worker who also goes by the name Carolina Cortez.

Fung also wrote in the complaint that Miller sent $340 to Johansson on Venmo on September 3, with the caption “for Cam” to go with the transfer. 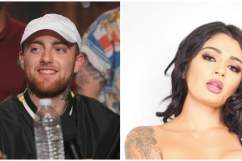 2. Pettit Has 2 Prior Arrests in 2010, Both in Placer County, California, Where He Grew Up, on Drug-Related Charges

Pettit has two prior arrests in Placer County, California, where he grew up, all from 2010.

He was charged with false identification to a peace officer, possession of a switch-blade knife and felony possession of a designated controlled substance in January 2010. He pleaded guilty to a misdemeanor drug charge and was sentenced to 30 days in jail, which he had already served, and three years of probation.

In April 2010, Pettit was charged with petty theft and brandishing a replica gun in a threatening manner. He pleaded no contest to both charges and was sentenced to 30 days in jail and three years of probation in that case as well. He was also given credit for time served in that case. 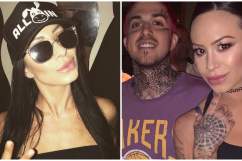 3. Pettit Is an Executive Chef Who Goes by ‘Cameron James’ Professionally

Through this account, Pettit displayed his more philanthropic side, donating to a fundraiser for a Texas Civil Rights Project and “checking in” at Standing Rock Indian Reservation in 2016, presumably to join the protests against the North Dakota pipeline which took place during that period.

Though Pettit has deleted his older Instagram account, he appears to have created a new account under “Lil.Cambam.” This was revealed by a photo Johansson posted of the two of them earlier this summer, which tagged his new account. On July 19, Johansson wrote, “Good times like old times with the fam @lil.cambam”

Pettit’s current Instagram account was created in 2015, if his first post on the feed is any indication. His hair, which was originally dark, was dyed blonde in 2017; he wrote of the change, “New hair feat. @christiechristiee”

Most recently, he appears to have dyed his hair in a swirl of neon orange and yellow.

Most of Pettit’s photos on Instagram are solo shots. Many of them show his myriad tattoos. In one such photo, he wrote, “I am constantly creating new versions of myself, shedding them, and continuing to create”

4. The Criminal Complaint Against Pettit Reveal Extensive Conversations Between Pettit & the Late Rapper

The criminal complaint against Pettit, which was revealed on Wednesday, September 4, reveals a number of text messages between Pettit and Miller. One such exchange reads:

MILLER: did you hear back bout addy?

PETTIT: Nah I couldn’t find any

MILLER: All good. You don’t have lean do u?

PETTIT: I got some dilaudid 2s but that’s about it

PETTIT: I could get yellows and blues tho

MILLER: blues as far as percs?

MILLER: those are my shitttts man

MILLER: when can u get em?

PETTIT: Probably in an hour or 2

MILLER: any chance I could get 10 of those bars and a ball?

PETTIT: I will get back when I’m about to pick them up

The messages continue for a while after that. You can read the full conversation on page 10 of the court papers.

5. Prosecutors Say That Miller Bought ‘Time’ With a Prostitute Via Pettit’s Associate, Johansson

On page 15 of the court papers, Fung alleges that a prostitute named Karla Amador, also known as “Carla,” was the one to actually deliver the drugs to Miller on September 5. What’s more, the papers alleged that Miller paid for “time” with Amador, specifically five hours, to the tune of $3,000.

At a later point in the criminal complaint, Fung notes that Amador also goes by Carolina Cortez, and is apparently an adult film actress. Her Twitter account is public, though you should be warned that it’s NSFW. Her Instagram handle, per the complaint, is Karla_AmadorX.