Getty The Vikings must-avoid draft mistake falls on the defense this offseason.

The Vikings are undergoing a rehaul at several key positions by spending valuable draft picks at wide receiver and cornerback.

When it came to naming the team’s biggest X-factor, Bleacher Report’s Brent Sobleski didn’t select either first-round picks in wide receiver Justin Jefferson or cornerback Jeff Gladney, but the Vikings fourth pick in the 2020 NFL Draft — third-rounder Cameron Dantzler out of Mississippi State.

Dantzler is one of three cornerbacks drafted and four rookies in total competing for a spot on the Vikings roster that replaces all three starting corners from 2019. He has impressed in training camp so far — breaking up a deep ball intended for Adam Thielen and picking off Kirk Cousins — which wasn’t entirely a surprise by the Vikings staff.

Dantzler: ‘A Steal At Corner’ 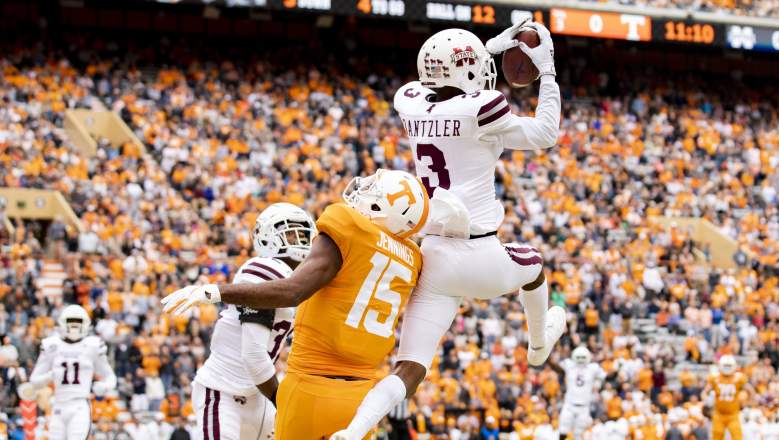 GettyCameron Dantzler is a “steal at corner,” according to his college coach.

Former NFL cornerback Terrell Buckley, who won a Super Bowl with the Patriots and had 50 career interceptions, coached Dantzler in his days as a Bulldog and believes Dantzler was undervalued in the draft.

“I think the Vikings got a steal at corner,” Buckley told the Pioneer Press’ Chris Tomasson. “He should be a Day 1 starter. I think he’ll do awesome for them.”

“He should have been a first-round pick,” Buckley added. “I felt he was one of the best cornerbacks in the draft. Look at the competition he faced in the SEC with all the star wide receivers. Who do you think I put on them?”

But most impressive of all is his allowed passer rating in the final two years of his college career (43.6).

Cameron Dantzler's passer rating when targeted his last 2 years of college was 43.6

For comparison, if you did nothing but spike the ball into the ground on every single play your passer rating would be 39.6#Vikings #SKOL pic.twitter.com/StgAv1W3hJ

Dantzler ran a sluggish 4.64 40-yard dash time — believed to be due to him trying to pack on weight — at the NFL Combine which hurt his draft value. Zimmer told local media that Dantzler’s speed was his only concern, which Dantzler dispelled by running a 4.38 40-time at his unofficial pro day.

“He didn’t run great at the combine but he had a pro day that he ran pretty well. We liked him a lot on tape,” Zimmer said. “Adam Thielen came up to me (Monday) and said (Dantzler) is going to be really good’. He’s got long arms, he’s got good length and he uses his hands well. So far, he’s done a nice job covering.”

Dantzler’s performance in training camp has catapulted himself into the starting trio with third-year corner Holton Hill and Dantzler on the outside and Mike Hughes in the slot.

Gladney Outside the Starting Three 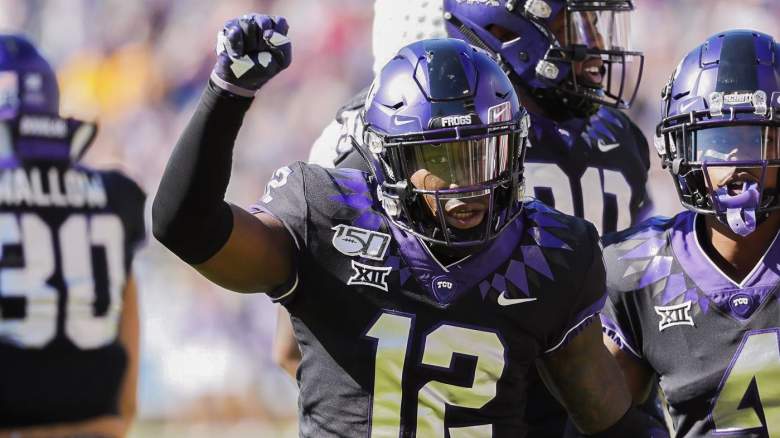 Dantzler’s emergence is by no means a fault of Gladney. The corner out of TCU was limited early in training camp. Gladney played through a torn meniscus his senior year and had surgery this offseason as the Vikings have been easing him into first-team reps.

His 5-foot-10 frame is more suited to play slot corner, a role that some speculated he would take over and Hughes would move to the outside. Dantzler becoming a “pleasant surprise” in training camp, per Zimmer, gives the Vikings more personnel options than initially expected moving into the season.

Gladney has been considered a dark horse candidate for Defensive Rookie of the Year.

An early-round Vikings draft pick was selected as the team's X-factor this season.