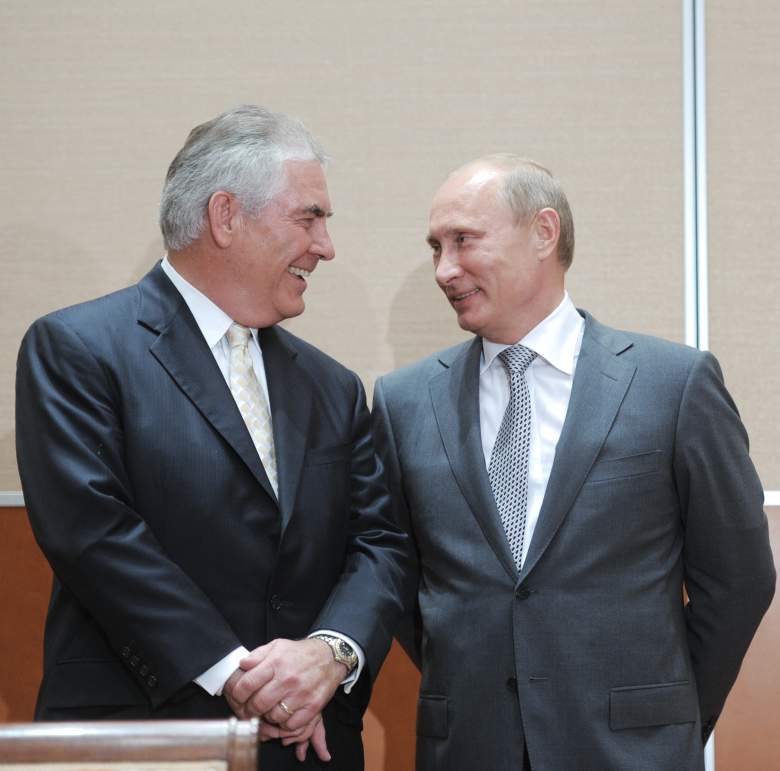 Rex Tillerson, the chairman and CEO of ExxonMobil Corporation, is Donald Trump‘s nominee for Secretary of State, despite zero experience in government or as a diplomat. While Tillerson hasn’t represented his country abroad, he has represented his company, building close ties to Russia and building a friendship with Vladimir Putin that led to him receiving a civilian honor from the Kremlin.

Considering that the Washington Post reported on December 9 that the CIA believes that Russia attempted to influence the U.S. election to help Trump become president, Tillerson’s ties to Russia will come under even greater scrutiny. Tillerson does have to be confirmed by the Senate in order to become Secretary of State.

Despite concerns from Senators, Trump announced on Twitter that Tillerson is his nominee to be the U.S.’ top diplomat. He called Tillerson “one of the truly great business leaders of the world.”

I have chosen one of the truly great business leaders of the world, Rex Tillerson, Chairman and CEO of ExxonMobil, to be Secretary of State.

Here’s a look at Tillerson’s and ExxonMobil’s relationship with Russia and Putin.

1. Tillerson’s Success in Russia During the Late 1990s Helped Him Climb the ExxonMobil Corporate Ladder 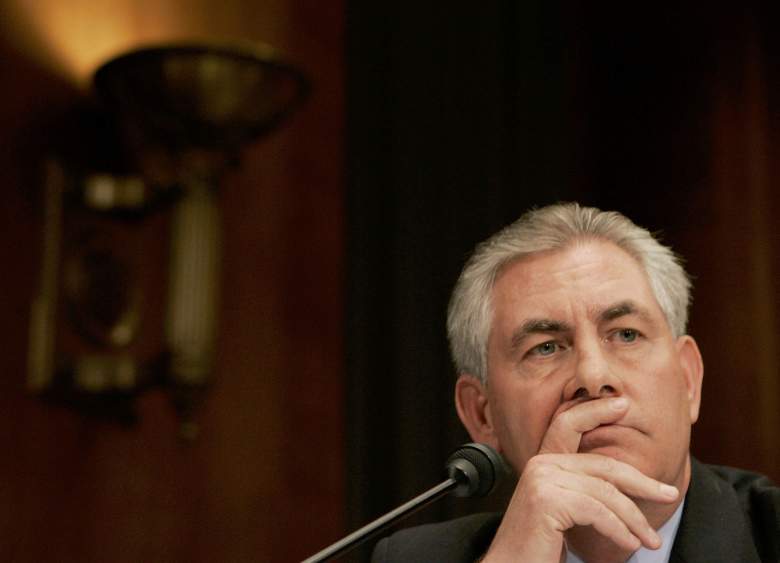 Rex Tillerson in 2006, the year he became ExxonMobil’s CEO. (Getty)

Tillerson has been at ExxonMobil since 1975, when he joined as a production engineer, according to his corporate biography. In 1989, he earned a promotion to the central production division, overseeing operations in Texas, Oklahoma, Arkansas and Kansas. By 1995, the company was ready to put him on the international stage and was named president of Exxon Yemen Inc. and Esso Exploration and Production Khorat Inc.

In January 1998, he became president of Exxon Neftegas Limited, the subsidiary in Russia that makes up the Sakhalin-1 Consortium. It handles oil and gas production on Sakhalin Island, a remote island off Russia’s Pacific coast and just north of Japan. Exxon owns a 30 percent stake in the operation.

Despite government checks on the Sakhalin Island operations, Russian Deputy Prime Minister Arkady Dvorkovich told reporters last year that there were no threats to Exxon’s operations, Reuters reported at the time. “I’m sure, the operational activity in Sakhalin-1 project was carried out in strict line with all the requirements of ecological oversight, with requirements on resource usage, on the production’s effectiveness,” Dvorkovich told reporters at the time.

Steve Coll, who wrote the 2012 book Private Empire: ExxonMobil and American Power, wrote in the New Yorker that Tillerson’s rise within Exxon was a result of the success of Sakhalin-1 and other Russian operations.

2. Tillerson First Met Putin in 1999 & Received the Order of Friendship in 2012, 1 of Russia’s Highest Civilian Honors 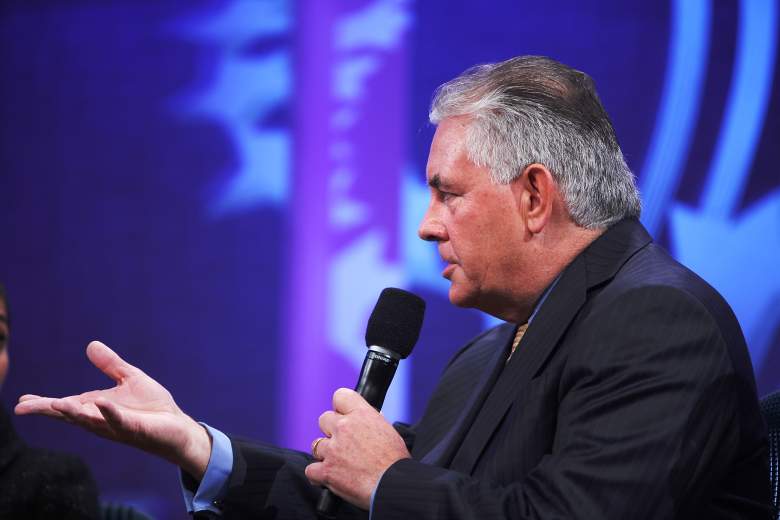 Tillerson first met Putin in person in 1999 on Sakhalin Island, reports Bloomberg. In 2012, he received the Order of Friendship, an honor that goes to foreign nationals who help strengthen international relationships with Russia. Other Americans have received the honor, including basketball coach David Blatt and former Delta Private Equity Partners CEO Patricia Cloherty.

The Wall Street Journal reports that Tillerson is likely closer to Putin than any other American citizen.

“He has had more interactive time with Vladimir Putin than probably any other American with the exception of Henry Kissinger,” John Hamre, a former deputy defense secretary during the Clinton administration and president of the Center for Strategic and International Studies, told the Journal.

3. Putin Personally Attended the 2011 Signing of a Deal Between Exxon & Rosneft to Explore the Arctic & Siberia 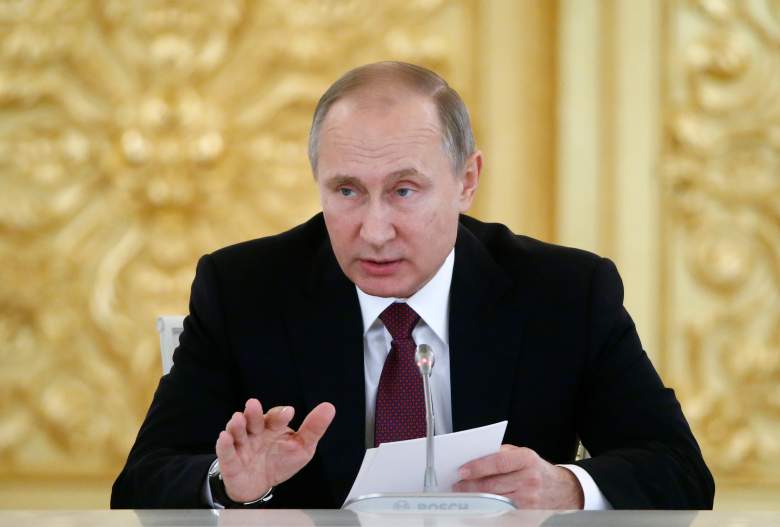 In 2011, ExxonMobil signed a major deal with Rosneft, the Russian oil giant owned by the Russian government. It was seen as the largest international deal Tillerson secured during his tenure as CEO. Russia felt that it would help boost Rosneft on the international scene because it would finally have access to the technology needed to explore Arctic and Siberian reserves. CNNMoney reported at the time that Putin personally attended the ceremony when the deal was signed.

“This large-scale partnership represents a significant strategic step by both companies,” Tillerson said in a statement at the time. “This agreement takes our relationship to a new level and will create substantial value for both companies.”

“We have a clear vision for Rosneft’s strategic direction,” Rosneft President Eduard Khudainatov added in a statement. “This venture comes as a result of many years of cooperation with ExxonMobil and brings Rosneft into large scale world-class projects, turning the company into a global energy leader.”

The deal also gave Rosneft access to Exxon holdings in the U.S., CNNMoney notes. This access will help give Rosneft “a focus on building offshore and tight oil expertise.”

Included in the partnership was an ambitious oil well that went a mile below the Siberian coast. According to Bloomberg, by September 2014, the well finally reached oil and it could have pumped a billion barrels. However, thanks to sanctions imposed on Russia by the U.S. in reaction to Russia’s annexation of the Crimea, Exxon closed the well.

In a 2014 filing with the Securities and Exchange Commission, the company said that the sanctions caused a loss estimated at $1 billion.

“In 2014, the European Union and United States imposed sanctions relating to the Russian energy sector,” the filing reads. “In compliance with the sanctions and all general and specific licenses, prohibited activities involving offshore Russia in the Black Sea, Arctic regions, and onshore western Siberia have been wound down. The Corporation’s maximum exposure to loss from these joint ventures as of December 31, 2014, is $1.0 billion.”

4. Tillerson Was in Russia in June for a St. Petersburg Forum Putin Attended, too

Although sanctions had slowed Exxon’s work in Russia, the company continues to work there. After two years of missing the St. Petersburg International Economic Forum, where international companies try to earn the favor of Russian investors, Tillerson did attend the 2016 event in June. Tillerson was listed as a participant on the event’s official website.

Reuters reports that the forum was also attended by Putin. Igor Sechin, the head of Rosneft and a target of sanctions, was the keynote speaker.

Tillerson had attended the forum several times in the past. During the 2008 edition of the event, he told an audience that Russia “must improve the functioning of its judicial system and its judiciary. There is no respect for the rule of law in Russia today,” The New York Times reports.

Tillerson has been critical of sanctions, even suggesting that they are ineffective. “There has been no impact on any of our business activities in Russia to this point, nor has there been any discernible impact on the relationship” with Rosneft, Tillerson told reporters in June 2014, The New York Times reported at the time.

5. Tillerson’s Relationship With Putin Has Raised Concerns From Republican Senators

Tillerson’s relationship with Putin and Russia has raised some concerns among Senators on both sides of the aisles. In an interview with CBS News, Arizona Senator John McCain said he was concerned about Tillerson’s “close personal relationship,” but added that, “We will give him his chance” if Trump does nominate Tillerson.

“It’s a matter of concern to me that he has such a close personal relationship with Vladimir Putin,” McCain told CBS. “And obviously they’ve done enormous deals together and that would color his approach to Vladimir Putin and the Russian threat.”

“Being a “friend of Vladimir” is not an attribute I am hoping for from a #SecretaryOfState,” Florida Senator Marco Rubio tweeted.

Pennsylvania Senator Bob Casey, a Democrat, was very opposed to the idea of Tillerson as Secretary of State on his Twitter account. 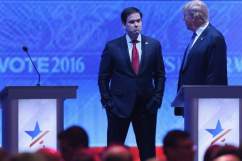 Loading more stories
wpDiscuz
5
0
Would love your thoughts, please comment.x
()
x
| Reply
Rex Tillerson, the CEO of ExxonMobil who might be Donald Trump's Secretary of State, has such deep ties to Russia that Vladimir Putin gave him an award.