Shawn Steel is the former chairman of the California Republican Party and the Republican National Committeeman of California. On July 3, the 71-year-old got a shout-out from President Donald Trump for praising the president on Fox News.

“Thank you to Shawn Steel for the nice words on @FoxNews,” Trump tweeted.

Thank you to Shawn Steel for the nice words on @FoxNews.

“Thank you Mr President. All Americans celebrate the 4th with you & your family,” Steel replied, adding, “#NotTiredofWinning.”

Here’s what you need to know about Steel.

According to Steel’s website, he’s been a political activist since he was a teenager, dating back to his days as High School State Chairman for Ronald Reagan during his first California gubernatorial campaign. In 1995, he became the GOP state treasurer and was elected Vice Chairman in 1999. In 2001, he was elected to a four-year term as California GOP Chairman.

During his tenure, his biggest success was organizing the successful 2003 recall of Democratic Governor Gray Davis. Arnold Schwarzenegger won the election and served as governor until 2011.

The recall election happened just 11 months after Davis won his second term. Voters were frustrated with how DAvis handled the California electricity crisis and the state’s budget crisis.

In a 2003 letter to state party leaders, Steel said Davis’ recall had been a “natural unifier for our party,” The Los Angeles Times reported at the time. 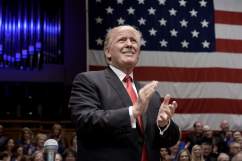 2. Steel Endorsed Michael Steele to Lead the RNC, But Then Backed Reince Priebus in 2010

Steel was one of the first members of the RNC to support former Maryland Lt. Governor Michael Steele’s candidacy as the Chairman of the Republican National Committee. However, by 2010, when Steele was running for re-election, Steel backed eventual wionner Reince Priebus, notes the Orange County Register.

The RNC later picked Steel to serve as Sergeant-At-Arms for the 2016 Republican National Convention in Cleveland.

In a 2014 Orange County Register op-ed, Steel insisted that the California GOP can succeed in deep-blue California.

Aside from his work in politics, Steel is also a personal injury lawyer. According to his firm’s website, it also has offices in Seal Beach, Los Angeles and San Francisco.

Steel has been practicing aw since 1978 and focused on defending alternative medicine doctors. He has written over 40 articles published in law journals.

His most recent article, “Side Effects From Big Pharma: Wellbutrin – Dangerous for You and Your Baby,” was published in May 2013’s issue of Dynamic Chiropractic 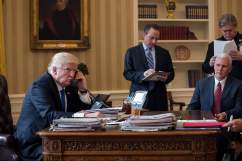 During the early part of the 2016 presidential campaign, Steel was a Trump critic. In July 2015, he wrote an op-ed for the conservative Washington Times called “Donald Trump jumps the shark.” In the piece, he noted that Trump has “flip-flopped” on social issues.

However, when it became clear that Trump would win the Republican nomination, Steel changed his tune. In August 2016, he wrote a Brietbart essay about the positive impact Ivanka Trump can have on her father. After the election, he wrote a pro-Steve Bannon essay on Brietbart (which Bannon used to edit).

“I have known Steve Bannon for nearly two decades. During that time, we have enjoyed frank dinnertime conversations about public policy and political philosophy. He’s never uttered a single word that would suggest any racist or anti-Semitic views,” Steel wrote. 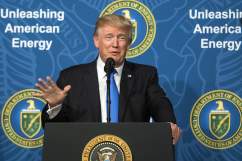 5. He Called for Orange County to Fire a Professor Who Called Trump a ‘White Supremacist’

In December 2016, Steel wrote in the Orange County Register that the school system needed to fire Orange Coast College psychology professor Olga Perez Stable Cox because she referred to Trump as a “white supremacist” in a video that went viral. “We have been assaulted; it’s an act of terrorism,” Cox said of Trump’s election in the video.

“Such behavior is inexcusable. Professors have a responsibility to present controversial topics on their subject matters and inspire critical thinking within a classroom,” Steel wrote. “That can’t happen when a professor spews hateful rhetoric and bullies students into disclosing their political affiliations. By isolating a group of students as threats, Cox jeopardized the safety of the Trump supporters. Let’s not forget that professors are in positions of power — with the ability to determine a student’s grade and, in turn, academic future.”

Cox was not fired. In fact, in March, The Los Angeles Times reported that Cox received the OCC Faculty of the Year award. That was also a controversial decision, as some called for the award to be rescinded. 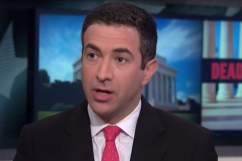