Instagram Pedro's sister Nicole Jimeno Morel features prominently on "The Family Chantel." Here's what we know about his sister Nicole and her feud with Chantel.

Pedro Jimeno’s sister, Nicole Jimeno Morel, has been at the center of some significant controversies on both the hit reality drama 90 Day Fiance and TLC’s spinoff The Family Chantel. Nicole has been involved in many altercations with her sister-in-law Chantel Everett; she was the one who showed Chantel the scandalous video of Pedro dancing provocatively with another woman in the Dominican Republic and has been in several heated feuds with her sister-in-law over the years.

Pedro’s sister has made it very clear that she doesn’t like his wife and has often encouraged the two to split up. Here’s what we know about Pedro’s sister Nicole:

1. She Was Crowned Miss Earth Dominican Republic in 2016

Her profile used to be set to private, but the reality star recently opened it up to the public. She has nearly 20 thousand followers on Instagram, and calls herself “the evil sister” in her bio. She often posts pictures of herself modeling, jet skiing and lounging on the beach in the Dominican Republic. 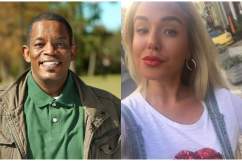 Caesar & Maria 90 Day Fiancé Update: Are They Still Together?

2. She Has Been in Several Heated Arguments With Chantel

Nicole, along with Pedro’s mother Lidia, has never been shy about confronting Chantel or the rest of Chantel’s family when it comes to Pedro. During a visit to the Dominican Republic, Chantel told Lidia and Nicole that she was upset that Pedro was sending them so much money while she and Pedro lived in a tiny apartment. This didn’t sit well with Nicole, who asked Chantel if she wanted her mother-in-law to live under a bride.

The ladies went back and forth bickering about money, and at one point Nicole told Chantel to “divorce Pedro, period,” but Chantel misheard Nicole, thought she called her a b–ch, and unleashed a slew of choice words and insults on her sister-in-law. You can watch the clip above. (Nicole actually said “en punto,” which means “period,” but Chantel thought she said “puta,” which means “b–ch.)

Chantel’s family once suggested that Nicole wasn’t actually related to Pedro at all after he threatened to go stay in a hotel with his sister when she was visiting the states. Nicole was unhappy about sleeping on the expensive couch Chantel and Pedro had purchased for her visit, so she got a hotel room and Pedro wanted to stay with her at the hotel.

AllAbouttheTea.com reports that following that specific episode, fans of the show began theorizing on social media that Nicole might be Pedro’s secret lover rather than his sister. According to Soap Dirt, Nicole laughed the rumors off and quickly shut them down, vehemently denying that she was her brother’s secret wife. 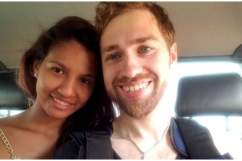 4. She Encouraged Pedro to Dance With Her Friend Coraima & Then Showed Chantel the Video

When Chantel and Pedro hit a rough patch during an earlier episode of the show, Pedro booked a one-way flight back to the Dominican Republic without Chantel. He stayed with his family and apparently Nicole announced that he was “single” for the night, and took him out partying with a few of her female friends.

While the group was out drinking at a club, Coraima, a close friend of Nicole’s, started dancing with Pedro and gave him a lap dance. Nicole eventually showed the video to Chantel after the two got into an argument and then boasted that she was proud of her actions and even declared that her sister-in-law deserved the heartbreak.

Nicole recently posted a picture of herself and Coraima on Instagram, taking another jab at Chantel by calling Coraima her “sister.”

5. She Was Recently Seen Out With a Mystery Man & Hopes to Eventually Relocate to the U.S.

InstagramPedro’s sister Nicole Jimeno Morel features prominently on “The Family Chantel.” Here’s what we know about his sister Nicole and her feud with Chantel.

The Dominican pageant queen was recently spotted out having some drinks and partying with a mystery man, Soap Dirt reports. The reality star posted a series of pictures and videos on her Instagram page as she partied the night away with a man in Punta Cana, and even shared a passionate kiss with him during one of the videos.

Fans of The Family Chantel already know that Pedro was trying to figure out a way to sponsor his mother and sister to come live in the U.S., but he ran into some issues along the way. However, Soap Dirt reports that Nicole might be working on a way to come to America without Pedro’s help, although the publication didn’t elaborate on how she was planning to get her visa, so fans will just have to wait and see how everything plays out by tuning in on Mondays at 10/9c on TLC to catch the newest episode of The Family Chantel.

READ NEXT: Winter’s Boyfriend Jah on The Family Chantel