Angela Deem, star of the hit reality series 90 Day Fiancé, is the primary breadwinner when it comes to her relationship with Michael Ilesanmi. Angela works as a nursing assistant for hospice care in Georgia, and she’s made it very clear that when Michael finally moves to the U.S., he will be staying home to cook, clean and take care of her six grandchildren while she continues to work.

The reality typically pays for everything on the show, including buying Michael his suits for the wedding, funding her frequent flights to Nigeria, covering the costs of his visa and paying for their shared apartment in Lagos. However, money has been a source of contention between the two during past seasons of the show, with Angela once accusing Michael of draining her bank account.

So how much money does the reality star actually make if she’s the one paying for everything? While Angela’s official net worth is unavailable to the public at this time, we do have some insight on the amount of money that the 90 Day stars typically take home. Keep reading for details on Angela’s income and how she makes money outside of reality television:

#ad Halfway through @boombod’s shot program and I am loving it! I was surprised how simple the shots are, only 3 per day and they have done a great job helping me cut down my cravings. Excited to see my final results and if anyone else needs a little extra motivation pick up a box of this while it’s by one get one free on @boombod’s website 🤗

As mentioned above, Angela is a nursing assistant for hospice care patients in Georgia. On top of her job in healthcare, the reality star also helps care for her six grandchildren while her daughter finishes out a prison sentence, and she occasionally promotes sponsored products on her Instagram page, which includes ads for detox drinks, plastic surgery clinics and various other products. She also has an account with Cameo.

“Halfway through @boombod’s shot program and I am loving it!” Angela wrote on Instagram in June. “I was surprised how simple the shots are, only 3 per day and they have done a great job helping me cut down my cravings. Excited to see my final results and if anyone else needs a little extra motivation pick up a box of this while it’s by one get one free on @boombod’s website.”

Angela once accused Michael of draining her bank account and stealing all of her money during an earlier season of the show. While on vacation in Lagos, she was struggling to use the ATMs in Nigeria, so she gave Michael her debit card and asked him to withdraw some cash for her. When Angela returned home, she found her bank account empty and accused Michael of robbing her.

However, it was revealed during the Before the 90 Days Season 2 reunion episode that it was actually a banking error, and Michael had never stolen any of her money. The Georgia native admitted that she was refunded all of the money that had disappeared, and although she and Michael still had issues to work through, she “loved him and missed him,” and she couldn’t wait to be his wife. 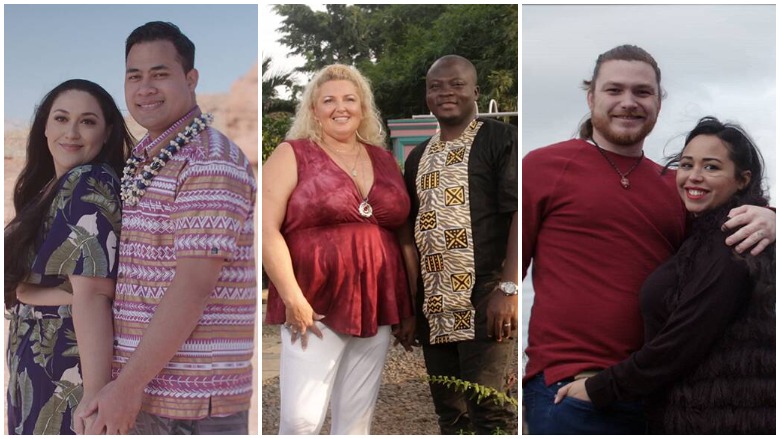 The cast of 90 Day Fiancé make approximately $1,000 per episode of the show, with an added bonus of $2,500 to appear on the “Couples Tell All” special at the end of the season, according to Cheat Sheet. The 90 Day stars reportedly make as little as $15,000 per season, which is quite low compared to other popular reality shows like Teen Mom and Real Housewives, where the stars often take home six-figure paychecks.

As for the Before the 90 Days spin-off, a source told Radar Online in 2018 that those cast members only earn “$500 to $1,000 per episode.” The insider added that the cast salaries increase slightly for those who appear on Happily Ever After, but it “doesn’t go up much more,” despite the fact that the couples were featured on previous seasons of the show and are often the most popular among viewers.

Nikki Cooper, a friend of David Toborowsky who appeared on 90 Day Fiancé Season 5, revealed that some cast members only get paid $1,000 per episode, while others don’t receive any compensation at all. However, that number likely varies between the reality stars, considering some of the cast have recurring roles in other seasons.

The amount of money the cast is paid also depends on how many episodes they’re featured in each season, and since Angela doesn’t feature on every single episode, she might not be making the same as her Happily Ever After co-stars. It’s worth noting that the numbers stated above may have increased over the years due to the rising popularity of the show and the interest viewers have with certain couples.

90 Day Fiancé: Happily Ever After airs Sunday nights at 8 p.m. ET on TLC. You can find updates on the Season 5 cast, weekly spoilers and more 90 Day Fiancé coverage here.