The NYC Marathon is known for being a massive event that brings thousands to NYC, including some of the world’s best runners. And while most will be running for charity today, some will be running for one of the biggest prizes in the sport of long-distance running.

Over $800,000 will be awarded Sunday, as the top runners make their mark at this historic event. Last year was the second consecutive year that Kenyans took both the men’s and women’s elite divisions, but there are challengers on both sides for 2016.

The dominant American in today’s race will be Tatyana McFadden. The Maryland native has won the women’s wheelchair division every year since 2013, and is coming off another strong performance at the 2016 Rio Games. McFadden took home four gold and two silver medals for USA this summer, but a silver in the marathon will likely drive her to another dominant win in NYC.

Even if you aren’t a professional, there are still ways to get paid. The best American runner will win $25,000, the fastest runners over 40 (both male and female) will receive $3,000, and the fastest runners that are members of NYRR can win up to $5,000. For a full list of how the over $800k is distributed, click here.

She said yes!! We had a proposal at the #tcsnycmarathon finish line ? pic.twitter.com/U9pE1Nc2ZK

Thousands of runners needed the entire afternoon to finish the challenging course, and enjoyed a beautiful NYC day as well.

Thousands of runners taking over the bridge heading into Manhattan! Keep on going strong ? #tcsnycmarathon pic.twitter.com/3tNEaIZmhH

Americans didn’t win the Professional races today, but we’re getting closer each year.

On the men's side, 8 of the top 14 finishers are American! #TCSNYCMarathon

It’s an upset in the Men’s race, as Ghirmay Ghebreslassie crosses first.

We all better learn to pronounce it, because Ghebreslassie is (literally) running away with it.

Mary Keitany of Kenya is your 2016 #TCSNYCMarathon women's champion! Official time to be announced pic.twitter.com/0MSe6EU4Iz

Keitany makes her move towards her third straight title.

The Women’s Professional Wheelchair winner is no surprise, as Tatyana McFadden crosses first for the fifth consecutive year. She’s now won 12 consecutive World Marathon Majors, with a total of 20 Major championships under her belt. Dominant.

Your winner in the Women's Professional Wheelchair Division is the now 5-time champion, @TatyanaMcFadden! #TCSNYCMarathon

The women leaders in #nycmarathon coming down 4th ave in #Brooklyn. So cool. pic.twitter.com/y3MxXekDRJ

The best sight. The mass of runners coming down the first of five bridges on the course.

#NYPD #aviation flies over the the Verrazano Bridge as they provide security for the 2016 #nycmarathon #Goodluck to all! pic.twitter.com/UOJdcE6m8E

Read more about the NYC Marathon 2016 in Spanish at AhoraMismo.com: 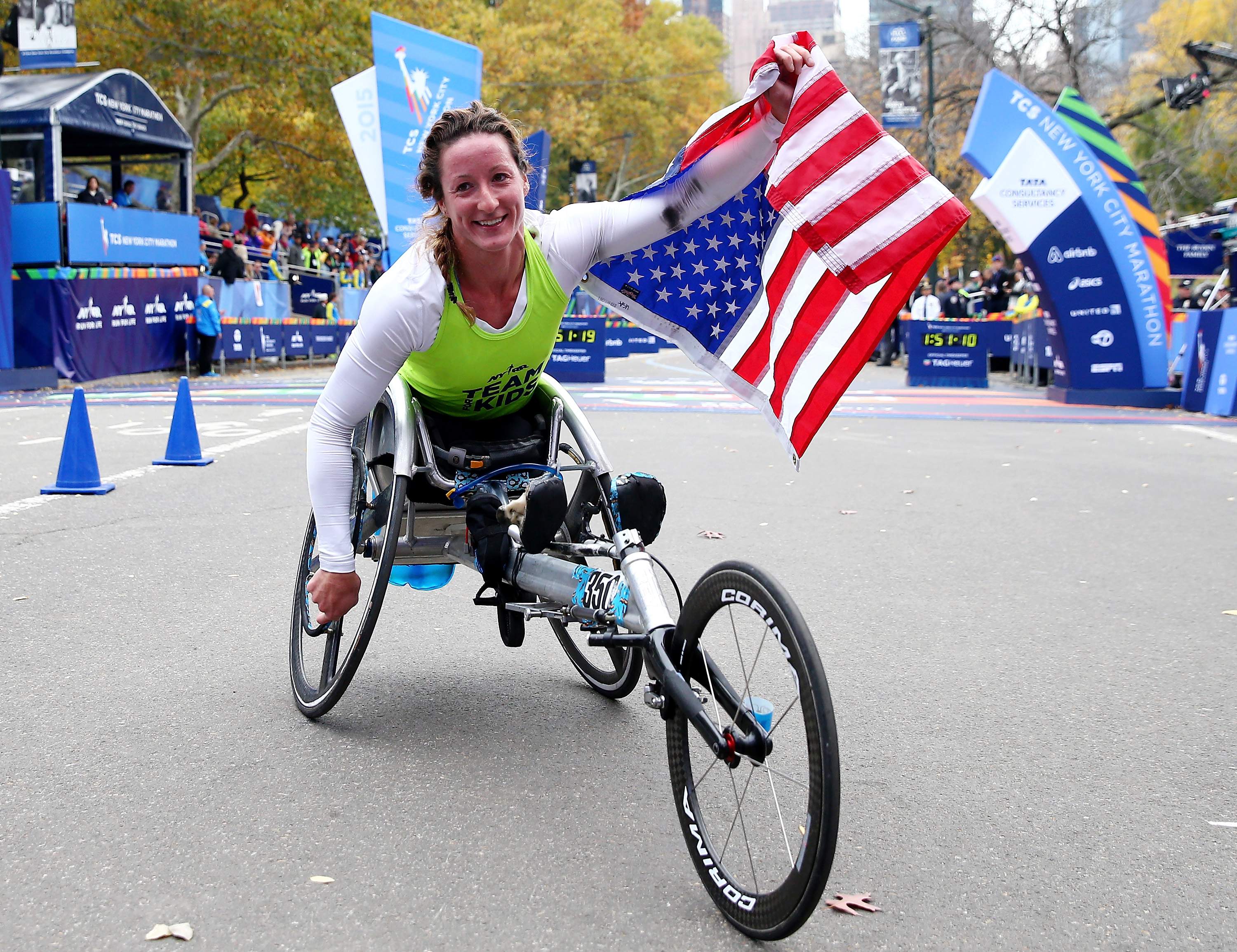