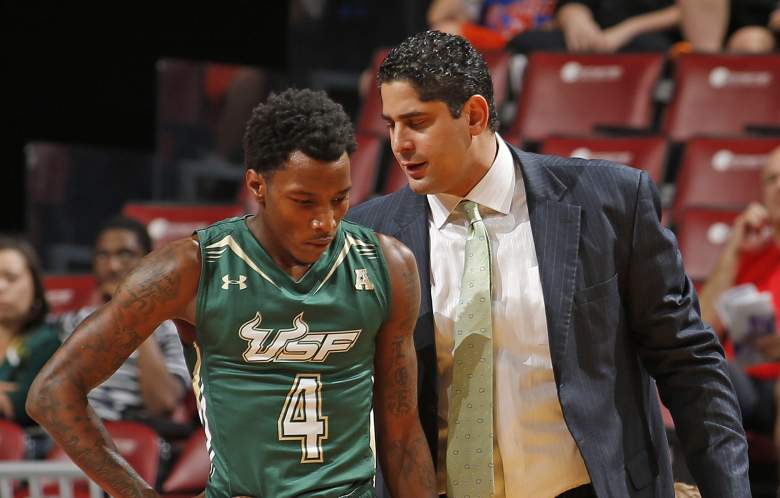 The Division I men’s college basketball ranks now have a head coaching vacancy, as it was announced Tuesday morning that USF has fired head coach Orlando Antigua. Antigua, who prior to being hired by the American Athletic Conference program, was an assistant under John Calipari at Kentucky. With Antigua being fired, assistant coach Murry Bartow will serve as the team’s interim head coach until season’s end.

Here’s what you need to know about USF’s decision to part ways with Antigua, and the program’s interim head coach.

Antigua Couldn’t Carry His Successes at Kentucky On To USF 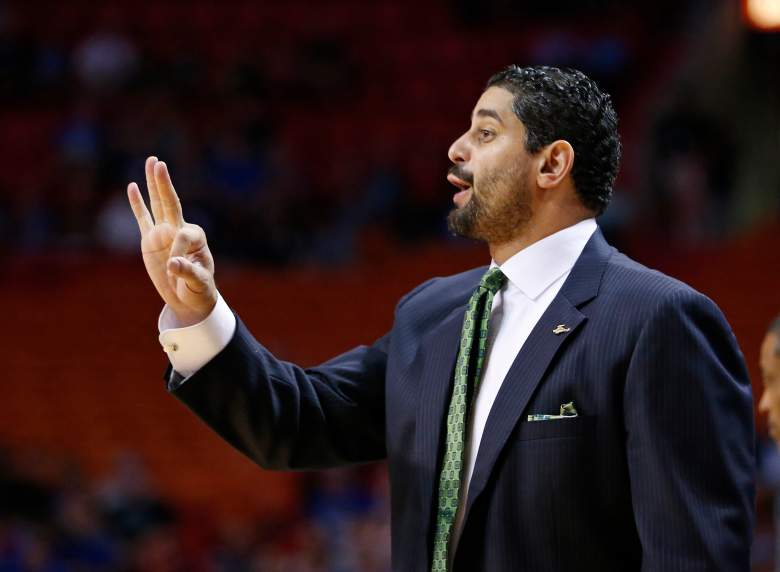 Antigua during a game against Kentucky in 2015 (Getty)

Antigua’s successes as a recruiter on Calipari’s staff at Kentucky made his a “rising star” in some circles, ultimately leading to USF hiring him to replace Stan Heath in the spring of 2014. Antigua was actually the program’s second choice to replace Heath, with Manhattan’s Steve Masiello being the guy before it was discovered that he had yet to earn his college degree.

With USF a year removed from conference realignment that saw their shift from the Big East to the American Athletic Conference, the right coach could spark a rebuilding project in a conference that was perceived to be more forgiving that the brutally difficult 16-team Big East. But Antigua was unable to get things going in Tampa, and he leaves the school with an overall record of 23-55 and a conference record of seven wins and 31 defeats. This year’s team is 6-7 overall and 0-2 in American Athletic Conference play, with three of their next four contests on the road beginning with Saturday’s game at SMU. 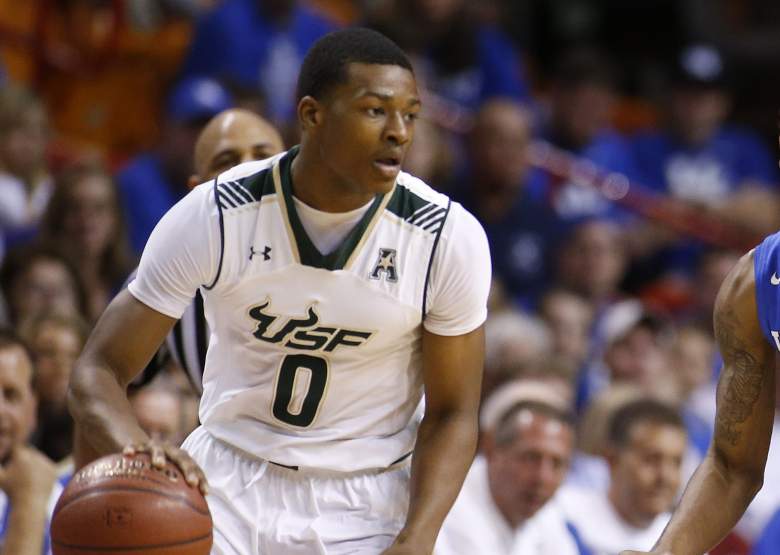 As noted above, Antigua’s abilities as a recruiter were a major reason why USF turned to him to lead the program. With his experience at Kentucky, not to mention playing at Pittsburgh and being a native of New York City, the hope was that he could get the talent needed to turn USF into a player in the American Athletic Conference. But recruiting to USF is a far different deal than doing so at Kentucky, and in the instances when USF did manage to land a promising talent keeping them proved to be an issue as well.

The current USF roster is without a senior thanks to past departures and dismissals (Roddy Peters and Chris Perry were dismissed this past summer). And in December USF’s best player, guard Jahmal McMurray, announced his intentions to transfer. The 6-foot sophomore guard from Wichita, Kansas, who was one of the the American Athletic Conference’s top newcomers last season, was suspended for the first six games of the season for an unspecified rules violation and was averaging 20.3 points per game (three appearances) at the time of his decision to transfer.

3. The Program is Currently Under NCAA Investigation 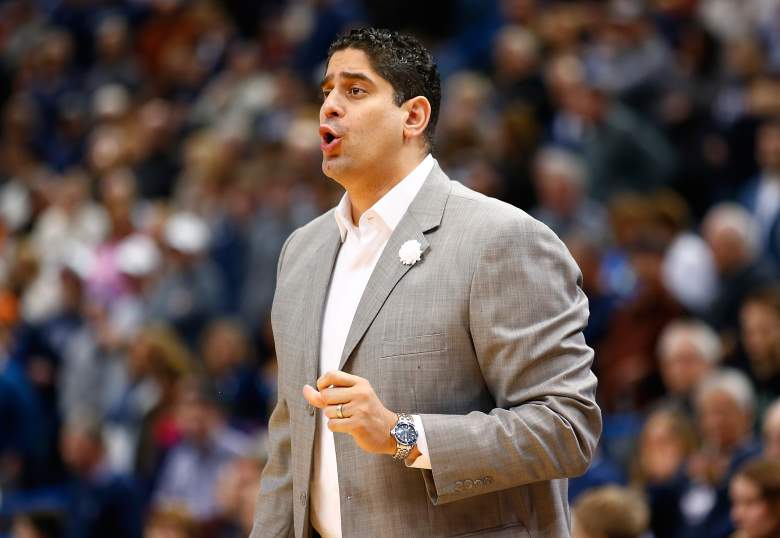 Not winning enough games is the main reason for most coaching changes, regardless of the sport. And adding to that an NCAA investigation into possible rules violations doesn’t help matters either. In July news of an investigation into possible academic fraud in the USF men’s basketball program surfaced, and one of the immediate moves in the aftermath was the resignation of assistant coach Oliver Antigua, Orlando’s younger brother.

The next step in the process is for the NCAA to send the school a Notice of Allegations, and the potential fallout is something the program’s next head coach will have to deal with. 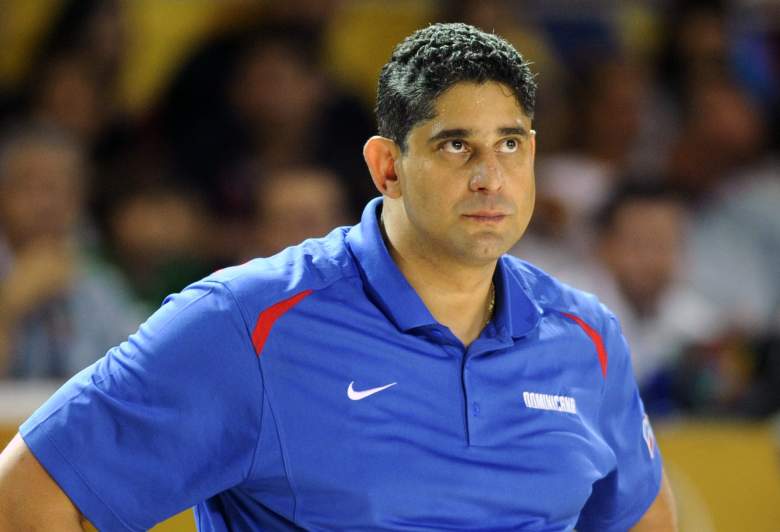 One reason for Antigua’s decision to step down was the fact that in the summer of 2015 USF was taking a summer trip to Spain, with the NCAA allowing college basketball programs to do so once every four years. That trip would have hampered Antigua’s abilities to prepare the Dominican national team for that year’s FIBA Americas Championships in Mexico.

5. Murry Bartow Has 18 Years of Division I Head Coaching Experience 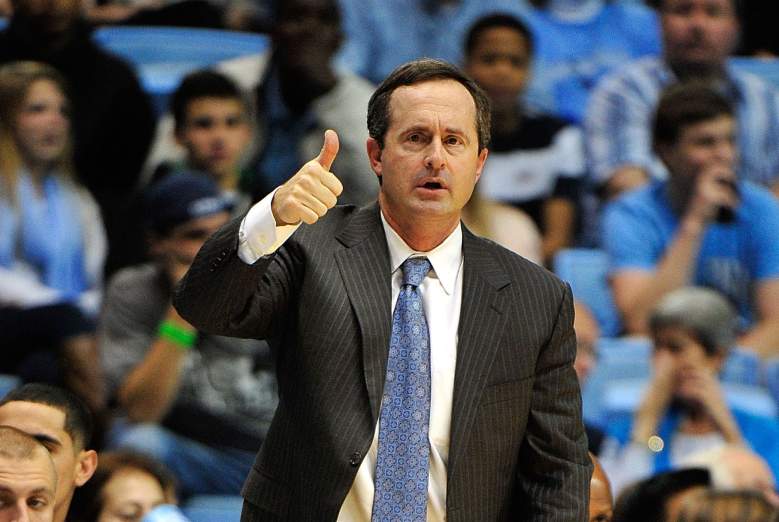 Bartow during a game against North Carolina in 2012 (Getty)

Prior to Bartow’s hiring, which came as a result of Oliver Antigua’s resignation, the USF coaching staff lacked experience. Son of the late Gene Bartow, who won 647 games as a collegiate head coach, Murry Bartow has been a Division I head coach for 18 seasons. Murry Bartow was promoted from assistant to head coach at UAB in 1996, where he replaced his father who made the decision to retire as coach and focus on his duties as the school’s athletic director.

Murry Bartow spent six seasons at UAB, posting a record of 103 wins and 83 losses before stepping down in 2002. Bartow would get his head coaching opportunity at East Tennessee State in 2003, where he was in charge for 12 seasons and led the program to three NCAA tournament appearances and a record of 224-165. For his 18-year Division I head coaching career, Bartow has an overall record of 327 wins and 248 defeats. 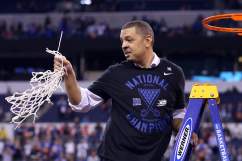