The 2020 Arnold Palmer Invitational has a total purse of $9.3 million. The winning golfer earns a $1.67 million check along with a three-year tour exemption, per Golf.com.

This year’s tournament winner receives a three-year exemption up from two years, per the Arnold Palmer Invitational. While it is not one of golf’s majors, the Arnold Palmer signifies the start of a string of significant tournaments and holds a solid status among PGA Tour golfers. Rory McIlroy entered Bay Hill as the favorite and spoke of the tournament’s significance in his own career.

“This was the start of a two-year journey to get back to this point,’’ McIlroy noted prior to the Arnold Palmer, per New York Post. “I came here two years ago off the back of a missed cut in Tampa and sort of a little lost with my game — especially a little lost with my putting. And [I] spent an afternoon with Brad Faxon at the Bear’s Club and then came up here and, obviously, something stuck with me from that afternoon and was able to win and that was my first win in 500-whatever days. So, I feel like this place is a lot of special memories to me. It was definitely the catalyst to sort of do what I’ve done over the past two years and ascend back to the top of the world rankings. So, it’s good to be back.’’

The Arnold Palmer starts arguably the best stretch of tournaments on the PGA Tour schedule. THE PLAYERS Championship begins in just a few days which many players consider an “unofficial” major.

Notable upcoming PGA Tour events include the Masters which tees off on April 9th in Augusta, the PGA Championship begins on May 14th, the U.S. Open on June 18th and The Open starts on July 16th. One notable golfer will be absent in this year’s PLAYERS Championship.

Tiger Woods has been a staple at Bay Hill given his Orlando ties, but the golfer did not play at the Arnold Palmer this week. Woods will also be absent at THE PLAYERS. The golfer announced the news on Twitter during the Arnold Palmer.

“It was not an easy decision, but I will not be attending @THEPLAYERSChamp. I have to listen to my body and properly rest when needed. My back is simply just not ready for play next week. I’m sad to miss one of the best events of the season, OUR Championship,” Woods noted on Twitter.

Woods is taking a cautious approach clearly eying full health at the Masters which is only a month away. It will be worth watching whether Woods plays in any of the March tournaments as a tune-up prior to Augusta.

Here is a look at the Arnold Parlmer purse breakdown by golfer, per TheGolfNewsNet.com. 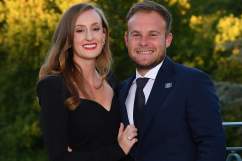