Vanderpump Rules fans are fired up about the upcoming season of the Bravo reality show—and it hasn’t even started yet! Days after it was announced that “Vanderpump Rules”  will begin filming Season 9, viewers took to social media to critique a short “sneak peek”  clip that was shown during an episode of Lisa Vanderpump’s dinner party series, “Overserved.”

In the clip, which can be seen below, cast members Tom Schwartz, Katie Maloney, Lala Kent, and Kent’s fiance Randall Emmett were shown hanging out and talking about the Schwartz’ lack of a pregnancy amid the  recent “Vanderpump Rules” baby boom, with Maloney telling her husband maybe he should get his “sperm tested.” The conversation took an even more awkward turn as Kent asked Schwartz if he sleeps without pants on, then announced that her man is a “free baller.” 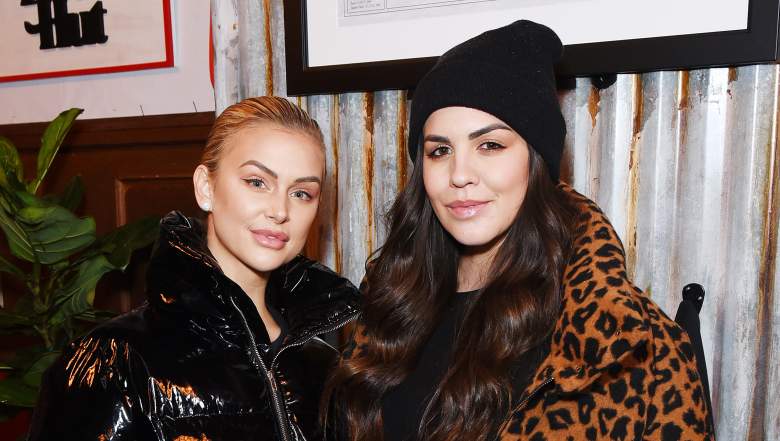 The scene that was teased was apparently filmed when Kent was 37 weeks pregnant, which means it took place in March. But in the comments section to the clip shared on Instagram, some fans pointed out that the new season of the show wasn’t even supposed to begin filming until the first week of May.

Others felt the scene with the two couples seemed like it was staged.

“Why does this seem extremely staged? More so than normal I mean,” one person asked.

“Because the only people left aren’t really that good of friends outside the show so these interactions are very much forced.,” another added. “Everyone that got booted are the real group of friends.”

“Damn this looks forced as hell,” another viewer agreed.

‘This does not bode well,” a fourth “Vanderpump Rules” viewer chimed in.

Other fans feared that the new season of the show will focus on babies and not on the drama at Lisa Vanderpump’s West Hollywood restaurants.

The new “look” of “Vanderpump Rules” comes amid a major cast shakeup. Last summer, a racism scandal resulted in the firing of four cast members,  including veteran “Vandperpump Rules” stars Stassi Schroeder and Kristen Doute. A few months later,  longtime series stars  Jax Taylor and his wife Brittany Cartwright announced their joint departure from the Bravo reality show. Both Schroeder and Cartwright have since given birth to their first babies, as has Kent and co-star Scheana Shay, spawning rumors that a kid-themed “Vanderpump Rules” spinoff could be on the horizon.

Off-camera, meanwhile, Taylor and Cartwright are besties with Kent and Emmett. Taylor even teased that he has been doing some production work with Emmett, who is a filmmaker, but that friendship dynamic will not be seen when “Vanderpump Rules” returns this fall.