Success is scarier than failure | Jemele Hill | TEDxPSUWe've been taught to fear failure, but in truth, we're more afraid of success. Here's how you learn to adapt a success-friendly mentality. Jemele Hill is a co-host for His & Hers, formerly Numbers Never Lie, with Michael Smith.Hill joined ESPN in November 2006 as a national columnist on ESPN.com. Before joining ESPN, Hill worked as a columnist for the Orlando Sentinel I and a sports writer with the Detroit Free Press. Hill began her career in 1997 as a general assignment sports writer for the Raleigh News & Observer.In 2007, Hill won the first annual McKenzie Cup, which is given in tribute to groundbreaking sports editor Van McKenzie, at the annual Poynter Media Summit. She also received an honorable mention in the 2007 edition of Best American Sports Writing. In 1998, Hill won first place in sports feature writing at the North Carolina Press Association. Hill is also a member of the National Association of Black Journalists.A native of Detroit, Hill attended Michigan State University and graduated in 1997 with a degree in journalism and a minor in Spanish. This talk was given at a TEDx event using the TED conference format but independently organized by a local community. Learn more at http://ted.com/tedx2015-05-04T15:06:38.000Z

Jemele Hill has gone from a sports writer at a local newspaper to hosting one of ESPN’s prominent television shows, His & Hers. Hill has become well-known for her unique blend of humor, analysis and the ability to openly tackle social issues.

Prior to working at ESPN, Hill had stints as a sports journalist in Raleigh, Detroit and Orlando. Growing up, both of Hill’s parents were addicted to drugs. Sports and writing became an escape from the challenging world where she found herself.

Hill’s journey from poverty to becoming a national analyst on ESPN has been full of many twist and turns.

The His & Hers EmpireHis & Hers 'Empire' Parody This Halloween, His & Hers went all out as they imitated one of their favorite hip-hop dramas, "Empire." Michael Smith plays Lucious Lyon and Jemele Hill plays Cookie Lyon.2015-10-30T21:23:55.000Z

Hill and Michael Smith host the popular show His & Hers on ESPN. In addition to discussing sports topics, the show is well known for taking on social issues as well as discussing pop culture. The above clip shows a parody they did on the show Empire. It is just one example of the fun they have on the show. Hill spoke with Awful Announcing about the purpose of the show.

We knew a long time ago that if people wanted a breakdown of the Cover 2 or some of the more intricate analysis about particular sports, they have plenty of things to choose from. But if they want to laugh, they want to be entertained, they want things that are relatable to their lives— whether they’re intense sports fans or maybe just casual sports fans— I think we’re a good option for them,” Hill told Awful Announcing.

Prior to hosting the show, Hill wrote for ESPN.com. She appeared on a number of shows including First Take, Around the Horn, The Sports Reporters and Outside the Lines.

2. She Began Her Career as a Newspaper Journalist 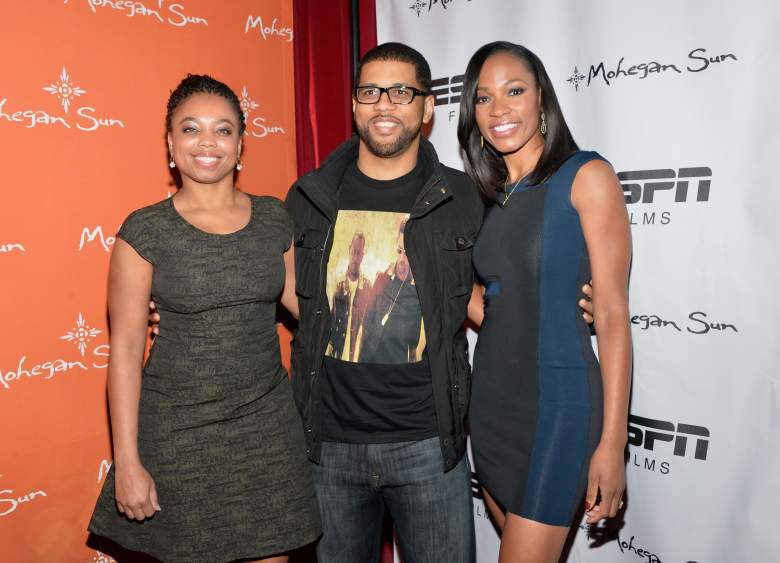 Prior to joining ESPN, Hill spent a number of years as a newspaper reporter. In 1997, she debuted as a sports writer for the Raleigh News & Observer. Hill joined the Detroit Free Press where she covered football and basketball from 1999 to 2005.

She worked as a columnist for the Orlando Sentinel from 2005-06. Hill won the McKenzie Cup in 1997 at the Poynter Media Summit. Hill has also taught graduate classes about sports media at UCF’s DeVos Sport Business Management program.

3. Hill’s Parents Were Both Addicted to Drugs

Spartan Sagas: Jemele HillJemele Hill graduated from MSU's College of Communication Arts and Sciences in 1997. After she left Michigan State, Hill started her successful journalism career. She now works for ESPN in Florida. "I feel like that not only myself but a lot of other journalism graduates (have) been able to leave a really important legacy here. It means something to us to not only come back here but to tell people wherever we are that we went to Michigan State." Spartans–alumni, students, faculty, and staff. Have your own Spartan Saga to share? Go to http://spartansagas.msu.edu/share/ and share your story with the world!2010-10-26T15:22:52.000Z

Hill grew up in Detroit, Michigan. According to The Root, she grew up in a difficult environment with parents who were wrestling with their own demons. Her father and mother were addicted to drugs. Her mother was also the victim of a sexual assault and was trying to deal with the emotional challenges it brought. She was on welfare and cleaned extra houses to help the family survive.

Hill found solace in sports and eventually in sports writing. Hill wrote for her high school newspaper and started working for the Detroit Free Press during high school. She answered the phones and wrote down high school scores. Hill wrote an article for The Root detailing how sports helped her escape the challenges her family faced.

“My parents had a lot of drug issues when I was growing up, and the one thing I loved about writing is that if you don’t like your reality, it allows you to create a new one. I was also a natural athlete. So I was sold once I figured out I could combine sports and writing, my two passions,” Hill wrote for The Root.

She went on to attend Michigan State and get a degree in journalism. Hill is a proud alum and speaks often about her love for the Spartans.

4. Hill Has Spoken Out About Social Issues

Hill admits to receiving racist and sexist comments from sports fans. During her time at the Orlando Sentinel, she was the only African-American female sports columnist of the 305 newspapers surveyed. She spoke with Columbia Journalism Review about the challenges of her profession.

I’m not sure what to think of it, really. On one hand, it gives me a pretty special distinction. I’m proud of what I am and what I’ve become. I don’t mind being considered a ‘black columnist,’ because I bring those experiences to my column. On the other hand, it’s sad. What does it say about our business that I’m the only one? I also won’t deny there is some pressure on me because I am the only one,” Hill told the Columbia Journalism Review.

5. She Was Chosen by ABC to Moderate a Discussion on Race With President Obama

Went to a holiday party with a couple close friends …. Well, not exactly. More like, attended a holiday party at the home of the leader of the free world. Words can't describe what it feels like for the President to say he not only watches @espnhishers, but loves it. This message is brought to you by, Momma I Made It

After a number of 2016 shootings, President Obama decided to do a town hall discussion on race. Hill and David Muir served as the moderators for ABC’s “The President and The People: A National Conversation”.

The discussion featured community members from Baton Rouge, Minneapolis and Dallas who had been impacted by the shootings. It was a unique opportunity for Hill given the town hall was simulcast on ABC and ESPN. Hill described her outlook on co-hosting the discussion on Twitter. “My job isn’t to speak, but to help facilitate honest questions toward @POTUS,” Hill tweeted.