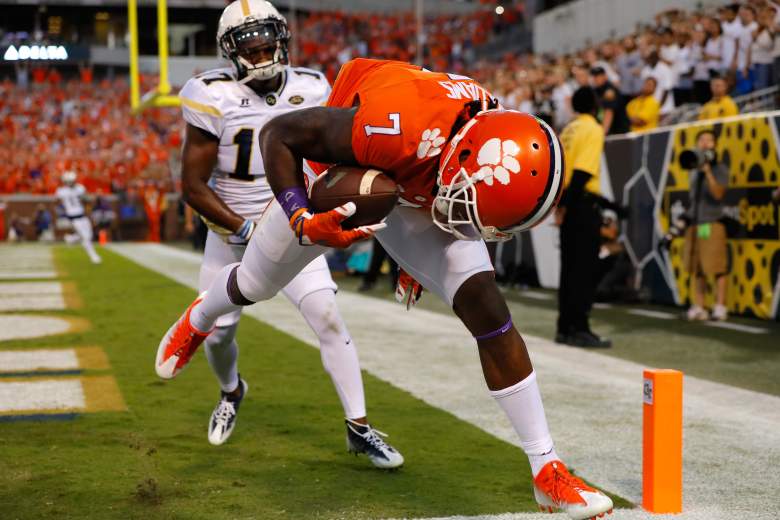 Arguably the best redshirt junior wide receiver in the nation, Clemson’s Mike Williams played his final collegiate game when his team defeated the University of Alabama Crimson Tide in the College Football Playoff National Championship Game. The game was his last because several sources state that he could be the first wide receiver taken in April’s NFL Draft, perhaps even as high as within the top 10 picks.

Williams has built upon a great sophomore season in 2014-2015 (57 catches for 1,030 yards and six touchdowns) with a stellar 2016-17 campaign. Going into tonight’s game, Williams has 90 catches for 1,267 yards and 10 touchdowns on the season. More importantly, Williams proved that he can stay on the field, after missing most of the 2015-16 season when he suffered a neck fracture in Clemson’s opener against Wofford that season.

Because of his production before and after his injury, Williams has been recognized among the best NFL wide receiver prospects in the nation.

USA Today’s latest mock draft has Williams being taken seventh overall by the Tennessee Titans (the mock was done before the regular season ended and the draft order was offically set; Tennessee actually will make its first selection fifth overall barring any future trade).

Dane Brugler of CBS Sports is a little lower on Williams as far as overall selection goes, but still has him as the first wide receiver coming off the board at No. 13 overall to the Arizona Cardinals.

Brugler’s dropping of Williams outside the top 10 might come from what he may have been hearing from sources in the league. Lance Zeirlein of NFL.com reports that an unnamed NFC team’s personnel director has his doubts about Williams:

Really pretty looking when you watch him down on the field, but he’s not there yet. I think he’ll get there, but he’s not there yet. I don’t think he’s going to run as fast as people think. When college players get up here and find out that cornerbacks are faster and more physical, there is an adjustment period. I think it will take him some time to figure things out, but I think he’ll do it. He’s going to be good. I just don’t know if he’s going to be a star.

Matt Hayes of Bleacher Report has been able to nab a very different opinion of Williams from another league scout, however. The scout said that Williams is the closest thing to Calvin Johnson that he had seen.

While opinions may vary among NFL teams on how high to take Williams, what seems obvious is that he has a great chance to be taken in the first round of the draft. Zeirlein lists teams with needs at the wide receiver position as the Tennessee Titans (picking fifth and 18th overall), the San Diego Chargers (seventh overall), Buffalo (10th overall), Philadelphia (picking either 14th or 15th overall), the Baltimore Ravens (16th overall) and the Tampa Bay Buccaneers (19th overall). Zeirlein also states that he believes that the Los Angeles Rams have a need at wide receiver, although Los Angeles is currently without a first-round pick and would likely have to trade up to get Williams.

Williams also has some unique history on his side. There have been two other wide receivers with the same first and last names who have recently been in NFL Draft pools, and draft day went well for both of the previous two.

Would be third Mike Williams drafted in first round of NFL draft since 2002. And that doesn't even count ex-Buc Mike Williams. https://t.co/6A4eEa6Fwo

Williams has the potential to become the best of the three, and in April, fans will get to see which team he will start his quest to become the most successful Mike Williams with. 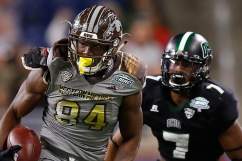