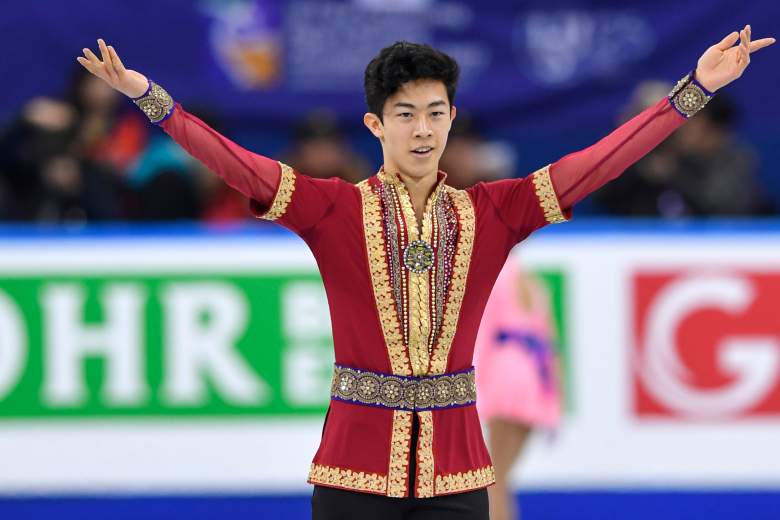 Nathan Chen has emerged as an Olympic medal contender for the PyeongChang Olympics in 2018.

Since the start of the 2016 season, the 17-year-old has had an impressive ascent. Heading into the 2017 World Championships, Chen is a gold-medal favorite. 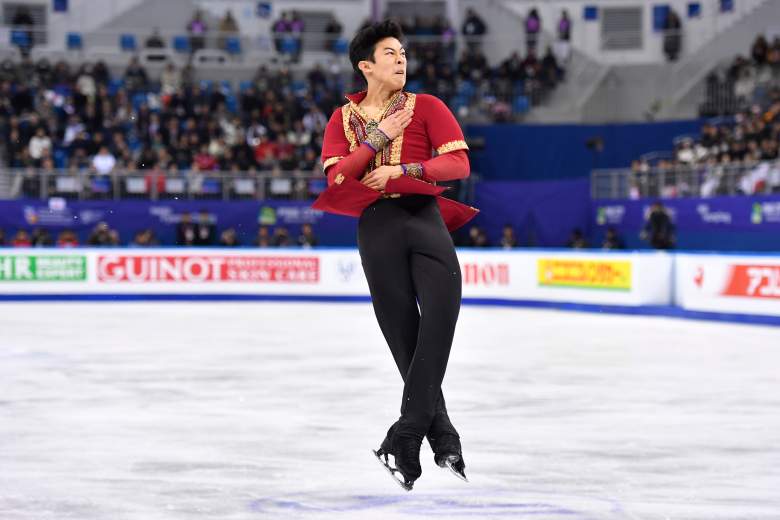 Chen became the first skater to land five quadruple jumps in one program at this year’s U.S. figure skating championships.

“That was an amazing performance. I’m really happy with what I did,” Chen told the Denver Post. “Component-wise, I kind of faltered a little bit. That stuff happens when you’re pushing these secondary elements to the max. It’s definitely something that I’m looking forward to working on to improve for worlds.”

With a record score of 318.47 points and a record winning margin of 55.44 points, Chen claimed gold to become the youngest U.S. men’s champion in 51 years.

He landed four quads during his short program to score a U.S. record 106.39 points.
Chen, who was out five months after suffering a hip injury in 2016, has struggled with various injuries in recent years as he’s gone through growth spurts.

“These big jumps take a big toll on the body, especially a young body. So, it’s kind of risk or reward, I guess. I feel like at this level, it’s kind of necessary,” he told NBC News.

However, Chen showed his ability to overcome those obstacles at nationals with two record-setting performances in January.

“Life often tests us, it puts us through examinations, and Nathan gets all sorts of scrutiny from it, too,” his coach Rafael Arutyunyan, told NBC Sports. “But this young man walks out of all such pressing situations as the winner. He behaves like a real man.” 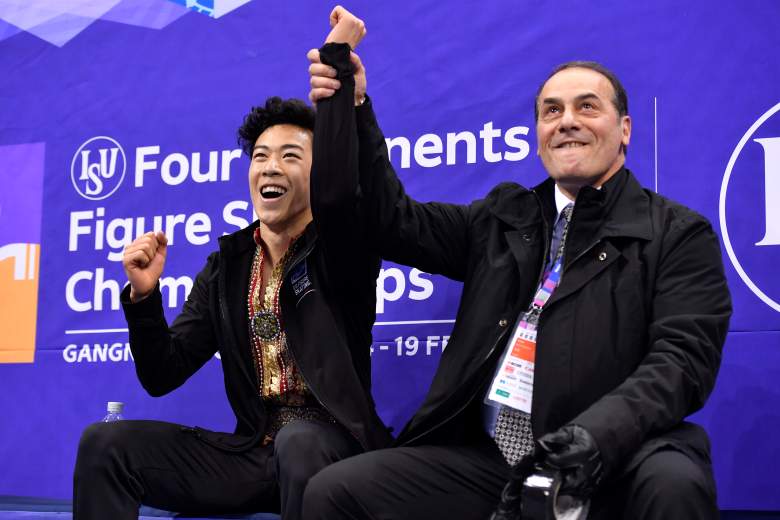 Chen claimed the biggest title of his young career with a gold medal performance at the 2017 Four Continents Championships in late January.

Chen took the ice following a solid skate by Olympic champion Yuzuru Hanyu with an exceptional performance at the 2018 Olympic venue. He landed five quadruple jumps to total 307.46 points— matching his record for a free skate, and the highest in the world this season.

“There were some mistakes here and there,” he told NBC Sports. “There are definitely things I need to work on, but I’m certainly happy with the way everything went.”

His first place finish marked the biggest win for a U.S. man in international competition since Evan Lysacek‘s Olympic title in 2010.

In December 2016, Chen won a silver medal at the Grand Prix of Figure Skating Final in Marseilles, France. He became the second youngest skater ever to medal in the event’s history, according to NBC Sports.

3. Chen Is From Salt Lake City 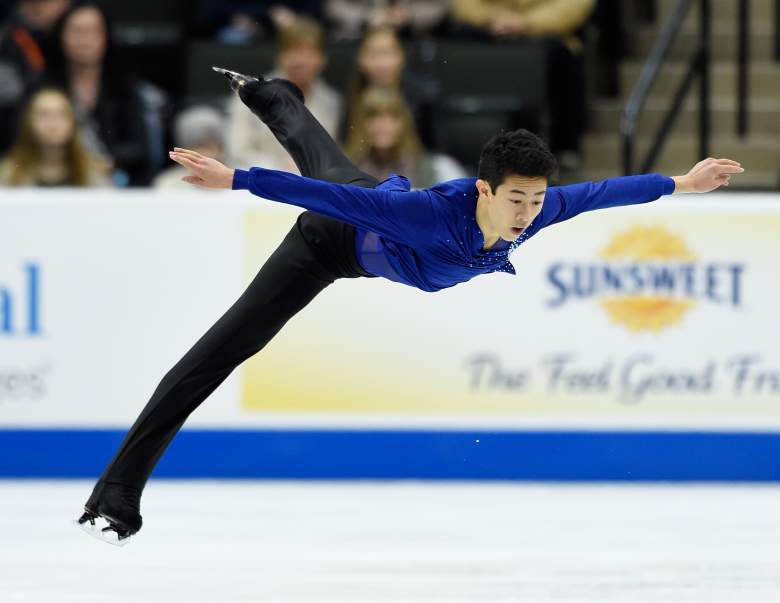 Chen was born in Salt Lake City, Utah, to Zhidong Chen and Hetty Wang, both immigrants from China. Neither of his parents come from athletic careers— his father is a scientist and his mother is a medical translator. Chen is the youngest of four siblings: Alice, Janice, Tony and Colin.

He attended West High School in Salt Lake City and Rim of the World High School in Lake Arrowhead, California. As a sophomore in August 2013, Chen enrolled in public school online through Connections Academy.

In addition to figure skating, Chen trained in ballet with Ballet West Academy and also competed in gymnastics at the state and regional levels for seven years.

4. He Began Skating at 3 Years Old 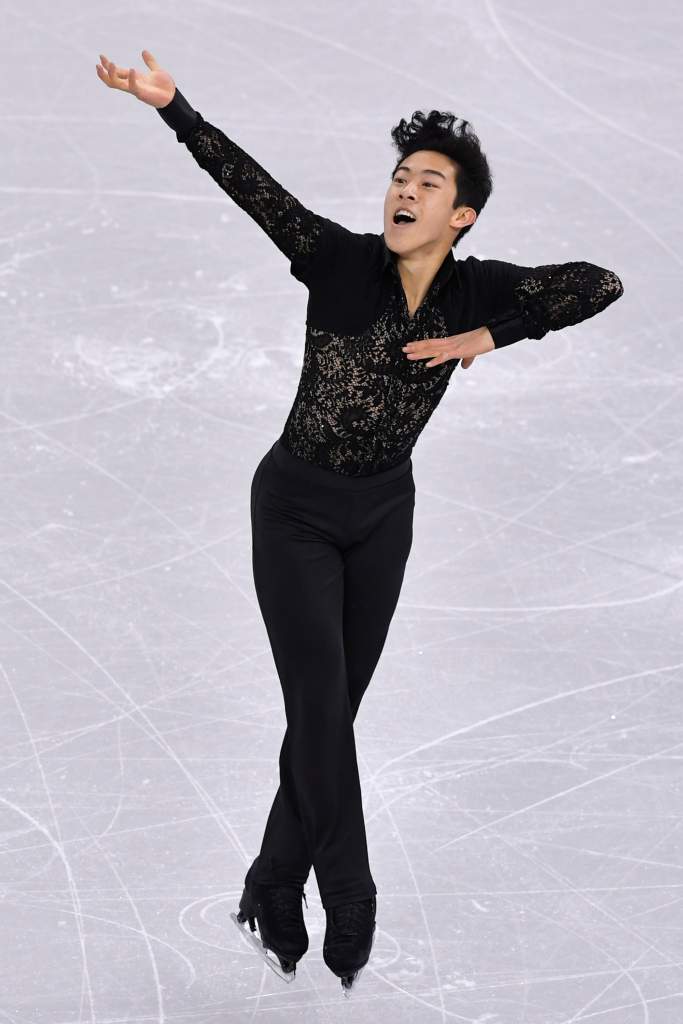 During the 2011–12 season, Chen moved up to the junior level. At the time, he was coached by Genia Chernyshova and also began traveling to Lake Arrowhead, California to work with Rafael Arutyunyan to improve his jumps. That same season, Chen relocated to California to train with Arutyunyan full-time in mid-December, according to Ice Network.

Arutyunyan is a world-renowned coach, who has garnered the reputation as a jump specialist.
Chen has always been known for his technical prowess and challenging jump combinations. However, Arutyunyan’s guidance has pushed him to the next level.

5. He Plans to Attend College 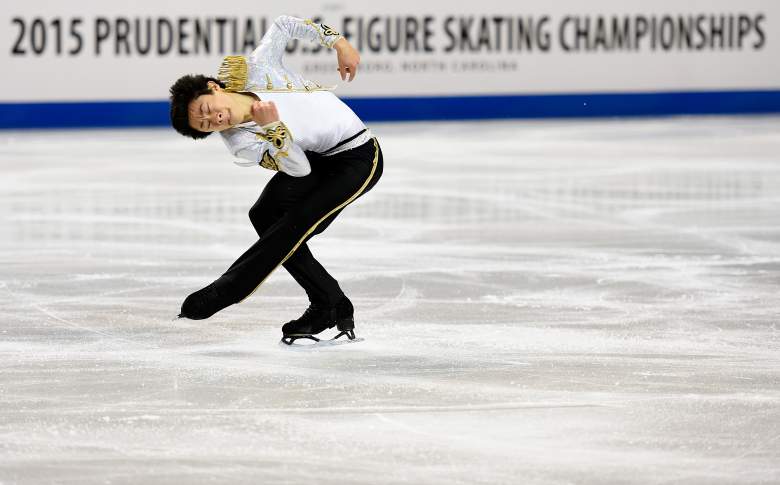 Chen plans to attend college, although he is waiting to enroll until after his gap year, which he will spend training for the 2018 Winter Olympic Games in Pyeongchang, South Korea.

Although a college education is a priority for Chen, his sights are currently set on the Olympics.

“I don’t want to set specific goals, at the moment,” Chen told NBC News. “It’s a little bit far away to say where exactly I’ll be during that period of time. But, of course, everyone’s goal is to podium at the Olympics.”

Following his record-breaking performance at the U.S. Championships, Chen was asked if he felt an Olympic gold medal was within reach.

“I believe it’s possible, yeah,” Chen explained to NBC Sports. “It’s still in the distance for me. There’s so much room I have to improve to make myself at that level, but I think it’s definitely possible.”