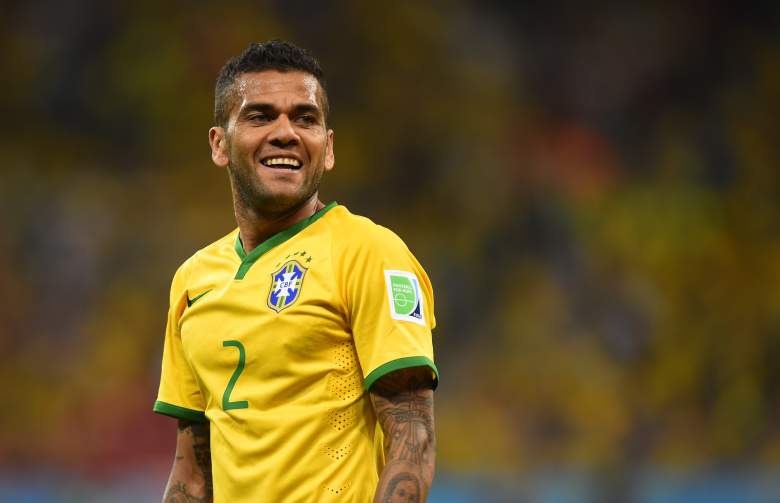 With his contract at Barca due to expire at the end of the season, Alves’ signature will be one of this summer transfer window’s most sought-after commodities.

Here’s what you need to know about the man from Juazeiro:

1. His Contract is up in June 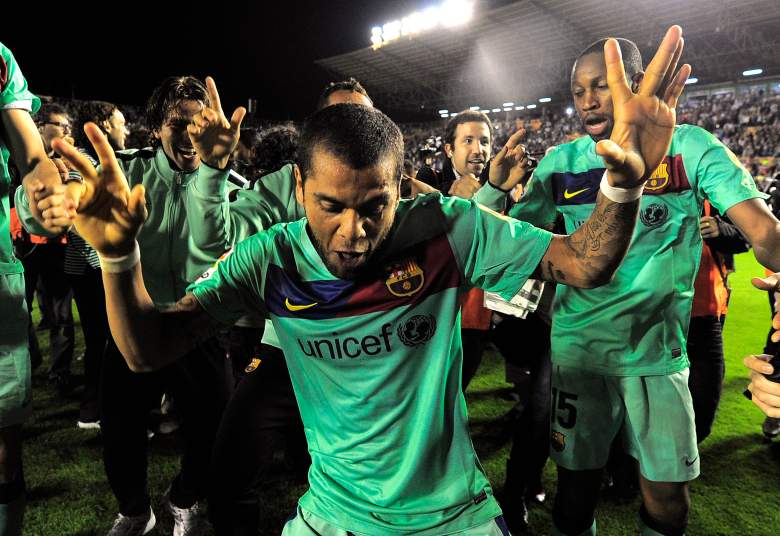 Alves transferred to Barcelona before the start of the 2008-09 season, with the Catalans paying Sevilla roughly $35 million for his services. His seven years at the Camp Nou coincided with one of the most successful periods in the club’s – indeed, any club’s – history, and he was an integral part of Pep Guardiola’s all-conquering side, providing width and attacking intent when Lionel Messi invariably cut inside.

While at 31 his best years are likely behind him, Alves’ experience at the very peak of European soccer continues to make him an attractive proposition for potential employers. Manchester United, among others, are rumored to be interested in the Brazilian, with the Red Devils reported to be readying a $225,000 per week contract offer.

2. He Laughs in the Face of Racism

Alves has suffered from periodic racial abuse throughout his career in Spain, such as the monkey chants he received during Barca’s Copa del Rey final defeat against Real Madrid in 2014.

During a La Liga tie against Villareal last season, a supporter – sorry, a moron – inside El Madrigal threw a banana at the Brazilian. Alves duly picked it up, peeled it, and demonstrated the correct usage for a piece of fruit.

Alves later commented that “We have suffered this in Spain for some time. You have to take it with a dose of humour. We aren’t going to change things easily. If you don’t give it importance, they don’t achieve their objective.”

Alves’ response provoked a strong reaction on social media, which we could tell you about. But what’s the point when our animating friends in Taiwan have already produced this handy video?

Dani Alves eats banana thrown by racist fan, support for Alves goes viralBarcelona's Dani Alves straight up owned a racist Villarreal fan who threw a banana at him during Sunday's match by picking it up of the pitch and eating it. The racist fan has been handed a lifetime ban by the La Liga club. Brazilian international Alves was getting ready to take a corner during Barca's…2014-04-29T15:01:10.000Z

3. His Girlfriend is a Brazilian Soap Actress

Since August 2012 Dani Alves has been in a relationship with Brazilian Soap actress Thaissa Carvalho. Carvalho has appeared in a number of programs on Brazilian TV, and studied nutrition and nursing at Rio de Janeiro State University. 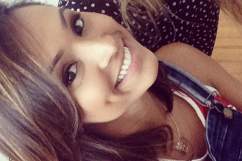 Prior to dating Carvalho, Alves was married for three years to Dina Alves, before the pair separated in 2011. As well as their two children together, Alves has another indelible reminder of his former wife: a tattoo of her face on his right shoulder. 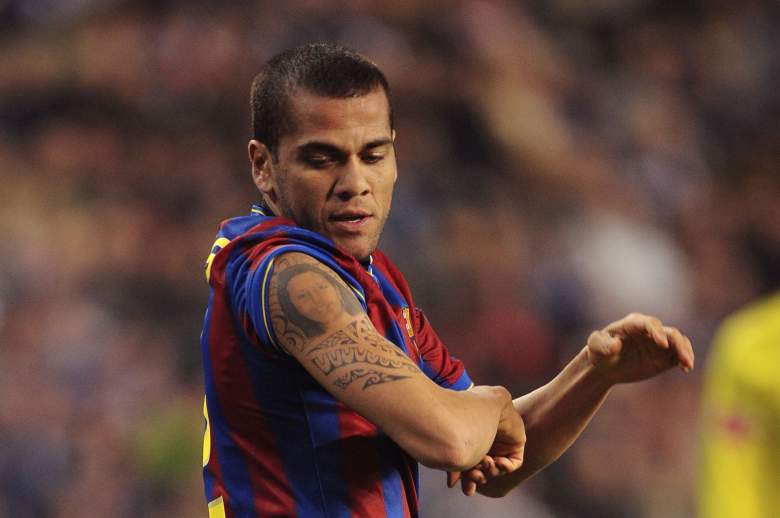 4. He has a Tattooo of Sylvester the Cat and Tweety on his Ankle 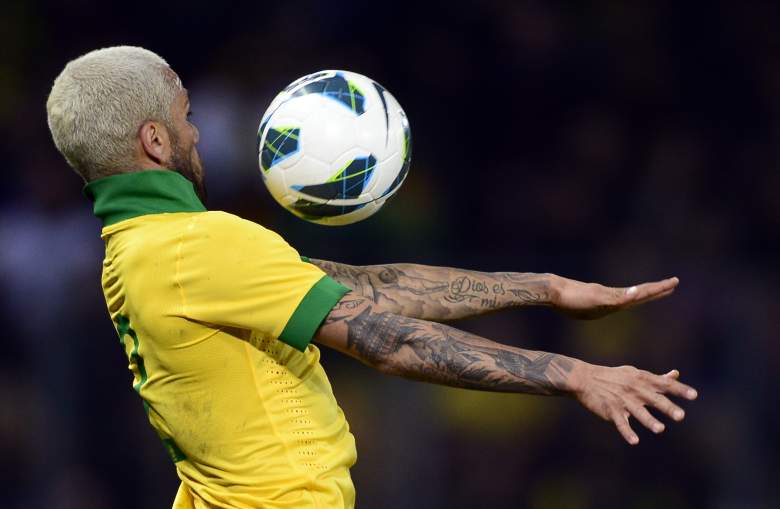 As the above attests, Alves is a man who positively revels in body art. However his most intriguing tattoo isn’t of his ex-wife, but a depiction of Looney Tunes characters Sylvester and Tweety on his right ankle. Why? It’s all to do with his height: “The little guys rule in football too. We are in an era where there are so many clever footballing ‘midgets’ who are smarter than the average player and can do something different.”

For the record, Alves is a proud 5ft 8in tall.

5. Alves Hasn’t Played for Brazil Since Their 2014 World Cup Shellacking 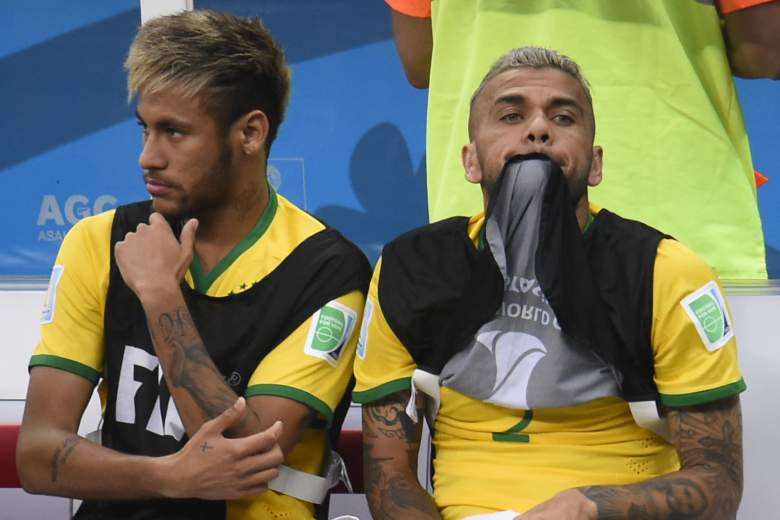 Alves, sat next to Neymar on the Brazilian bench (Getty)

Alves has 79 caps for Brazil, but it seems unlikely he’ll be adding any further international appearances to his resume in the near future. At least, not so long as Dunga is in charge of the Selecao.

The former Brazilian midfield general has orchestrated a complete overhaul of the playing squad that was humiliated 7-1 by Germany last year, with just 9 of the 26 who featured in their World Cup squad being called up for their recent international against Chile.

Alves is philosophical, if somewhat defiant, about his rejection: “I always remember the motto on our flag – order and progress. Without order there is no progress. If there is revolution there is instability,”

Read More
5 Fast Facts, Soccer, Sports
With only months left on his contract at Barcelona, Brazil's Dani Alves will be one of this summer's big transfer stories. Here's what you need to know.