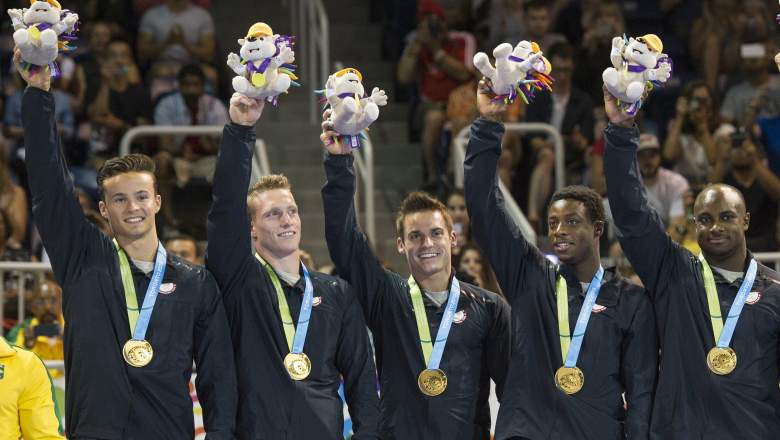 The 2015 Pan American Games are coming to a close, and it’s once again the United States at the top of the medal table.

The Americans dominated the 2011 Games, winning 34 more golds and 100 more medals than any other nation in Guadalajara, and although the host Canadians gave them a very good run this year, they eventually came out on top again. 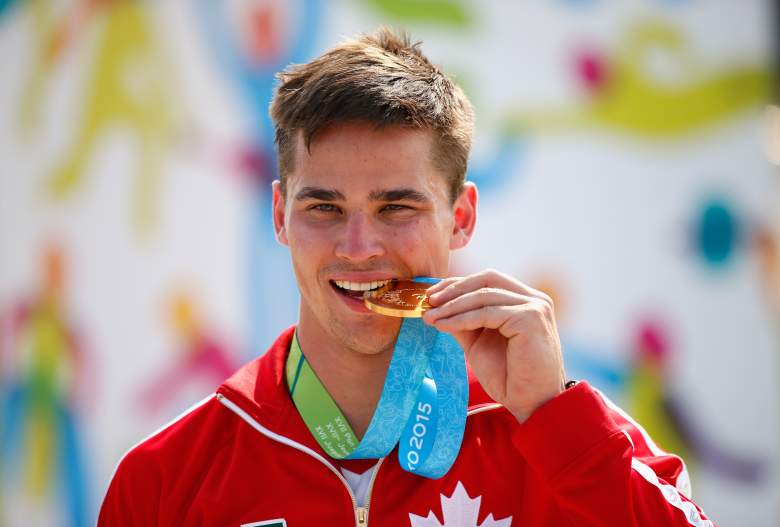 Saturday marked the last day for swimming medals to be handed out, and the United States took advantage. Of the six events, the United States captured three gold medals and several overall. It was the ladies who were particularly dominant, winning all three events. Sierra Schmidt won the 800m freestyle, Caitlin Leverenz won the 200m IM and the 4X100m relay team, led by Natalie Coughlin, beat Canada.

The United States, which surpassed Canada on top of the medal table, also had a good day on the wrestling mat, winning three golds and a silver. Olympic gold medalist Jordan Burroughs added to his trophy case with a victory against Ecuador’s Yoan Blanco. 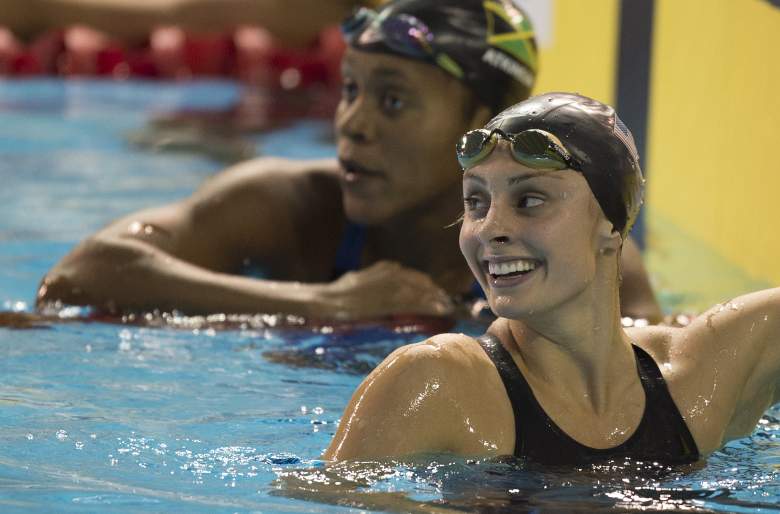 After grabbing a couple golds in cycling and wrestling, though, the Canadians remain above the United States on the medal table. 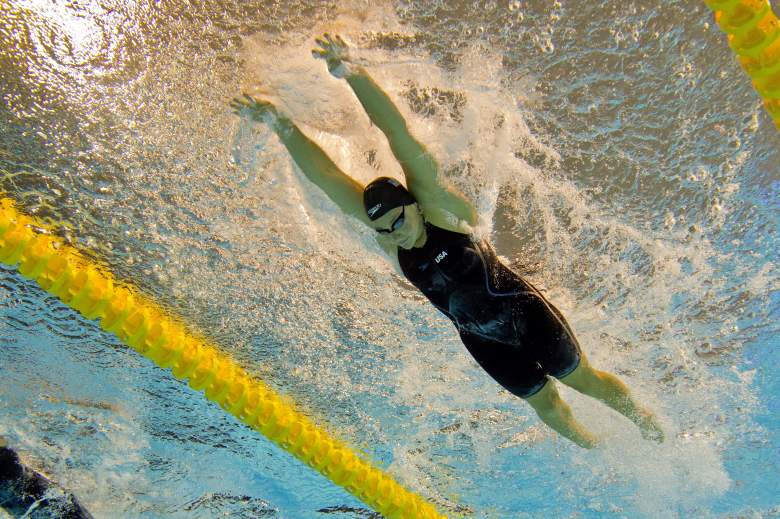 The impressive day helped the Red, White and Blue keep pace with Canada in total medals, although success in badminton and cycling track allowed the hosts to remain on top in terms of golds. 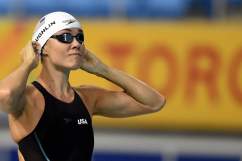 How to Watch Pan Am Games July 17 Live Stream Online 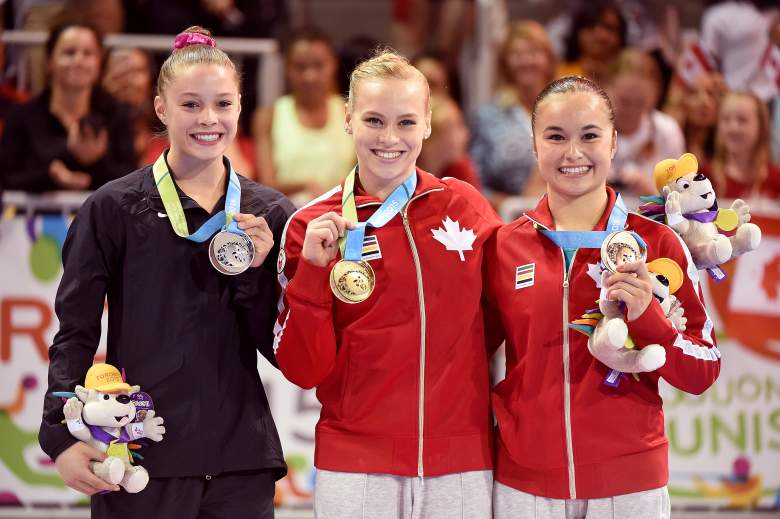 Gymnastics finished up with five medal events. The star of the day was Canada’s Ellie Black, who held off the United States competitors to earn gold in both the floor and beam events. On the men’s side, Colombia’s Jossimar Calvo Moreno also won two golds (horizontal bar, parallel bars), while Cuba’s Manrique Larduet topped the vault competition.

Although they didn’t win any gymnastic golds, the United States earned a medal in each of the five events, helping them leap Canada in total medals. 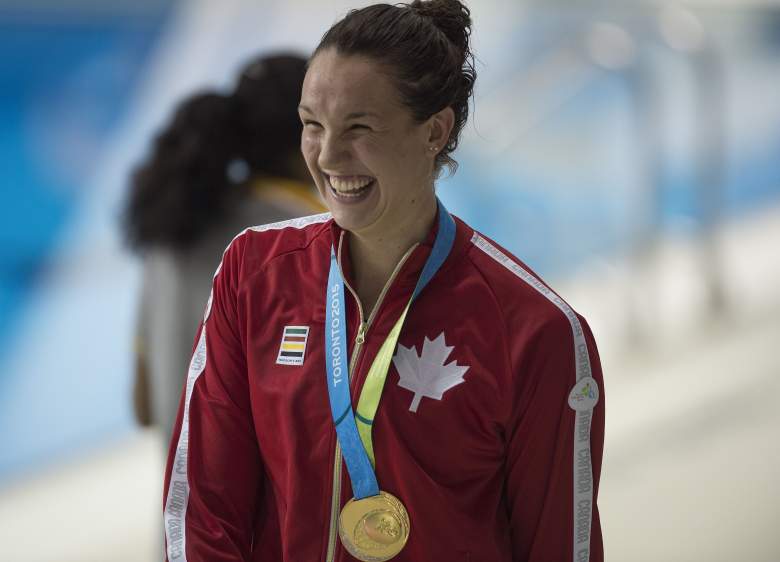 Natalie Coughlin, a 12-time Olympic medalist, set a Pan American Games record in the women’s 100-meter freestyle, but it only lasted for a couple hours. After setting the record with a time of 53.85 in the prelims, the American was upset in the final by Canada’s Chantal Van Landeghem, who finished at 53.83 seconds, much to the delight of the Toronto crowd.

Van Landeghem’s gold was one of eight on the day for Team Canada, who remain atop the standings. The Americans remained in a close second with seven golds, including two in gymnastics from Marvin Kimble (men’s pommel horse) and Rachel Gowey (women’s uneven bars). 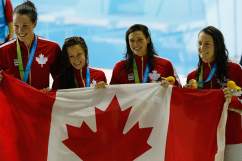 How to Watch July 15 Pan Am Games Live Stream Online 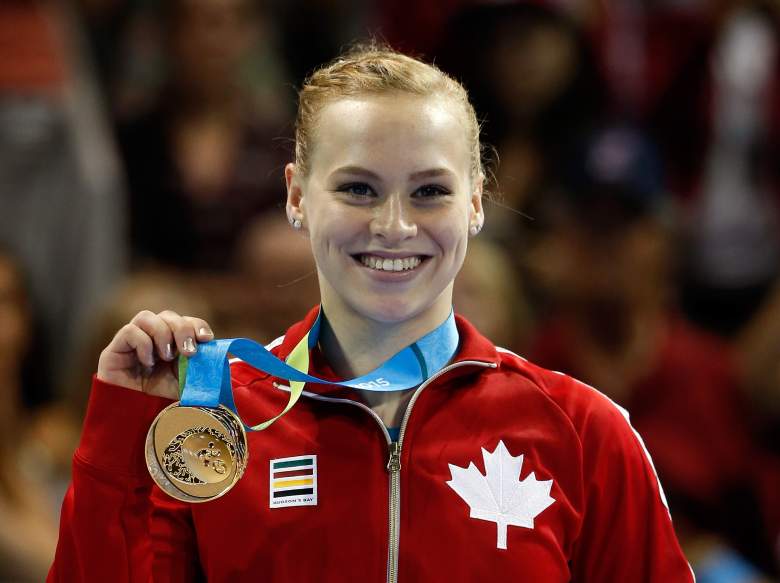 Gymnastics are typically one of the more compelling events at events like these, and that was no different on Monday. In the men’s all-around competition, United States Olympian Sam Mikulak edged Canada’s Manrique Larduet by .05 points, only for the hosts to exact revenge when Ellie Black pulled off the slight upset to defeat American Madison Desch.

Canada finished the day with seven gold medals, while the United States continued to slip behind in the standings with five. Cuba made the biggest climb in the standings, raking in six golds in canoeing, diving, rowing and weightlifting. 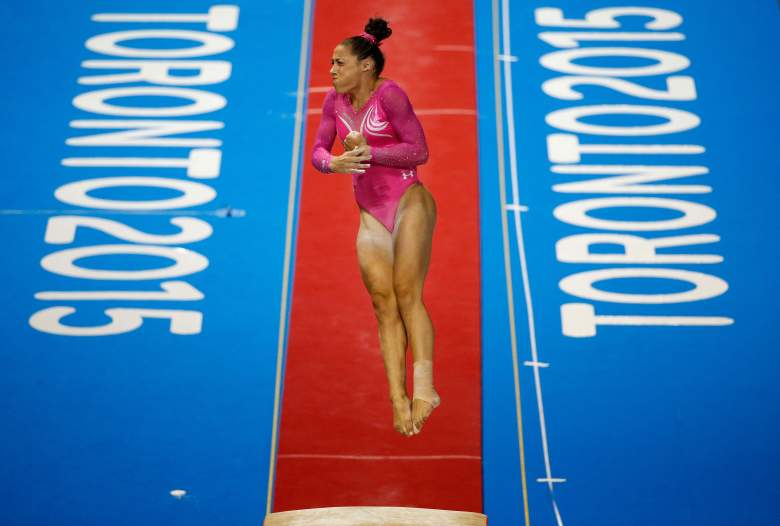 Another dominant day for Canada, who won six of the 23 gold medals handed out. Raphael Gagne and Emily Batty each earned gold in cycling, while the men and women were both crowned victorious in rugby sevens. The ladies were especially dominant, crushing the United States, 55-7, in the gold-medal match.

The United States got its revenge in gymnastics, getting standout performances from Amelia Hundley and Madison Desch to top Canada and Brazil for gold in the team (artistic) competition. Marti Malloy (women’s judo), Chip Peterson (men’s open water 10km swim) and the equestrian dressage team added golds for the United States, who finished with four on the day. 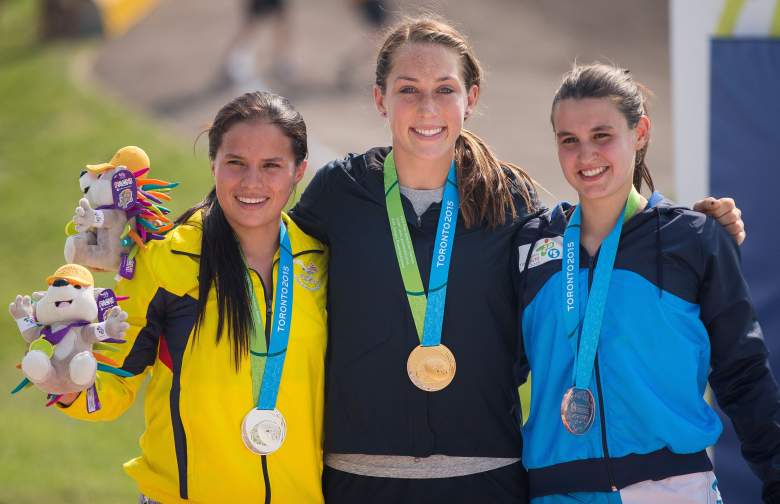 With four of the 16 gold medals and eight overall, Canada has jumped out to an early lead atop the table. Tory Nyhaug won the men’s BMX competition, while the Canadians also earned medals in canoeing, diving and synchronized swimming.

The USA is close on the heels of the hosts with seven medals and three golds. The Americans took the team competition in men’s artistic gymnastics, while Felicia Stancil captured gold in the women’s BMX.

So exciting to win the first GOLD medal for Team USA at the Pan American Games!!! Thank you everyone for the kind… http://t.co/cjGzhgVapE

Brazil and Colombia also enjoyed stellar days. Mexico did most of its work in diving, winning three of the six total medals, while Colombia won two golds and two silvers in weightlifting.

Read More
Sports
The United States easily topped the 2011 Pan American Games Medal Table, but hosts Canada are looking to challenge them in 2015 in Toronto.