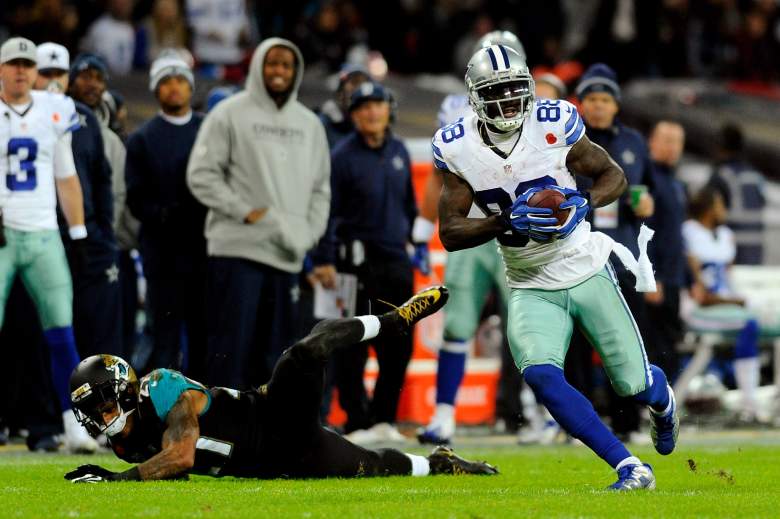 Dez Bryant is back.

The Dallas Cowboys and the Pro Bowl receiver came to a long-term contract deal on Wednesday afternoon, beating out the 4 p.m. franchise deadline by a little over an hour. The two sides came to the agreement after a full night of compromising and found some common ground despite an offseason war of words that has included everything from Twitter posts to suggestions of collusion.

In the end though, despite some bumps to still work out, Bryant is, officially, ready to play some football. Here’s what you need to know about the deal:

1. Bryant & the Cowboys Reportedly Agreed to a Five-Year Deal

NFL Insider Ian Rapoport reported out that Bryant and the Cowboys had agreed to a long-term deal on Wednesday afternoon, a five-year deal worth $70 million.

Dez Bryant and the #Cowboys will be signing a 5-year deal, I’m told. They are putting the finishing touches on it

Meanwhile, ESPN’s Chris Mortensen got a little more in-depth on the specifics of the contract, citing sources that claimed Bryant would receive $45 million guaranteed. He’s now the second-highest paid wide receiver in the NFL behind Calvin Johnson. However, Johnson only received $43.75 million guaranteed.

2. Bryant & the Cowboys Worked Overnight to Come up With a Deal

According to Ian Rapoport and NFL Media’s Rand Getlin, Bryant and the team were involved in discussions through Tuesday night, hammering out the details of a long-term deal. Sources told both reporters that Dallas had increased its offer beyond the $13 million per year mark.

From @Rand_Getlin & me: #Cowboys increased their offer to Dez Bryant beyond $13M, making a strong push. Bryant is more optimistic than ever

Bryant would make $12.82 million by signing his franchise tag.

The Pro Bowl wide receiver has been staunch in his claims that he deserves a similar contract to the Detroit Lions wide receiver, in the realm of $16 million annually, throughout his discussions with the Cowboys.

Earlier this year, Bryant had tweeted that “$13 million is cool” but was quick to add “But where is my security? I’ll wait … Five years without complaining … So how am I selfish?”

Calvin Johnson signed the seven-year extension before the 2012 season for a number that no other wideout has approached since. However, Bryant and Johnson’s numbers over the past three years are close enough that the Cowboys standout can argue he deserves the same paycheck. Johnson boasts 92 catches for 1,511 yards and eight touchdowns. Bryant, meanwhile, has 91 catches for 1,312 yards and 14 touchdowns.

4. The NFLPA Said it Would Launch Collusion Charges if Bryant Didn’t Sign 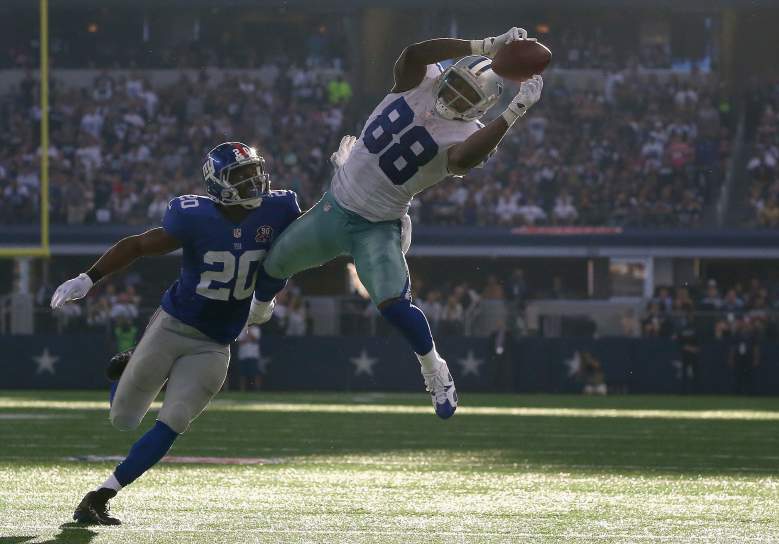 The NFL Players Union said it would step in with collusion charges if Bryant could not come to a long-term deal with the Cowboys. According to reports, the NFLPA planned to do the same if Demaryius Thomas did not sign with the Broncos.

According to a report by ESPN’s Dan Graziano, the union says it has information that both the Broncos and Cowboys have had conversations about long-term deals for both Bryant and Thomas. This, according to the NFLPA, violates the CBA’s anti-collusion rules.

5. Bryant Claimed He Wouldn’t Play Without a Long-Term Deal

As much as I love football…on my beautiful babies.. I apologize #cowboynation but I will not be there if no deal #fact

Bryant made sure that the Cowboys, and the world, were well aware that he would not be playing football this season without a long-term contract. The wide receiver had tweeted out the message that he would even go so far as to sit out games, forfeiting just over $750,000.

It was a particularly precarious position for the Cowboys to be faced with, especially with the numbers that Bryant is capable of putting up. He was responsible for more than 30% of Dallas’ offensive touchdowns last year and whether or not that season-ending play was or wasn’t a catch, Bryant’s importance to the Cowboys is unquestionable. Still, the team seemed, throughout negotiations, doubtful that Bryant would be able to stay away from the game.

My understanding is the Cowboys simply do not buy it. They don’t think he can stay away from football. They know he has shown up to OTAs and minicamp, plus even when he has not been under contract, Dez Bryant has been hanging around the facility. They simply do not believe that he will miss football games.e