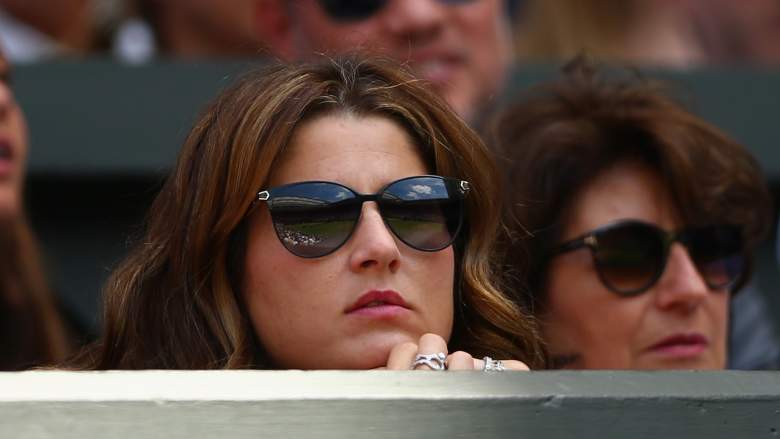 A quick look at the top of the ATP Rankings, and you’ll find players with strong, accomplished significant others. Roger Federer has Mirka Federer. Novak Djokovic has Jelena Djokovic. Andy Murray has Kim Sears.

It’s not exactly a coincidence. These players are all supremely talented, but it doesn’t hurt to have an intelligent, successful partner offering unrelenting support and advice. That, and an extra heckler in your corner.

That’s all evident with 37-year-old Mirka Federer (formerly Mirka Vavrinec), who married Roger in 2009 and is constantly a source of vocal support. One prime example of that: During the 2014 ATP World Finals semifinal, Mirka allegedly called compatriot Stan Wawrinka a “cry baby” from the stands, getting far enough in his head to force him to complain to the official. Federer would go on to win the match in a third-set tiebreak.

“She still plays a huge role and has great input and impact,” said Paul Annacone, Federer’s former coach. “She understands the big picture extremely well and does a great job in terms of letting us work but also shares invaluable information. This is a tricky balance. She’s been there since day one, so she knows very well what it takes and how to get there.”

Mirka was an impressive tennis player in her own right. Urged into tennis at a young age by legend Martina Navratilova, she won three ITF titles and climbed as high as No. 76 after reaching the third round at the 2001 US Open. However, injuries forced her to retire in 2002 at the age of 24.

Federer explained the value of having a fellow player in his corner:

I think it’s a great help that she actually played. I never stated dating a tennis player because of that, actually, sort of 10 years ahead. But in my situation, I think it really does help, because she knows in some ways what it takes, and she did it on a level that was still very good but not at my level. And she already put in a massive amount of hours herself. So when I tell her, ‘Look, I need to go to practice,’ she’s the first to say, ‘I know, I know you need it, and you need only maybe 20 percent of what I needed.’

In addition to her role as the rock in Federer’s corner, she also has the never-ending job of being a mother. Mirka and Roger have two sets of twins, girls born in 2009, and boys born in 2014. Managing to take care of four children under the age of seven while your husband is busy being one of the best tennis players in the world is not a simple task, but Mirka has handled it with aplomb.

She may not always be in the limelight, but there’s little question that the stability Mirka has provided is a large reason while Roger has one of the fullest trophy cases in the history of the sport.