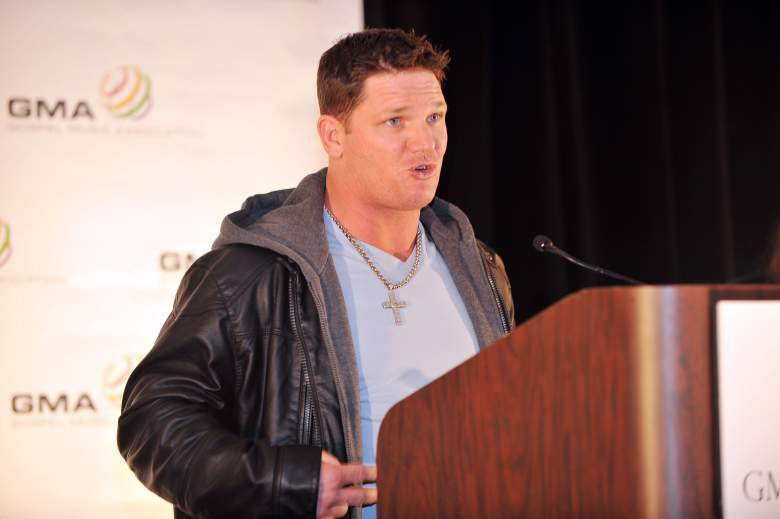 AJ Styles is making the move to the WWE and the wrestling world is pretty thrilled. (Getty)

The time of AJ Styles is, officially, upon us.

The 38-year-old, born Allen Jones, made his debut at the annual Royal Rumble on January 24 and, after years spent working for Total Nonstop Action Wrestling, AJ Styles is on his way to becoming a bonafide WWE star.

It’s been a long and winding road to WWE superstardom for Styles and things aren’t going to get any easier as he battles for screen-time and in-ring victories on the road to Wrestlemania.

Still, there’s plenty of reason to be impressed with Styles’ achievements thus far and even more to be excited about when it comes to his future with the WWE. Read on to learn more about the America wrestler and his life away from the sport:

Wrestling fans are already fairly well acquainted with Styles; after all, he spent more than a decade as a star with Total Nonstop Action Wrestling.

After spending time with world Championship Wrestling in the early 2000s and wrestling internationally, Styles joined TNA when it was founded. While with the organization, Styles became one of the faces of the company and one of its biggest stars. He held the NWA World Heavyweight Championship three times and the TNA World Heavyweight Championship twice. He was also the first-ever TNA X Division Champion, a title he held six times during the course of his career. As if that weren’t enough, Styles was also a decorated tag team wrestler at TNA, winning the world tag-team championship six times.

Despite the long run of success, Styles and TNA split in 2013 after his contract had expired. Styles discussed the end of his TNA career in December 2015, saying:

I think around 2009-10 they were headed in the wrong direction. They were trying to be WWE-lite and you can’t do that, you have to be different.They had all the talent they needed and didn’t need to bring in other talent. I think people were misinformed about what they could get out of it. The dial never changed when they brought in this higher talent as they thought it would.

In March 2014, Styles signed a non-exclusive deal with New Japan Pro Wrestling and continued to advance his career on the international circuit. Overall, he has held seven world championships and 23 championships as well as performing on the independent circuit.

2. It Was Announced He Had Signed With the WWE in January 2016

Cant stress just how incredible it is that AJ Styles is in #WWE. It's like a dream come true. pic.twitter.com/w5uILbGMy4

After several years of speculation, and a stint in Japan, the WWE announced that it had joined forces with AJ Styles after the pair had agreed on a multi-year contract. It was a surprising move, particularly after it had been speculated that Styles was actually intent on returning to the TNA.

According to PW Insider, Styles and TNA had been in the midst of some big-money plans and a possible contract that was expected to be three to four years in length.

Styles made his WWE debut on January 24 in the Royal Rumble, entering the ring at No. 3. It’s particularly important to note that, with his new WWE contract, Styles awas able to keep ownership of his in-ring name as well as his nickname “The Phenomenal One” and the name of his finishing move, “The Styles Clash.”

Entrant No. 3 in the #RoyalRumble Match is simply #PHENOMENAL! @AJStylesOrg has arrived in @WWE! https://t.co/fjpnn7f6kd

Styles also appeared on the RAW following the Royal Rumble and won his first-ever WWE match, defeating Chris Jericho. In addition to his strong start, Styles also made history, becoming the first TNA Original to jump straight to the main WWE roster and not go through a developmental promotion.

3. Styles & His Wife Wendy Have Four Children Together 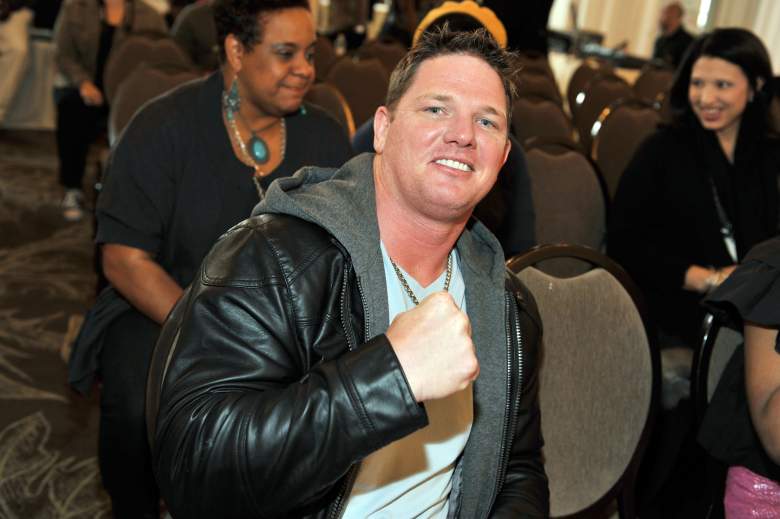 AJ Styles admits that being on the road has occasionally hurt his marriage, but that he and his wife have made it work. (Getty)

The family lives in Gainesville, Georgia and it was for his family that he first turned down a WWE developmental contract:

I am not by any means cocky, I am honored that they offered me a contract, he said. Financially I couldn’t afford to go up there. My wife was in college and I was the sole provider. It wasn’t feasible for me to move to Cincinnati for a developmental deal when I was making nothing. God and family are more important to me. I couldn’t do it to my wife.

Styles and his family are also devoutly religious and has frequently discussed the importance it has played in their lives. Styles told Sports Spectrum that he first turned to religion in 1993 when he “went to a judgement house… I went to a church and they basically tell a story, and you go from room to room, and they tell a story about how some kids will go to heaven and some will go to hell and you get to experience that with them.”

4. He Is an Avid Video Game Player

When he isn’t competing in the ring, odds are pretty good that Styles is seated in front of a TV, playing video games. However, while he’s a self-admitted avid gamer, Styles is also very particular about what games he’s playing.

In fact, the wrestling star isn’t a big-time fan of WWE SmackDown vs. Raw games and opts, usually, to only play old-school games on his Nintendo 64.

Despite his video game fandom, Styles will have to wait a bit longer to see his likeness in WWE games. 2K Games confirmed that Styles won’t be added to WWE 2K16, as the roster has been confirmed for several months already. Fans can, however, still find a way to play as Styles in the ring with several CAW community edits of the star.

5. Styles Has a Large Tattoo On His Side for His Children

AJ Styles tattoo has become a bit of a calling card and one of his most obvious traits. (Twitter)

It’s difficult to miss the massive ink along AJ Styles’ torso. It’s a little less clear, however, what exactly the tattoo means.

Styles got the tattoo in the summer of 2010 at the Gas Chamber Ink shop in his home state of North Carolina. The tattoo features his initials as well as the dates his sons were born. Styles also has a daughter, Anney, keep on trend with the less-than-usual spelling of common names. 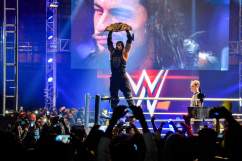