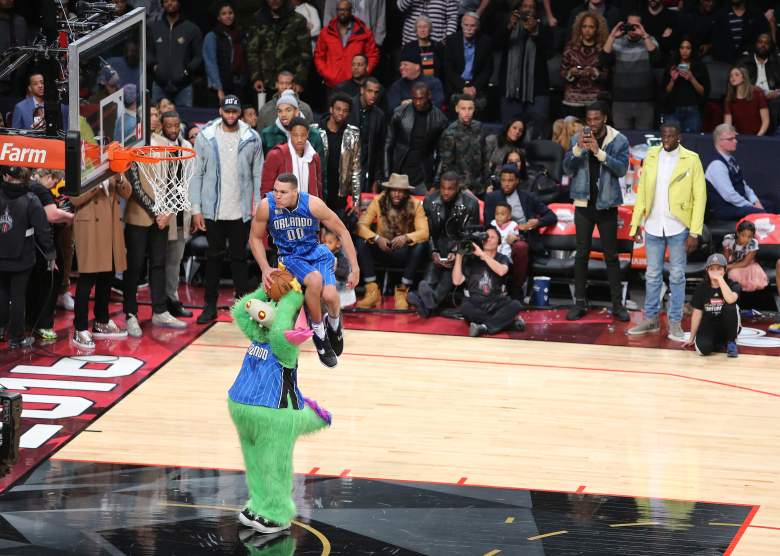 At NBA All-Star Weekend in Toronto back in February, Orlando Magic forward Aaron Gordon was part of one of the greatest duels in the history of the event. Gordon went head-to-head with Zach LaVine of the Minnesota Timberwolves in the finals, with the two exchanging incredible dunks and needing a “dunk-off” to determine the champion (LaVine). And as both work to develop their overall skill sets, this is a “rivalry” that could become a centerpiece of NBA All-Star Weekend for years to come.

Gordon’s dunking prowess doesn’t mean that he’s above being challenged however, as he was on the receiving end of an invitation from Ben McLemore of the Sacramento Kings just over a week ago. McLemore’s challenge to Gordon and a few other NBA players: swishing a half-court shot and dunking the ensuing “rebound” in one complete sequence, the #halfcourtswishdunkchallenge.

Came up with something new for y'all after workouts today… bringing you the #HalfCourtSwishDunkChallenge. Time to get creative and see what y'all got! Tag at least three people you think should try it below.. For me I'm challenging @22wiggins @vicoladipo @zachlavine8 @3tross1 @g.green14 @a00g_ #NotAGrindIfYouHaveFunWithIt #ReturnOfTheBounce #Summer16 ? Video Credit: @loquinn_12

Gordon accepted the challenge, posting video of his submission to his Instagram account on Friday. While McLemore threw down a relatively “routine” one-handed dunk, Gordon went with a smooth windmill dunk.

Also challenged by McLemore were LaVine and Andrew Wiggins of the Timberwolves, Victor Oladipo of the Oklahoma City Thunder, Terrence Ross of the Toronto Raptors and Gerald Green of the Miami Heat. Hopefully they all accept McLemore’s invite and add a little more entertainment to the NBA offseason.