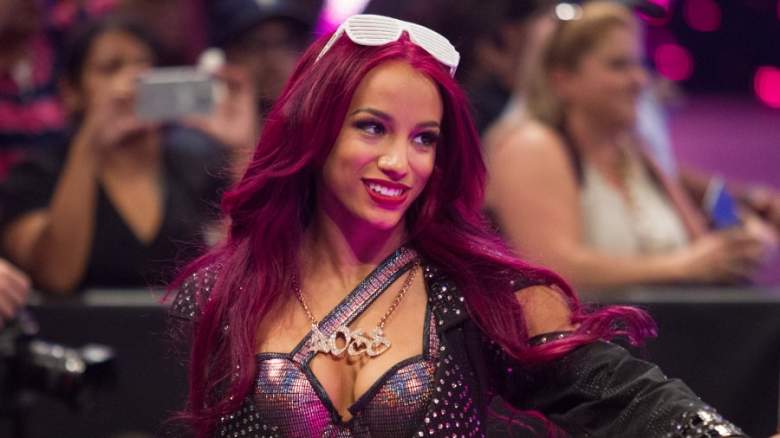 Banks recently married her longtime boyfriend Sarath Ton, a WWE costume designer also known as Kid Mikaze. They are both rather private about their relationship, and very little information about the ceremony itself has been made available, but on Friday this photo from the wedding was posted online:

A post shared by WrestlingNewsSource.com (@wrestlingnewssource) on Aug 5, 2016 at 10:35am PDT

This has been quite the month for Sasha Banks. After being drafted to Monday Night Raw, Banks defeated Charlotte to win the WWE Women’s Championship. This has for many years been her dream, and it is her first time holding the title. The belt recently received its custom side plates that read “the boss.”

Sarath Ton works as a costume designer for the WWE, and he was a former wrestler himself, performing under the name Kid Mikaze. He is involved in designing the costumes for Banks.

“Most recently I haven’t been able to pick out what colors I wanted or scheme,” Banks told the Miami Herald. “I just had him do it, because now he knows what I want. He envisions it. I just tell him, ‘I want to look the best, the greatest. Just do your thing,’ and he always makes me look amazing.”

Though details about their relationship are scarce, they’re apparently both into rap battles; in an interview on Unfiltered with Renee Young, Banks revealed that at home she loves to participate in rap battles with her boyfriend.

This is the second WWE wedding to take place over the past week, as Lana and Rusev were also recently married in Malibu. Though some wrestlers are private about their relationships, that certainly isn’t the case with Lana and Rusev, and Lana showed off her wedding ring in a recent episode of Monday Night Raw. There were also dozens of pictures of the wedding posted on Instagram, whereas Sasha Banks has made no reference to this ceremony on her social media pages.