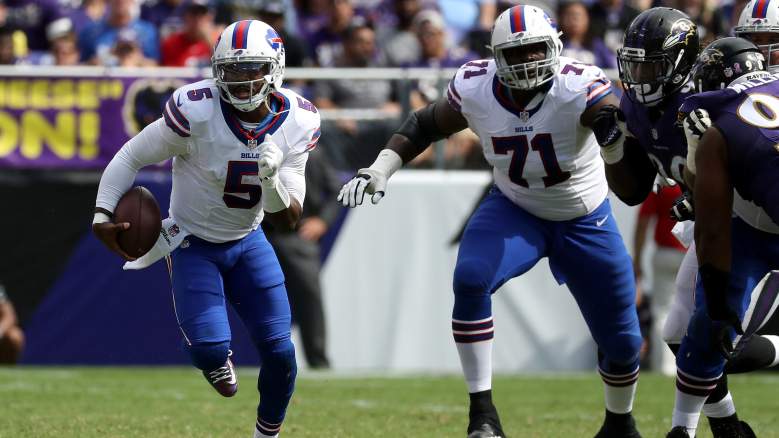 Each coming off Week 1 defeats, the New York Jets and Buffalo Bills will look to right the ship in this in-state AFC East matchup on Thursday night.

The Jets led the Cincinnati Bengals at home with just over three minutes remaining last Sunday but couldn’t hold onto the lead, falling 23-22, while the Bills’ offense was stuck in neutral during a 13-7 road loss against the Baltimore Ravens.

For Buffalo, fixing those offensive struggles won’t be easy. Not only is Rex Ryan’s squad on a short week against a Jets defense that sacked Andy Dalton seven times last week, but starting left tackle Cordy Glenn is out, and dynamic down-field threat Sammy Watkins is questionable.

On the other side of the ball, though, Ryan Fitzpatrick has struggled throughout his career against Rex Ryan defenses, so we could certainly be headed for a defensive slugfest to begin Week 2.

Live Stream: Twitter, Sling TV or NFL.com; You can click here for a complete rundown of all the live stream options for viewers with or without cable

Line: Jets (-1.5), per OddsShark; You can click here for a preview and pick against the spread

Read More
Buffalo Bills, New York Jets, NFL
The Jets and Bills meet for an in-state AFC East battle on Thursday night. Here's everything you need to know about when and where to watch.