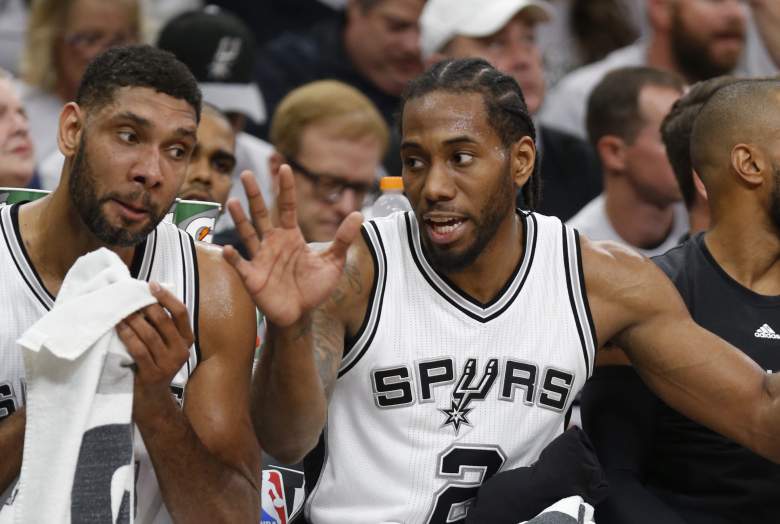 This summer marked the end of an era in San Antonio as one of the game’s all-time greats, power forward Tim Duncan, made the decision to retire. There was no fanfare, just a simple press release put out by the Spurs, a move that’s true to Duncan’s career. Now the Spurs move forward without the future Hall of Fame big man, and head coach Gregg Popovich still has the talent needed to play deep into the playoffs. While veterans Tony Parker and Manu Ginobili remain in the fold, it all begins for the Spurs in 2016-17 with forwards Kawhi Leonard and LaMarcus Aldridge. 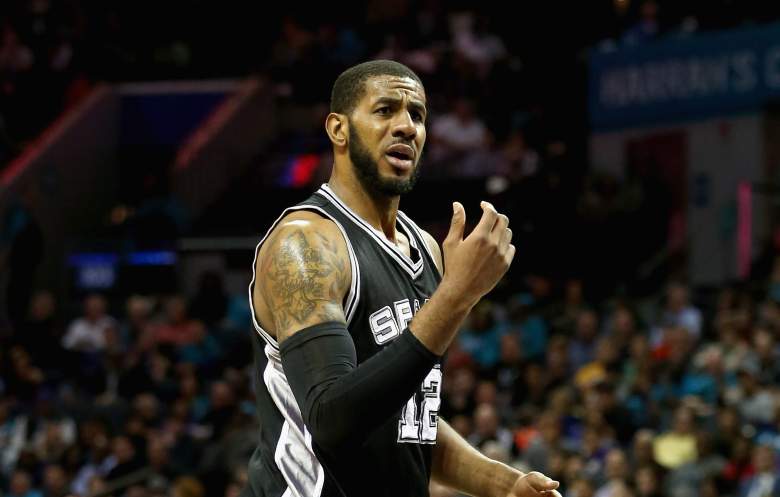 LaMarcus Aldridge’s debut season was a good one (Getty)

G: Tony Parker (11.9 ppg, 2.4 rpg, 5.3 apg) Entering his 16th NBA season, Parker will once again serve as the Spurs’ starting point guard. He may not have the speed he did earlier in his career, but Parker is still a savvy point guard who gets to his spots within the Spurs offense. As has been the case in recent years Parker will have opportunities to rest throughout the season as Popovich looks to keep his main guys fresh for the postseason.

G: Danny Green (7.2 ppg, 3.8 rpg) After averaging 11.7 points per game and shooting 41.8 percent from three in 2014-15, Green’s numbers dropped considerably last season. Green made just 33.8 percent of his three-point attempts in 2015-16, his lowest percentage since his rookie season with the Cavaliers in 2009-10. A major part of the issue was simply that he wasn’t making shots. But there was also the adjustment in spacing with Leonard’s increased role and the arrival of Aldridge. With the added familiarity, don’t be surprised if Green turns things around in 2016-17. That will have to wait however, as a quad strain will sideline Green for the next three weeks.

F: Kawhi Leonard (21.2 ppg, 6.8 rpg, 2.6 apg) As noted above Leonard took on a more prominent role within the Spurs attack, with Popovich making it clear that he needed to do so. Leonard took advantage, shooting 50.6 percent from the field and 44.3 percent from three. The perimeter shooting was the biggest change for Leonard, who entered the NBA with that part of his game being viewed as the weak link. He’s worked hard at it, and the results bear that out. He could once again be part of the MVP discussion this season.

F: LaMarcus Aldridge (18.0 ppg, 8.5 rpg) Aldridge, as expected went through a bit of an adjustment period early in his first season with the Spurs and that’s natural. Not wanting to step on anyone’s toes, Aldridge was a bit too deferential early in the 2015-16 campaign. As he adjusted he got better, and with Duncan retiring Aldridge will have to get used to a new sidekick in the post.

C: Pau Gasol (16.5 ppg, 11.0 rpg, 4.1 apg) After two seasons in Chicago, Pau makes the move south to join the Spurs in search of another title. The two sides agreed to a two-year, $30 million deal this offseason, and how he fits with Aldridge will be interesting to see. Gasol can score in the post and the mid-range, similar to Aldridge, but Pau is the better passer of the two. How that all impacts spacing remains to be seen, but if any coach can figure that out it would be Popovich.

G: Manu Ginobili (9.6 ppg, 2.5 rpg, 3.1 apg) There were some questions this summer as to whether or not Ginobili would call it a career. But he’s back for another run, agreeing to a one-year, $14 million deal in July, and he’ll once again be one of the Spurs’ first options off the bench.

G: Dejounte Murray (Rookie) With their late first round draft pick the Spurs grabbed Murray, an athletic guard with upside. However the Washington product has some strides to make when it comes to his offensive skill set, and he won’t have to rush the development process which will help him down the line. The 6-foot-5 Murray played well at the NBA Summer League, something the franchise hopes carries over into the regular season.

G/F: Jonathon Simmons (6.0 ppg, 1.7 rpg) After earning his spot on the team with a good showing on the Spurs’ NBA Summer League championship team in 2015, Simmons played in 55 games last season. An athletic wing who gives good effort on both ends of the floor, Simmons should see decent minutes off the bench again in 2016-17.

F: Kyle Anderson (4.5 ppg, 3.1 rpg) Anderson was also on that 2015 NBA Summer League team, and with his skill set he’s seen as a player who will be a key cog for the Spurs down the line. Anderson isn’t a great perimeter shooter, but he’s good in the mid-range and as a passer as well.

F/C: David Lee (7.8 ppg, 5.5 rpg) After spending last season with the Celtics and Mavericks Lee joined the Spurs as a free agent, agreeing to a two-year deal worth $3.2 million. Lee’s signing is similar to that of David West last season, giving them another veteran big man, but in the case of 6-foot-9 Lee he’s a bit more active on the glass than West (4.0 rpg) was.

Other Players in Spurs Training Camp 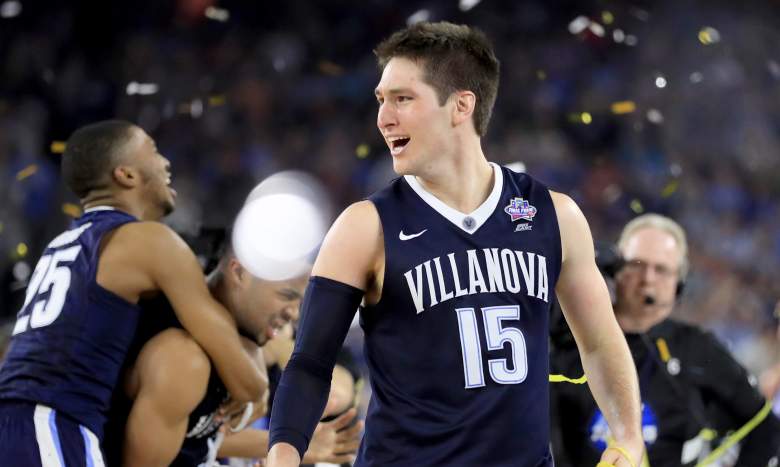 The Spurs have a total of 21 players on their training camp roster, and of the nine listed above Dedmon, Jean-Charles and Bertans are the only ones with guaranteed contracts. Arcidiacono, who won a national title at Villanova last season, and Bryn Forbes are rookie guards who are more likely to wind up with the Spurs’ D-League affiliate in Austin. Laprovittola and Garino are both natives of Argentina, and they were teammates of Ginobili’s with the national team. This spring Garino, a very good wing defender, wrapped up a four-year college career at George Washington.

Richards was a second-round pick of the Spurs in 2010, and he played with the Spurs’ summer league team in 2012. As for Anthony, he’s an established NBA veteran looking to earn a spot on a championship contending team. Of the three on guaranteed contracts Dedmon has the best chance of earning credible minutes, as he’s an athletic big man who blocks shots and runs the floor. San Antonio has 14 players signed to guaranteed deals entering training camp, leaving them one available spot.