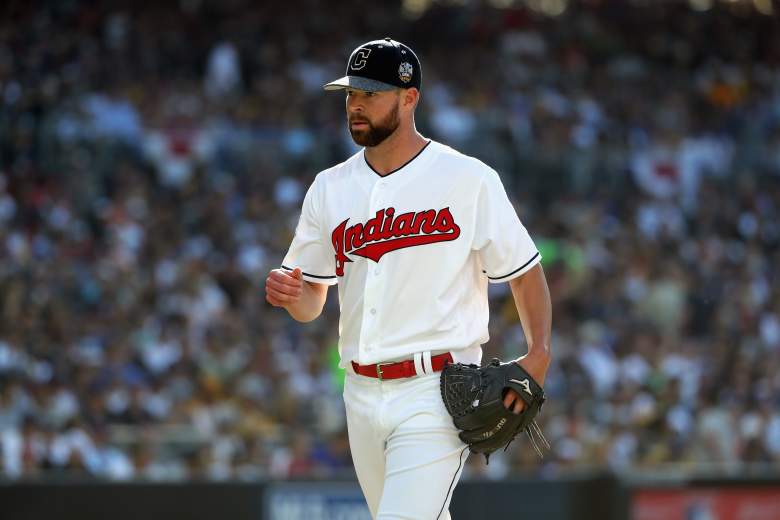 Corey Kluber, also known as the Klubot, was the Cleveland Indians‘ starter in Game 1 of the World Series against the Chicago Cubs. After three innings, Kluber became the first pitcher to ever strike out eight batters in the first three innings.

The Indians went on to win Game 1 6-0, with Kluber striking out nine in six innings. Andrew Miller and Cody Allen kept the Indians scoreless through the last three innings of the game.

The 30-year-old Birmingham, Alabama native already has an impressive resume, with a Cy Young Award for his 2014 season and an All-Star Game appearance in 2016. This year, he will try to help the Indians win their first World Series since 1948.

Here’s a look at Kubler’s life, career and stats.

1. Kluber Is a Cy Young Candidate Again With the Same Record He Had in 2014 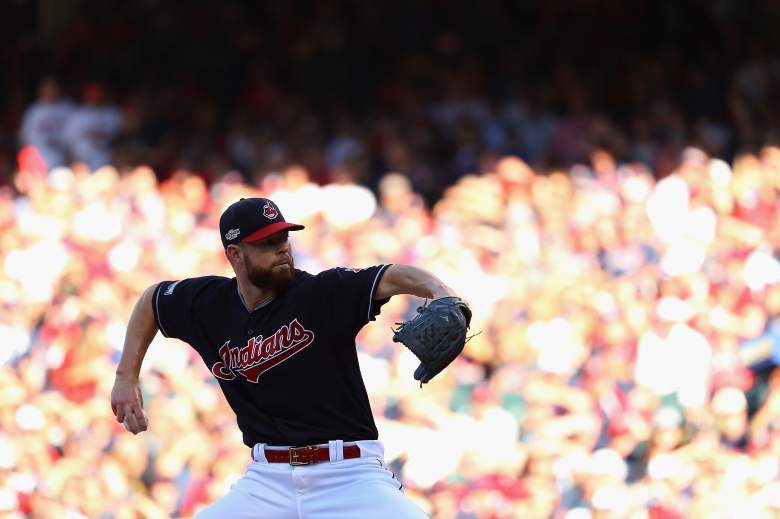 Kubler made his debut for the Indians in 2011 after several years in the San Diego Padres system. He was drafted by the Padres in the 2007 amateur draft and was traded in a three-team deal to the Indians in 2010. Kluber attended Stetson University in DeLand, Florida.

During his 2013 season, Kluber began showing signs of brilliance, finishing the season with an 11-5 record and 8-1 over his last 16 starts. In just his fourth season, Kubler established himself as one of the AL’s top pitchers with an 18-9 record and a 2.44 ERA in 34 starts. Plus, Kluber had 269 strikeouts. His performance earned him the 2014 AL Cy Young award. 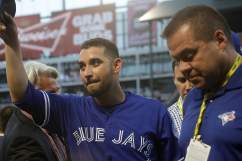 2. Kluber & His Wife Amanda Run the ‘Kluber’s Kids’ Program at the Cleveland Clinic

Kluber and his wife Amanda, who have been married since 2010, work together to run one of the Indians’ Cleveland outreach programs. They run “Kluber’s Kids,” a program with the Cleveland Clinic.

At each Wednesday home game, the couple give a young fan the VIP experience at Progressive Field, giving a child patient a chance to meet players, hang out in front of the dugout and possibly get a tour of the clubhouse. The above video from Cleveland.com shows an experience one child had in April 2016.

3. Kluber’s Klubot Nickname Refers to His Serious Demeanor on the Mound

Kluber has one of the best modern nicknames in baseball, effectionally earning the name “Klubot.” Yes, it can refer to the fact that he’s like a pitching machine on the mound, but it also has to do with his serious demeanor on the mound. However, he insists he’s not like that at all in the clubhouse.

“That’s my demeanor when I’m on the mound, but if you pay attention when I’m in the dugout or with other guys, I’m not much different than they are,” Kluber told the San Diego Union-Tribune in 2015. “It’s just that when most people see me, it’s when I’m pitching. The attention is mostly on you when you’re out there pitching, so maybe people kind of group the two together.”

General manager Chris Antonetti told the Union Tribune that Kluber has a “great sense of humor” and he’s a “primary suspect” whenever there’s a prank.

Indians second baseman Jason Kipnis also told the New York Post this month that Kluber is a prankster, but has rightfully earned that nickname.

“But in between the white lines, man, that guy is robotic in not only his preparation, not only in his facial expression, but in his routine and how seriously he takes it and how much precision he goes about on where he wants to locate his pitches and how he goes about competing,” Kipnis said. “He is as competitive as all hell and just like his last start he is going to find ways shut down offenses.”

4. Kluber Pitches for the Team His Father Jim Cheered for as a Kid 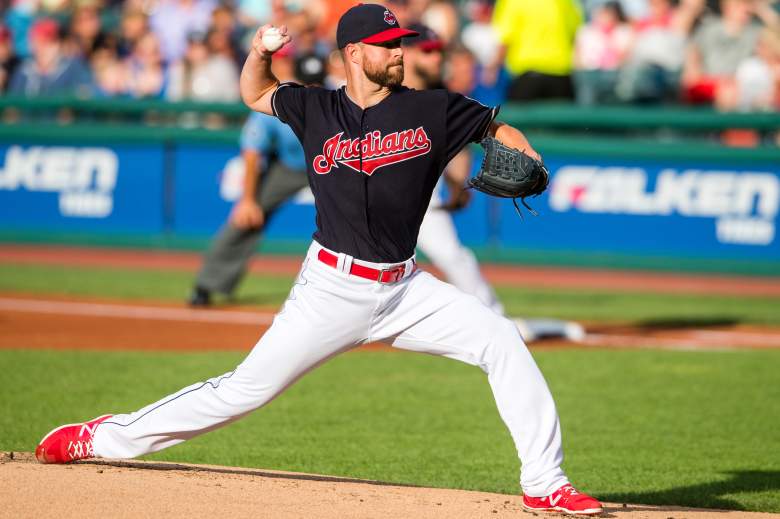 Kluber’s parents are Jim and Ellen Kluber. Although Kluber was born in Alabama and grew up in Florida, Jim was born in Clevland and grew up cheering for the Indians. Kluber getting traded to the Indians was more exciting for Jim than it was for him.

“I knew it would be cool for him. He grew up here and it was the team he grew up watching,” Kluber told Cleveland.com in 2015. “For me, it was just a new team to go play for.”

Kluber’s parents told Cleveland.com that they always record Kluber’s games. One that they remembered the most was Kluber’s 2014 duel with the Seattle Mariners’ Felix Hernandez.

“That’s when it seemed like there might be something pretty special going on,” Jim told the site. “We kept our fingers crossed every start that he’d continue to throw up the kind of numbers that he was starting to do on a consistent basis. It probably got a little more nerve-wracking as the season wound down.”

Kluber’s parents now live on Cape Cod, so they always go to Fenway Park when the Indians are in Boston.

5. Kluber Could Remain With the Indians Until 2021 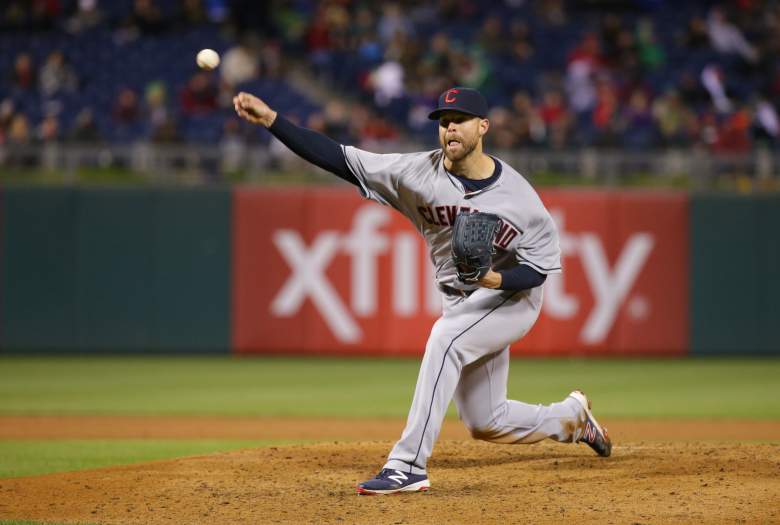 The Klubot won’t need to change uniforms any time soon. In April 2015, Cleveland.com confirmed that the Indians and Kluber reached a five-year deal that’s worth $38.5 million. The Indians also have club options for 2020 and 2021.

So far, the deal has paid off, with the Indians back in the ALCS for the first time since 2007.

“I don’t worry about what people predicted my career path to be,” Kluber told the New York Times in 2015. “That’s kind of a waste to do that. I think it’s better off to just focus on what you can do now to improve in the future. I don’t think looking back makes much sense.”