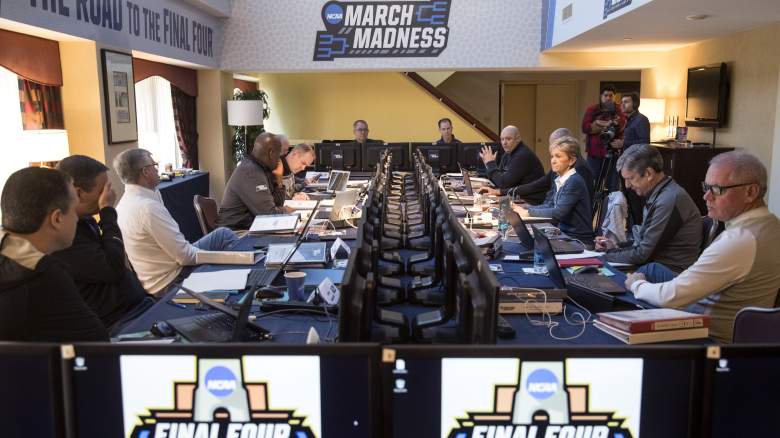 Before you pick a national champion, before you pull your hair out about what 12 seed will upset a 5 seed, and before you fill out your 2017 NCAA Tournament bracket, you’re going to need an actual bracket.

Here’s a printable bracket to get you started, as well as a closer look at some of the most interesting bubble teams that will be sweating out Selection Sunday:

Click the photo to open a full-sized printable version

The good: Syracuse went 10-8 in the ACC–regarded by some as one of the best conferences of all-time–and scored six Top-50 RPI victories (Monmouth, Miami, Wake Forest, Florida State, Virginia and Duke).

The ugly: Every single one of those Top-50 victories was at home. The Orange’s best win away from the Carrier Dome is at Clemson (RPI: 68).

While the Demon Deacons don’t have as many big wins (three inside the Top-50) as their ACC counterpart, their general peripherals are much more favorable. They have the No. 22 strength of schedule, No. 14 non-conference strength of schedule and are 39th in the RPI.

Also working in Wake Forest’s favor: They are playing some of their best basketball at the season, having tallied two of their best victories after the calendar turned to March:

Danny Manning’s squad will likely get in, but the selection committee is no stranger to shocking decisions, so the Demon Deacons shouldn’t be overly confident.

Both the Ken Pomeroy and Jeff Sagarin models paint Kansas State as a tournament-quality team, ranking the Wildcats 29th and 34th in the nation, respectively.

Their resume does have some holes, such as an 8-10 record in the Big 12 and a 56 RPI, but the fact they’ve won several big games on the road is promising, especially when compared to another bubble team:

Kansas St now has more road/neutral wins over top 50 teams than Cuse has over its entire schedule. That's why KState is in and Cuse is out.

According to BracketMatrix.com, a compilation of 117 bracket predictions, Kansas is projected as a No. 12 seed, while ‘Cuse is the first one out of the Field of 68.

Read More
College Basketball
Before the madness arrives, you're going to need an NCAA tournament bracket. Here's one you can print out.