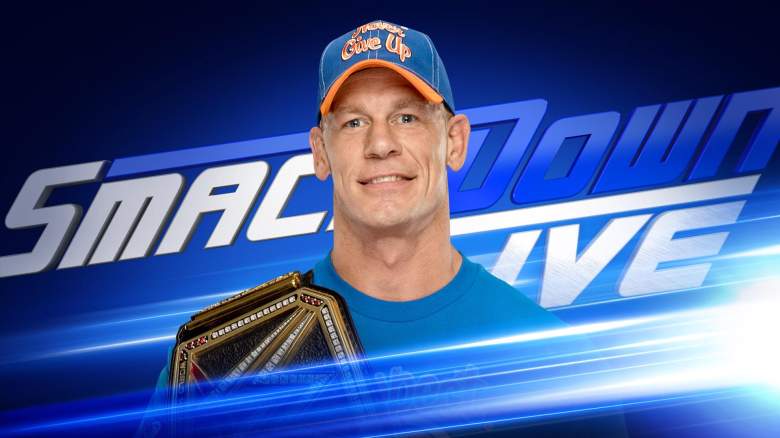 John Cena is a part of the SmackDown Live brand. (WWE.com)

John Cena, along with his real-life girlfriend Nikki Bella, will face The Miz at WrestleMania. Cena is perhaps the most well-known and most-pushed new WWE superstar of the past decade, and during the height of his popularity, he was absolutely unstoppable on the roster. So what is Cena’s win/loss record?

According to Cagematch, the Internet wrestling database, over the course of his 17-year career with the WWE, John Cena has won 78.8 percent of the matches that he has been placed in. He has had 2155 matches in total, winning 1698 of them and losing 402 of them.

The year in which Cena was the most dominant was 2013. That year, he won an overwhelming 95.1 percent of his matches. He fought in the ring 142 times that year, but he only lost six times.

However, Cena losing matches is much more common of an occurrence over these past two years, as we seem to be entering the last stage of Cena’s time with World Wrestling Entertainment. In 2016, Cena only won 58 percent of his matches, or 29 out of 50.

It should come as no surprise that Cena’s win/loss record is much higher than that of his opponent, The Miz. According to Cagematch, The Miz has only won 38.7 percent of the matches that he has been in, losing nearly 60 percent of the time. In 2017, The Miz has won 11.8 of his matches, losing 29 of the 34 matches he has had so far this year.

The Miz is widely expected to lose to John Cena at WrestleMania 33.