Getty The Patriots have won two straight games after losing their opener to the Chiefs.

The 1972 Dolphins may be popping champagne sooner than expected this year. The Kansas City Chiefs and Atlanta Falcons are the only undefeated teams remaining in the NFL.

While not undefeated, several 2-1 teams are moving their way up the rankings. The New England Patriots, Green Bay Packers and Tennessee Titans all had a solid Week 3, pushing them up this week.

The Seattle Seahawks win the award for the most disappointing team so far this season. While the Seahawks have lost to two good teams (Packers and Titans), it is the way they are losing that should be troublesome to Seattle fans. The Seahawks offense looks like one of the worst units in the league. The offensive line continues to be poor as Russell Wilson has spent much of the first three games running for his life.

The Chiefs have won their first three games with two of those three wins coming on the road. Kansas City still has the honor of the best win of any team this season with their blowout victory over the Patriots in the season opener. The Chiefs also have wins over the Eagles and Chargers.

Atlanta is fortunate to be 3-0 as they survived a scare in Detroit. It is still a solid win for the Falcons to pair with their route of the Packers in Week 2.

The Patriots have bounced back after being embarrassed by the Chiefs to start the season. New England defeated the Saints and Texans in their last two matchups to slowly move back up the rankings. Tennessee had one of the most impressive wins of the week with their win over the Seahawks.

At the other end of the rankings, five teams are still looking for their first win. The Cleveland Browns, San Francisco 49ers, New York Giants, San Diego Chargers and Cincinnati Bengals are all winless through three weeks of play. It has been a rough start for New York City football fans as the Jets and Giants have just one win in the first six games.

The Chargers get the “honor” of being named our worst team in the league. The Chargers are following up an off-season full of injuries with dismal play to start the season. While the Chargers sit at 32, an argument could be made for any of the five 0-3 teams. 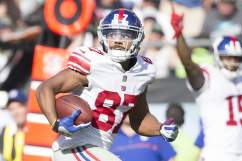